Security drones that are launched to investigate and document intrusions.

My favorite in this category is the Naran Prota Push microbot. As the company says, it’s a tiny robot finger. All it does is push a button on command. (Or pull one up if you stick Velcro on both parts.) but it’s a way of adding smarts to older devices without having to do any rewiring.

I have one on a small blender which has a button which is particularly hard to press for me (I’m quadriparetic) and another on the eject button on my very old DVD player, which didn’t have an automatic eject button at all.

They’re popular for people who have a fancy coffee maker that they just love that which needs a physical push to start.

They’re not cheap: about $240 for the starter set (bridge and three microbots), but they’re engineered well, have their own IFTTT service/channel, and solve a problem that can be very difficult to solve another Ways.

Check out this new device called the push microbot. It’s still in crowdfunding land and it looks to be part of the bigger “prota” ecosystem, but it’s a novel way of being able to automate anything that’s button operated. Hell if it actually takes off we might be able to stop banging out heads against the wall or cursing feverishly when we find out our homes don’t have neutrals wired out to our switches. Push by Proto [image]

You might also take a look at the “impress your friends” project reports list in the community – created wiki. There’s a lot of very cool stuff there.

Prota went out of business for a while and was then acquired by a different small company and is trying to get started again. But at the present time, I no longer recommend that particular brand. There is an alternative, switchbot, which has an official smartthings integration and can do most of the same things, although it’s not quite as well engineered. But much cheaper, and can be bought on Amazon in both the US and the UK. Here’s my review on them:

You may all laugh but it’ll pay for itself in paper savings within a year!!

Clearing Up the Top 10 Misconceptions about Bidets

“Bidets are weird”, “Why do I want cold water shooting up my butt?”, “I thought bidets were just for women.” Have these thoughts ever crossed your mind? Well, here it goes: Brondell is clearing up the most popular misconceptions about electronic...

You may all laugh but it’ll pay for itself in paper savings within a year!!

I’ve been making that argument to the boss for years. No go, still doing it by hand.

I was joking with a friend about asking Alexa to wipe my butt. Just curious which bidet do you have?I think I have to have this capability.

There’s a block of wood that you can connect to the internet now. 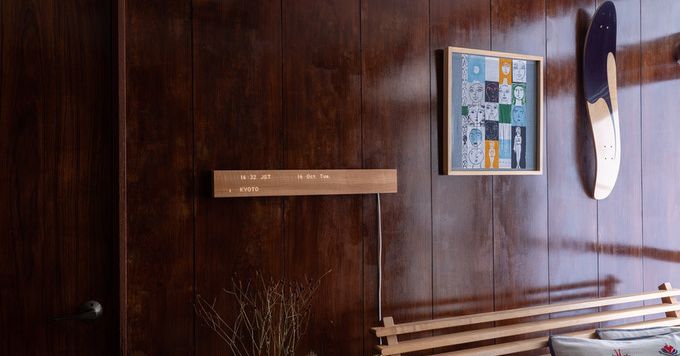 After a successful Kickstarter, the company is moving onto Indiegogo InDemand.

One thing I found in the Marketplace is a device called CoopBoss. It is no longer in production, since production was one man. What it did was open the chicken coop door at a certain time in the morning and close it at a certain time at night. I can’t remember if it used a motion sensor in case a straggler was outside the coop when the door closed, easy prey for the big bad wolf.

This would be interesting to play with: