True or False: HA not ready for prime time

Article on Business Insider concludes that HA is not ready for prime time because:

It’s way too complicated to figure out if different devices will work together. It’s like the early PCs, which were mainly for hobbyists.

Security is often an afterthought. Every security expert I’ve talked to is anxious that these devices are not being built with top-tier security in mind. 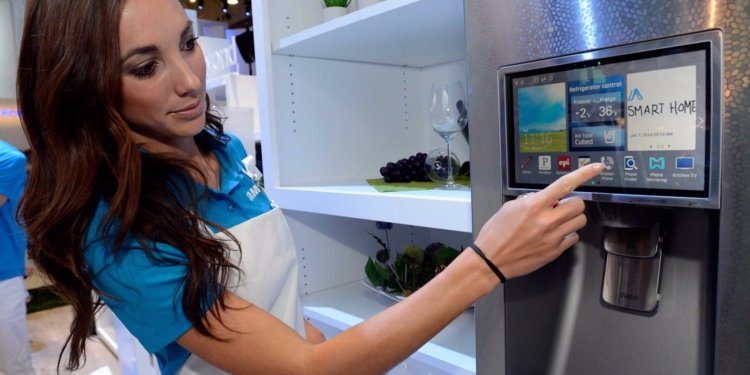 Everybody's pushing the 'smart home,' but here's why it's still not ready for...

The smart home is an awesome idea, but I'm not ready to get there yet.

True, I agree with this article. It’s for hobbyists. My friend, who is pretty technical from a desktop/computer perspective called me up the other day wanting to expand on home automation (he recently bought a Nest). He couldn’t understand what “Works with Nest” was and does he need a hub somewhere, etc. I had to basically explain that right now the home automation market is a bunch of different products and protocols and the best thing to do is figure out your requirements and then I can help him select the right product for him. Not everyone has the luxury of calling someone up and getting that advice and it can be overwhelming to a newbie.

“The first time I can’t make breakfast because I can’t find my coffee machine app, this whole idea is going to come crashing down.”

Best line in the article

[quote=“SBDOBRESCU, post:1, topic:37400”]
It’s way too complicated to figure out if different devices will work together.
[/quote]Oddly enough, this is (it seems to me) the great strength of SmartThings - making different devices work consistently.

“The first time I can’t make breakfast because I can’t find my coffee machine app, this whole idea is going to come crashing down.”

Funny you’ve mentioned this. I have a wemo coffee maker. I can turn it from a widget on my phone, I can tell Alexa to make the coffee, I can go into several apps to kick the brewing, but for some reason, I either forget to load up the grounds at night or stumble my way to the maker to push the button…

You know, I have really been trying to figure out how an IoT coffee maker will benefit me. So I have an app that I can push a button and make coffee (sounds like the start button on the coffee maker). I can schedule coffee to be made at a certain time and be ready right when I wake up (sounds like the timer that is available on almost all coffee makers that cost more than $40).

Don’t get me wrong - I really want to like the idea if a connected coffee maker… but it is just a hard sell when I have a Keurig that has a direct water line.

I totally agree. A lot of those “use cases” seem like a waste. My real world use cases:

large portions of CES itself were given over to smart devices for the home, notably including a completely ridiculous touchscreen fridge from Samsung.

That “ridiculous” fridge can make Samsung ridiculous amount of dough, if used wisely. But generally, yeah, the HA cost/complexity vs. benefit ratio is too high for most people except for hardcore gadget-heads.

Replacing wall switches is a pain in the neck and is not for the faint of heart. Most motion and door/window sensors are butt-ugly and need their batteries replaced every year. It’s just adds more things to worry about rather than simplifying your life. And, of course, if your unfortunate enough to use SmartThings, you need to check your schedules and automations daily to make sure they’re not hung up and restart them manually if they do.

I like my ST HA and will continue to add equipment and features. I intend to invoke even more radical controls. I’m going to centralize a dashboard overview/control device using Arduino when I have time. It’ll take a while and need deep debugging but I have no doubt I can do it. I’ve done much more complicated stuff in my life, even after being told what I was wanting was not then possible.

… even after being told what I was wanting was not then possible.

Anything is possible - you just have to understand the rule of Price, Quality, Speed - pick any two

Actually now that I post that, I think that is where so many people get hung up on HA. They want it now, they want it perfect and they want it cheap…

And most of all they want it easy, when their use case is highly complex!

That fridge… I’m in the market for a new fridge, and I wanted it to be smart but the market is lacking so I’d decided that was not a requirement.

Then came Samsung’s CES presentation, which turned my head.

I’d already discounted the idea of Samsung’s four door fridge, as it was their most expensive model and a bit too pricey. I would have gone a model down (perhaps the model with the drawers and sparkling water).

Samsung have made a mistake by putting this fridge at a $5000 price point. Would it really cost that much to stick a big tablet and a smart hub on a lower priced model? I want a smart fridge (because I’m an enthusiast) but I draw the line at spending $5000.

I foresee this being Samsung’s third failure at pushing a smart fridge to the market.

The system I create will be very inexpensive, under $200 for the control device arduino with all the shields, and I guarantee you it will ge as reliable as a bathtub (can’t wait until someone responds their bathtub is always breaking down!) and will not be complicated to implement or maintain. People who make things may be grinning right now either from knowing how possible and true those statements are, or grin thinking I’m blue-skying the idea. I have no doubt, none, I can do this. We’ll soon enough see.

Personally I don’t wake up the same time everyday, so I have the coffee start when I turn on the bathroom light to take a shower. It makes it so the coffee isn’t sitting in the pot for those days that I sleep in.

I have the coffee start when I turn on the bathroom light to take a shower.

Wait! Did you mean you turn on the light manually?

Only because I don’t want the bathroom light to turn on before we are ready to be awake. We like to pee in the dark when it’s too early to be up.

Trust me… pretty much anything will be a “hard sell” if it’s something you don’t use and have no desire to use… but thanks for the insightful comment!

We like to pee in the dark when it’s too early to be up.

Eew… That’s too much detail, buddy.

Oddly enough, this is (it seems to me) the great strength of SmartThings - making different devices work consistently.

okay you had me until “consistently”.

[quote=“JH1, post:19, topic:37400”]
until “consistently”
[/quote]By consistently I mean the SmartThings way is to adapt the APIs of different devices into a consistent data and interaction model. So you don’t care if half your switches are zigbee, the other half zwave. In ST, they’re all “switches”.