Search for freezer, you’ll find many community members doing this.

This is a good thread:

Hi all! I’ve done a lot of reading recently on setting up a fridge for dry aging meat at home and I’d like to put a humidity/temperature sensor inside the fridge so I can be alerted right away if something goes wrong. Does anyone know if the sensor will be strong enough to transmit from inside the fridge? Also, I’m thinking of using IFTTT to start a log going. Anyone have any experience with that? Suggestions? Thanks!

I use wireless tags in my fridge/freezer. http://wirelesstag.net/wta.aspx?link=MbF54sD3VEqShzU+jz8Cng (referral link) I’m happy with them and there is a community device type and smart app available.

+1 on the wireless tags!

I put the smartsense moisture sensor in my freezer and it was working fine.

The new Iris open\close sensors work. I have 2 freezers using them.

I use the Smartthings open/close sensor with temperature. The temperature sensor works and has the added benefit that it tells me if the door has been left open. The bad thing is that the battery died after only three weeks. I ordered now rechargeable batteries and I put a zigbee repeater nearby. Hopefully that will help.

The freezer is what got me into HA to start with. My freezer died while I was away for three weeks. I could smell it from the driveway when I got back home.

Rechargeable batteries will typically not work in the freezer environment. Also, they’re not really suitable for these kind of sensors which sleep most of the time and then wake up to report.

You can try them and see what happens but I think you’ll get better results with a high-quality regular battery.

How to Choose Batteries

Our detailed guide to batteries will help you to power outdoor devices such as GPS receivers, fitness monitors and cellphones. Includes NiMHs, lithium-ions, alkalines and more.

got the st814 and modified the existing driver to add new features… see here:

Anyone using a temperature sensor other than multi ones? Connected Things

That’s exactly what I get also. Is it because I have a v2 hub or I am trying to use model st814-2 (dash two) version? I have tried removing the batteries and both versions of the device type with no change. no temperature reported

@johnconstantelo are you using a smart app that will alert if the freezer temperature goes up?? I’m also using the Iris open/closed in the freezer.

Hi @llcanada, up until a few days ago I was using the Damage & Danger dashboard to monitor and notify me. Now I’m using SHM and a custom monitoring rule. Works like a charm.

Hey @johnconstantelo Thanks for the feedback. I just look at the SHM and put in a custom rule also. Thanks for letting me know.

How low temperature does it monitor?

Edit: I’ve got ONE PEQ leak sensor (that has temp) and it’ll only drop to 32F.

I swapped it out with another PEQ and that one has dropped to 7F. It’s in a full-height freezer and I do keep it pretty cold.

So I’m going to swap them back again and see if the initial one will likewise drop. There may have been an issue with taking it directly from 72F that it read when I set it up, to putting it straight into the freezer. The one I swapped had been sitting on the concrete right next to my sump pit (for tracking potential overflow) and was reading 53F.

At some point I want to determine just how accurate these are at watching temperature. The tricky part is finding the right thermometer to act as the authoritative one. I have some hand-held Thermapen quick-read stick thermometers. But they’re more designed for testing temp inside of food, not surface temps.

At the very least I want to set these all side-by-side somewhere and see what kind of variation occurs between them. First I’ll have to make some labels to keep 'em straight! 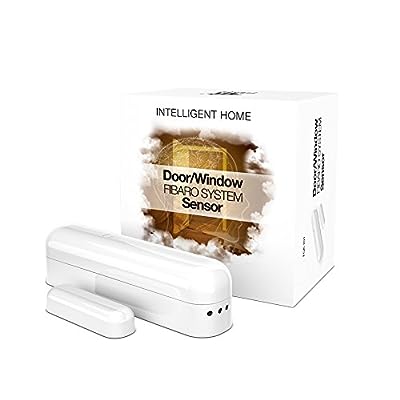 The Door/window sensor is a battery powered reed sensor. It's operation under the z-wave standard guarantees compatibility with the Fibaro system. The sensor expands the capabilities of the system by ... 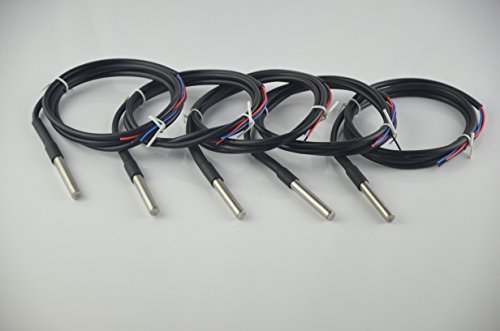 We have a bottom freezer refrigerator where the freezer door sometimes does not slide back in all the way (don’t ask me how I know). So the important thing for us was to be able to monitor when it remained open, more than temperature itself (because when temperature starts raising, you already lost precious times).

We installed an Ecolink Door & Window Sensor $26.95 (attached with RC hobby double side tape) under the sliding door and so far it’s been working flawless.
The sensor is a little bulky, but this gives more surface for the double-side tape to adhere to. It also feels sturdy enough to endure the open/close vibrations.

All that’s left to do is set monitoring in the dashboard so that an alert is sent if the door remains opened for more than a minute (no need for added application). 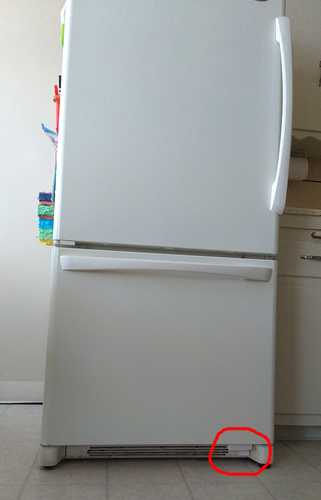 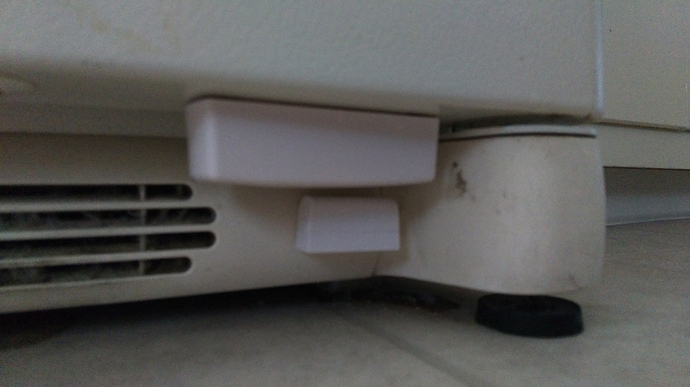 How do you connect the probe to the Fibaro, I looked at it and can’t see how?
Thanks

Is this what you are after?

If it is, connect the temp sensor before you pair with ST hub.
Use the DH mentioned.

I asked before I bought, I have it now and it works! Thanks.
I’m going to mount it by drilling a hole through my upright freezer door for the DS18B20.
I have it mounted temporarily in my other freezer with the probe running through the door. Monitoring for a day I’ve seen it swing from -6F to +6F, is that normal? It probably is for a fridge/freezer which gets opened regularly? The upright freezer will probably be much more stable but my concern is with the device handler and cutting down on the wakeup reporting and battery life and how to tweak it. I’m using:
JJ’s Device handler
Thanks again

Mine is mounted in my aquarium and I’m not seeing much fluctuation which I suppose is expected.
I’ve set a fuel stream up and it is interesting to see how the temp does follow a regular daily pattern.