@codytruscott I just stumbled across the Leeo product. I have 6 hard-wired combination smoke and CO detectors in my house. They are disconnected from my ST setup and I’m trying to figure out how to loop them in. The Leeo product seems perfect for me since I’d rather buy one “monitor” for $49 than 5 new Nest Protects (or similar for $50-100 each). Am I missing something? I am considering buying this product and integrating it through IFTTT, but if you know of an alternative I’d love to hear it.

Why not just use a mimo lite? It’s zwave. The more cloud to cloud products you add, the less reliable your setup will be.

Thanks, I’ll have to look into that. I am not that familiar with it, but it appears to be a simple relay w/ z-wave connectivity? I saw some posts where users have installed a simple Kidde relay switch (I have Kidde detectors) but then had to pair that with some kind of z-wave sensor like a door sensor to get notified. I assume the mimo lite eliminates that so you just have to figure out how to wire it in to the smoke detector and mount it to the ceiling? Will do more research…

I think there are some threads that explains the use case. The mimo lite both actuates and senses.

I would like support for the Lutron LZL-4B Zigbee remote. It is the same shape and size of the Lutron Pico but uses Zigbee instead of clear connect. These remotes are the only ones I have seen that are battery operated, can mount anywhere, fit a standard Decora wallplate, and look like they were an original install, not an add on device.
They are meant to control Hue bulbs, but it would be great to use them to talk to the ST Hub to turn on/off lights via their connected dimmers or switches or to control other scenes/routines.
They also make good handheld remotes, but the greatest feature is that they are unobtrusive when wall mounted and look like they were meant to be there and not an afterthought like so many other button controllers.

I would like support for the Lutron LZL-4B Zigbee remote. It is the same shape and size of the Lutron Pico but uses Zigbee instead of clear connect. These remotes are the only ones I have seen that are battery operated, can mount anywhere, fit a standard Decora wallplate, and look like they were an original install, not an add on device.

The Lutron LZL4B is a nice device.

Smart things has been working on an official integration, and so have some community members, but nobody has it quite working yet.

There are couple of other alternatives, most notably the Cooper 9500 which is a zwave device that fits all the requirements you listed.

Thanks, I wasn’t aware of the cooper switch, it looks like it fits the bill. I will give it a try.

I believe 5 exists already with a community solution, and I know 3 does as I use it and it’s brilliant.

I could have missed a community integration for this, but afaik the roomba wifi series 900 wont work with the thinking cleaner integration.

Edit: looks like there has been some progress, but still no device type for the 980.

I have a question hopefully someone can answer. Are there any light switches which are considered “local” devices?

Here is my scenario. I have a room with two light switches (which we’ll call A and B) which control separate sets of lights. When the room was remodeled, I would’ve preferred that one switch controlled both but it was too hard to do for a variety of reasons which I won’t get into. What I would like to happen is that when you turn switch A on when entering the room, switch B will also automatically turn on.

I’m currently doing this with Wink and two Lutron Casetas, but there is significant lag before the second switch turns on. I was hoping to replace those with two SmartThings-compatible switches and eliminate most of the lag. Thoughts?

I have a question hopefully someone can answer. Are there any light switches which are considered “local” devices?

That would be going pretty far off topic for this thread, but start a new question under devices, and you’ll get lots of answers. The short answer is, sure, any zwave switch on the official compatibility list is eligible to run local. And “smart lighting” automations (that’s an official feature), which are eligible to run local, could tie the two together.

Thanks JD! Sorry, I thought this was the general thread to ask for device suggestions.

Thanks JD! Sorry, I thought this was the general thread to ask for device suggestions.

It is, but you’re getting into specific questions about existing devices, in particular local operation of particulae zwave switches. That’s a whole different kind of discussion.

So I just think you’ll get better answers if you set up your own thread where we can really discuss why the answers are what they are for different brands. 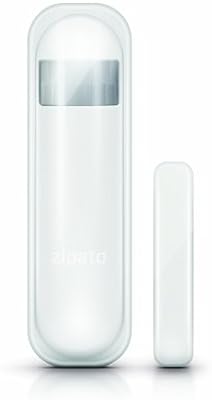 As a multi-function Z-Wave sensor, the Zipato Z-Wave Multi-Sensor Trio monitors a door or window for open/closed status, measures the room's ambient temperature, and measures light levels. It can be u ...

I have 2 of these, and would love to be able to fully utilize them with my ST V2.

Lutron Caseta - It would be great to have it work with Smartthings becuase for those who don’t have Neutral wires in their switch boxes can use this instead and not go and try some untrusted Z-Wave switch that doesn’t require a neutral wire. This can be added using a Hub-to-Hub Connection. Lutron Caseta has its own hub so Smartthings can tell it what to do and the Lutron hub can control the lights until Smartthings creates a hub that has Lutron RF built in that controls the switches directly.