Hi, there is a new update to MediaRenderers events smartapp, now have more then 200 stations, included season christmas, try it

Hi @Patrick_Callahan, thanks you for the donation I´m happy you support this develop I hope to release more features and smartapps

@ule is possible to synchronize DLNA speakers to multiroom configuration?

I’m thinking to use raspberry PI with AVS 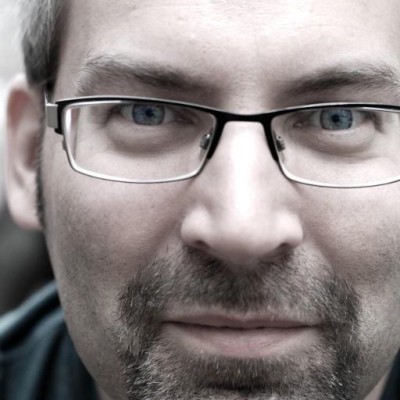 gmrender-resurrect - Resource efficient UPnP/DLNA renderer, optimal for Raspberry Pi, CuBox or a general MediaServer. Fork of GMediaRenderer to add some features to make it usable.

hi @plantucha, it depends on each device, some devices like jongo and sonos suport grouping to syncronize the sounnd in different speakers, sonos have a good documentation for that but I dont known how jongo works, each brand use a custom sync way. If you dont want a sync audio, you can send the same file or streaming to several speakers , but they dont going to be in sync, most dlna speakers do not support in sync.

is there a way or app on Android that would make a spare tablet an endpoint? prior to coming to ST, I had Vera Alerts do this. looking for similar.

I have a v2 hub installed.
I have a smarttiles panel installed on a wall. I have installed both media renderer and player. Everything ok I can see the media player under things. Now I added app Speaker Notify with Sound. I can hear messages when motion and so on. It seems that I am not able to play music. On my smart tiles tablet on the wall I have several music albums and I would like to play them (and stream to DLNA) without leaving smart tiles, is there a way to do it?
thanks

Hi @sballoz , You can play music in background, just use a control point and expose your music with a dlna server (UPnP Monkey or Bubble UPnP)

If you’re wanting it for speech notifications, my LANdroid will do that. The Android portion should be live (free) on Google Play soon, the rest free here.

Hi Ule and thanks for the tip.
I can now press play and stop and it works, is it correct that it does not allow me to move to next and previous song of my playlist?
thanks again
fab

I’m thinking about trying to repurpose an old bose sounddock to use with this app. Can anyone recommend a moderately priced hardware device that could be plugged into the aux port of the sounddock?

Thanks @ule I will roll the dice with the least device.

I have this working well with Kodi running on a Windows machine and my Onkyo TX-NR609… thanks for that! Should it also work with a Chromecast Audio? I could only find one post via a search.

I’m struggling with this as well, as I have several quality Bluetooth speakers and would like to populate them with Chromecasts.

Forget it, remembering what i did wrong, haha

Not sure what I’m doing wrong, but whenever I try to use this it just crashes my SmartThings App. I’m trying to use it w/a Logitech Media Server setup and I’ve added the Connector SmartApp, run that, then add a device (or even just try to click on the player shown as a ‘thing’) and it immediately crashes the actual app on my phone.

Really not certain what’s going on - DLNA from the software works fine via Windows Media Player on my PC.

Edit: Just realized I also have a Plex and WHS DLNA server on the same machine as LMS. All show up fine on WMP, but might be the issue? No idea.

when a new dlna player is installed, the default name is “(your device name) speaker” , if you have a device named “thing” is not a speaker, “thing” its a common name to devices who has not recognized by smartthings, maybe other device you have.

My suggestion its to uninstall the MediaRenderer Connect and the Player device type, and start again the process, its easy just follow the instructions

I did actually do that (uninstall/delete and reinstall) - both the connector and the device type. Tried a few times to make sure I wasn’t screwing something up. The names of DLNA items have come up after running the connector, and then I’ve configured (named, selected, etc.) Once I select that item, it crashes the app.

In the IDE/web interface, the DLNA speaker device does come up correctly, the simulation displays correctly, etc., but not in the app.

Just to run through my process (v2 Hub/app):

It appears the device is sending a message to the app when the app sends a refresh in the device events list. It’s an unknown message type, value of “08557fb6a74822f2e0b5a8faead415a8”.