Currently using sharptools,tasker, and auto location to open garage. It works extremely well but I’m wanting to know down to the exact time that the garage starts to open upon arrival and when it starts to close on departure, trying to get it tweaked to work a little faster on these tasks. Any ideas?

Soooo, I’m supper annoyed with the presence sensor battery life… so this is what I’m doing. Since a CR2032 battery is 3v and ~240mah I figured I could take two AA batteries in series to get 3v and 1900mah capacity. HUGE difference! about 8x the capacity of a 2032 battery setup. I purchased a few battery cases with leads and project boxes. I’ve already made one for my motorcycle and popped it under the seat. So far, so good. I just want it to last more than 3 months! If the increase in compaticence is even a lowly 50% efficiency gain, which I am guessing it’s far more than that… the thing should last more than a year. If the efficiency is closer to 100% then I can probably expect 2 years out of this thing. I plan on making 2 more for my car and my wife’s car. What I do is set up …

You should have very little lag w/ this setup.

What device(s) are you using for the garage?

This might not help as it seems your solution works well but I gave up on presence sensors after repeated failures with the SmartThings presence sensors, which are near useless so far as I can fathom. I can’t use a button approach as I normally arrive on my bike not in a car. Didn’t want phone based presence alone to trigger opening of course (stolen phone scenario) so I ended up with “Hey Google, turn on the garage door motor”. This just uses the Google Home - SmartThings integration to activate the Z-Wave Fibaro relay on my garage door. Responds surprisingly quickly. Had to add “motor” on the end to differentiate from the “garage door” sensor which is used for “are there any doors open” etc.

Completely understandable when you don’t have a solid zigbee mesh. I had problems too until I had enough zigbee repeating devices (outlets/switches) to have a solid mesh through out my home. Also making sure WiFi (yours and your neighbors) aren’t interfering w/ with zigbee can help, but that part has been thourghly covered here already.

If I understand correctly, this is related to this previous post Red triangle with! on location (Tasker and SharpTools) wherein you’re using a custom Tasker profile with the AutoLocation plugin to determine your presence.

Have you tried adding additional logging to the Tasker Profiles to better understand what’s going on and where the timing limitation is?

Red triangle with! on location (Tasker and SharpTools)

I would also make sure to run the (de)optimization steps for Tasker noted here:
https://tasker.joaoapps.com/userguide/en/faqs/faq-problem.html#00

For knowing the exact time that things happen, using similar logic as above you could set Tasker variables with the %TIMES value as discussed in a previous PM chain:

Here’s an example with the %TIME variable being used in the content of a notification directly making it easy to see the time it occured. 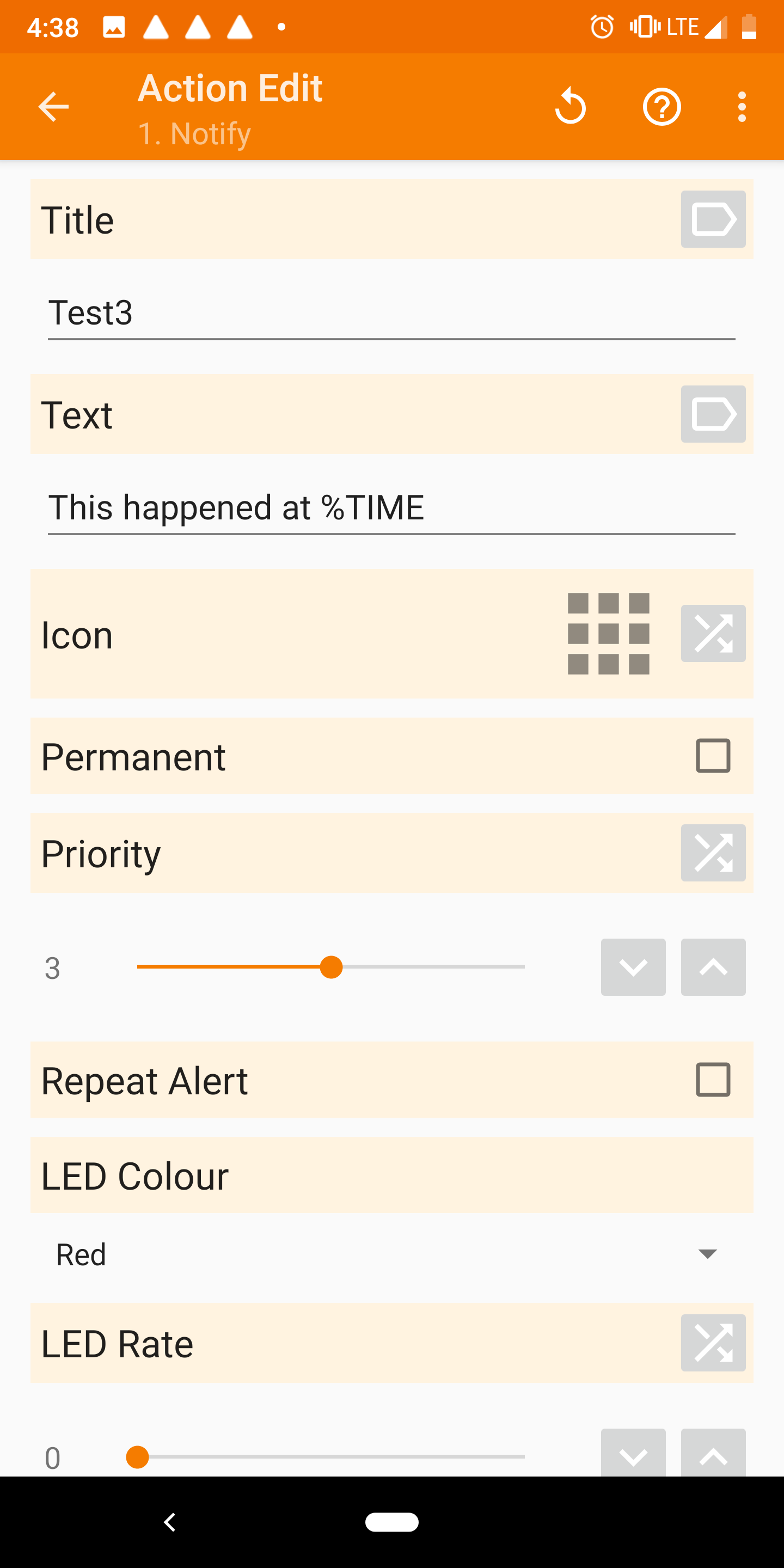 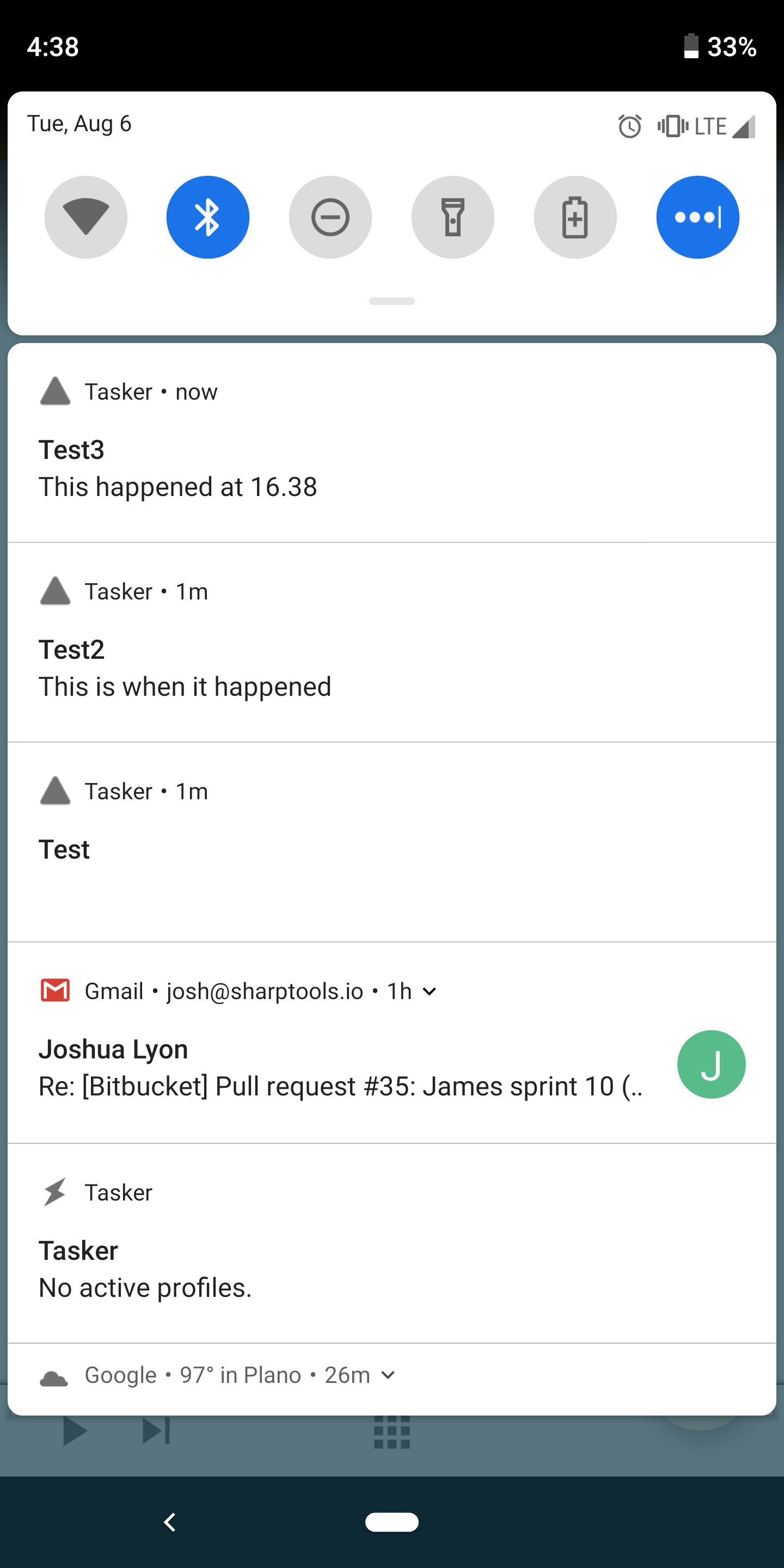 If you need even more precision you can use %TIMES which is the time in seconds (Test4 notification): 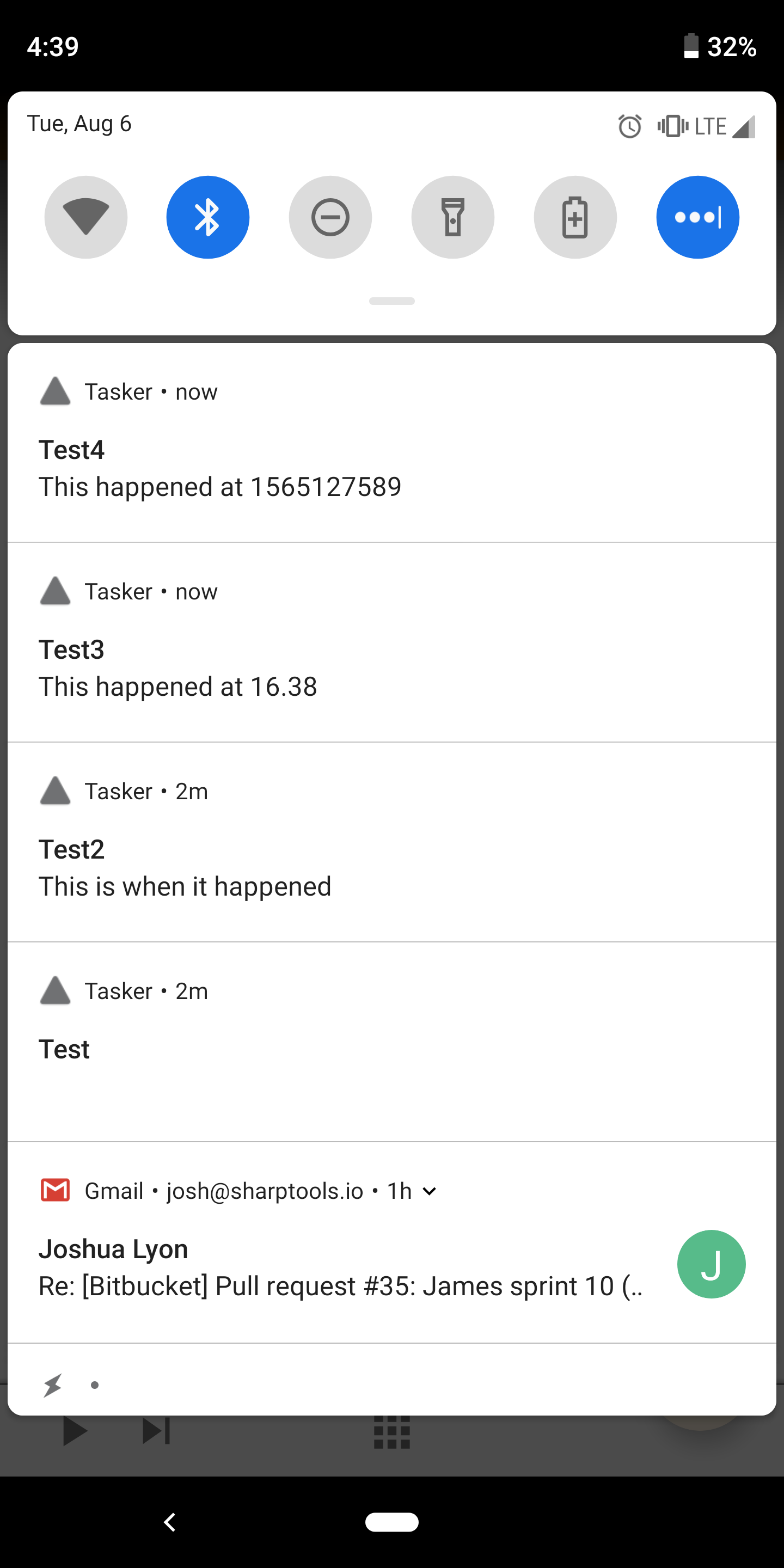 I use life360 presence and WC rules to open garage, unlock door, and choose correct routine/