New "Tile" out Key Finder Out. Has anyone looked at these as a presence sensor? 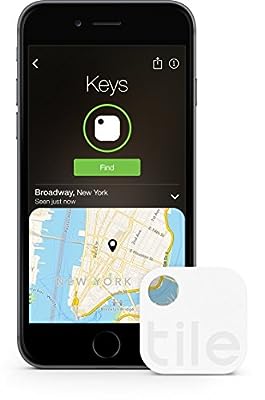 For those days when the remote control seems to have walked off the face of the planet, there's Tile. Tile is a tiny Bluetooth tracker and easy-to-use app that locates everyday items-like your phone, ...

I looked at getting a few of these (independent of ST) but at the time decided not to because they where $25 a pop and basically disposable after a year (the battery was not replaceable). Fast forward though and an investment in ST and now I’m wondering if the newly released ones can be used as a presence sensor.

“Tile is a tiny Bluetooth tracker and easy-to-use app that finds your phone, keys, and anything you don’t want to lose - in seconds.”

They’re still disposable but now you can get 4 for $70 and if it can be used as a presence sensor on ST, then it might be useful to me.

I’m wondering if the newly released ones can be used as a presence sensor.

The sensors are BLE aka Bluetooth Smart. Once the bluetooth radio on hub V2 is turned on (no ETA) it might be possible.

It won’t work the way you want unless someone writes a smartapp for it. The problem is the edge case where you’re standing right at the limit of what can be detected.

So let’s say the boundary for connecting the Bluetooth tile to the hub was right at your door mat.

You get to the mat, and whatever subscribes to the presence of the tile says OK there you are.

Your neighbor is walking by and says hello. You turn to wave at them, and you just took your tile out of range again. So now for a presence standpoint it looks like you left again.

Even if you don’t move at all, somebody could move in the house (human bodies block Bluetooth) and suddenly it looks like you went away again.

There are various ways of dealing with this edge case issue. Like I said, the most typical is some kind of Debounce logic. But a tag which is used for “find me” applications doesn’t typically come with the debounce logic because the assumption is the searcher is trying to move closer to it anyway. So that logic would have to be added in some way.

I’m not saying it’s impossible, just that simply adding a Bluetooth antenna to the hub isn’t enough to turn the tile device into a practical presence indicator.

I use I beacons now for presence, and don’t need a Bluetooth antenna in the hub to make it work. I use the IFTTT maker channel. There’s also an oby version just coming out which has a more direct smartthings integration.

Although they cost more, I prefer Ibeacons to tiles for this purpose because they have some additional features, like being able to modulate the signal strength, which lets me set the region size, something I can’t do with tiles.

Hello, Would it be hard to add Bluetooth detection to the iPhone and Android apps? This really helps out a lot. I purchased a very cheap iBeacon on Amazon. http://www.amazon.com/Geohopper-iBeacon-with-Power-Supply/dp/B00N17AU4K/ref=sr_1_2?ie=UTF8&qid=1429680236&sr=8-2&keywords=ibeacon I then created a scene with Tasker that detects when that iBeacon comes in range. Finally, I used SharpTools to set my presence detector to present() when it detects that iBeacon. In addition, I have it set away() when I am at my iBeacon at work, or when I connect to my car. My Moto X does the same thing for its Home Detection schema, and Tasker has a very rich set of options for detecting home as well. It seems like a very easy addition for SmartThings. Until then, I’ll keep using @joshua_lyon’s aw…

Unfortunately, tile is a very closed ecosystem.
There is no public API, and you can’t even use tile as a proximity sensor on Android like you can with most BLE devices.
I would recommend getting the smartthings arrival sensor instead or use it in conjunction with tile.
While in your home use the smartthings app to page your keys and while on the road use the tile app.

IoT keyrings still have a way to go as there is no “one ring to rule them all”. I’m actually looking into a third fob, called everykey for proximity unlock of personal portable electronics.

My point is right now key fobs are a “bolt more on” Instead of a “build more in” concept for the tech industry, probably because that’s the way we’ve treated keys for the past couple centuries, we just add more of them…

If someone knows an app capable of scanning BT beacons to determine the UUID, the major and the minor of the Tile device, then it’s easy, we can add the UUID in an app like Geofency and use the Tile to trigger the presence.
But I don’t own a Tile and I cannot try, so I can’t tell if it is possible to determine the UUID.
Also I don’t know what app would be capable to find out the parameters of all BT beacons in the vicinity

The Apple standard encrypts the UUID broadcast , specifically to protect privacy. Your app has to know at least the proximity UUID before it will be able to decode messages from the iBeacon.

The tile will not show up in any iOS IBeacon scanning app for this reason.

Although normally you can do a little more with an android app, tile separately encrypts its own Messages for privacy reasons. It is not following the iBeacon standard and uses proprietary messaging.

I haven’t heard of anyone who has hacked it. As far as I know they can only be detected meaningfully with the tile app to which it has been paired.

Note also that it offers two way communication between the tile and the phone app, so that you can use the tile to find the phone. That’s not available with a device that follows the IBeacon standard. So technically it’s usually referred to as a “Bluetooth tag“ rather than an iBeacon although colloquially people often call it either a beacon or an iBeacon.

Thanks JD, it’s good to know, I did not know about encryption.
What I don’t understand is this. A company like the one that makes the tile pro, they have such a nice product, small, good looking, performant, with 300 feet coverage, it would be very easy for them to create, based on the same beacon technology and hardware, another product with a different purpose, a presence sensor. This one one would be even less complicated, no need for two way communication, and beeper built-in

As a presence sensor, it would require a hub. And at that point the customer service costs go way up, because many people buying it just don’t have any real idea of how to set it up and use it.

When you sell a single purpose device with a proprietary protocol and all it needs is your app, there’s not much that can go wrong. Keep your customer service cost way down, which in turn helps you keep your device cost down.

There’s a big market for item trackers that don’t have to work with anything except a phone. Tile is doing well in that market segment. I don’t see any business reason for them moving into anything that’s either hub-based or requires integration with another product.

Sure, it would be nice for us as customers, but I just don’t think it makes business sense for them compared to what they already have.