I have the following motion sensor outside on my front door, and it’s going off due to false positives and/or bugs (it’s outdoor and I seen a bug flying in front of it setting it off). 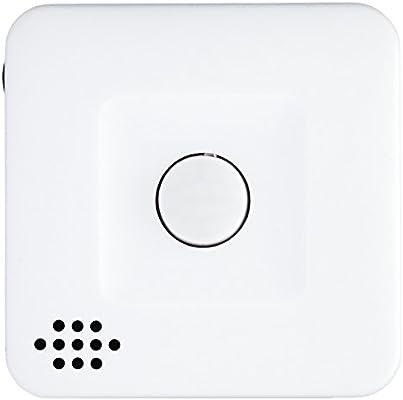 The 3-series micro motion sensor adds both security and advanced home automation features to your connected home. You can be notified when there’s movement in a certain area and even trigger lighting ...

I seen a few post on here, and one of them I liked was some method of using 2 motion sensors. The only problem is that method is out of date, and I have a feeling there is much easier/cheaper methods to go with. Looking up Ring it uses IR. Is there a bunch of false positives with their system? Is IR good for outdoor use?

BTW there is a little bit rush for me to get this one fixed. I have my motion sensor hooked up to my Google Home devices. When someone goes up to the front door, it alerts everyone. Some of the people were sleeping, and they weren’t too happy about this. So I’m looking for something with pretty much 0 problems with bugs and false positives. Any tips would be welcome

Would something like this be better? If so why or why not? https://www.amazon.com/Bosch-Pro-Grade-Wireless-Detector-ISW-ZPR1-WP13/dp/B00PRBMDKW/ref=sr_1_4?ie=UTF8&qid=1528252174&sr=8-4&keywords=outdoor+motion+sensor+smartthings

From my experience using any IR motion sensor outdoors, especially for security, is useless.

The multiple sensor thing isn’t possible right now since the 1 place I found that did it stopped working on SmartThings, and no one has posted the piston. Smart Zone motion detector (Zone Motion Manager) [Deprecated -- no longer supported] - #151 by juddtracy

Maybe a pressure sensor mat switch? They may manufacture a zWave or Zigbee pressure mat but I don’t know what the cost would be. If you are good with a soldering iron you could buy a mat with just the switch and wire it to an open/close sensor.

I can tell you right now that isn’t an option. Like it’s a good idea, but not for where this will be. Also in the future I’m getting a farm. The house will be off the road, and I’m thinking of having driveway columns and putting a laser going across there.

I’ve thought about doing this at the place I have now. But I can’t put a receiver in or drill into the brick. It has to be battery powered. Like if there is a battery powered one where I can put a sticker on the wall, Then that could work. But I’m not finding anything like that.

I used to had issue with false alarm. Mine was not due to flying bugs. Mine is mostly due to cloud. I have so many issue during the day and summer season. Try to pay attention whether you are experiencing this the false alarm in the dark of night. If you do not have any issue at night, Look for the BOSCH that has tritech. It is not the one you mentioned in the link. I have good luck eliminating the false alarm with this sensor. Take a look at this thread.

I have no affiliation with bosh. I used a lot of their stuff. I feel your pain about the false alarm. I hope the bosch can help you.

Have you had a chance to look at the outdoor motion sensor FAQ yet? Although the posts are older, the technology has not changed. For example, it does discuss the options for driveway monitoring.

I am looking for outdoor motion sensors to monitor my yard. I bought a pair of the Aeon Labs Aeotec Z-Wave Multi-Sensor and am quite unhappy with them. Even on the lowest sensitivity setting it randomly sends alerts, some perhaps due to clouds changing the lighting (even though PIR is not supposed to be susceptible to this) and others I can’t explain at all. With several false alerts a day this thing is just useless. The Smartthings Motion sensor works great, I have some in my house, but it is indoor rated only. The Schlage / Nexia motion sensor is also indoor use only. I am hoping someone has come across an outdoor rated motion sensor they have been able to pair with the Smartthings hub.

If you want to start with a shorter thread that might be specific to the sensor you currently have, see the following:

I have a PEQ motion sensor similar to this one (https://www.amazon.com/PEQ-3305-P-Motion-Sensor-White/dp/B00P8839DY) It is for indoors, but I was wondering if anyone uses a similar PIR motion detector outside? I want to put this under my deck near the front door. So it will be out of direct sunlight and rain. The deck is also covered so i don’t think the sensor will get too much weather exposure. Any advice? Also what is any experience of using a PIR motion detector through glass?

I’m guessing by the smartapp that you said is no longer available is that you are referring to Mike Maxwell’s zone manager? That’s no longer needed because you can do exactly the same thing with webcore.

I bought the one I linked. Other than the 3 min thing, it seems to be a good motion sensor. I haven’t had a signal false alarm yet and I had it almost half a week now.

When it was happening on the old one, it was mostly at night. During the day for the short time I had it, the days were in the upper 90s. So I think it was too hot for bugs or anything. But when it triggered once, I seen a bug flying around it. Any case, it seems to been good for inside use only if anything

Like “iharyadi” said, I also used to have this problem. My SmartThings PIR motion sensor was installed outside above my house door but in a weather covered area and it would very often get false positives. I was about to give up on this until I came across the Bosch motion sensor, specifically the “Tritech” which has both the PIR sensor AND the traditional sensor that senses mass such as your typical outdoor security light motion sensor.

The PIR sensor alone is way too sensitive to pretty much everything that is outdoor, so this motion sensor has an additional sensor that is not PIR so in order to trigger, both built-in sensor types must be positive. Here’s a link the that sensor for Amazon. Trust me, don’t pay attention to the 3-star review. It took me a while to made up my mind on this sensor due to Amazon 3 star review, BUT I am so glad I bought it! 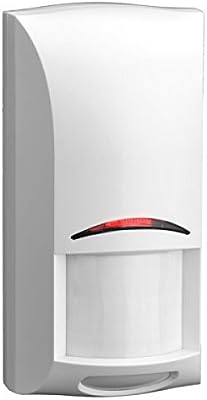 I’ve had one of these on my back patio for the better part of a year. It has been working smoothly until it recently started triggering every minute. I checked everything, even sat outside with it, checked for spider webs, bugs and nothing is obviously triggering it. Battery still reads 100% thru Wink Hub2. I hope these things have a year waranty. I have already attempted removing battery, doing a factory reset and re-adding it to the wink hub. Its still persistently triggers motion every minute.

Is there an app or patch for ST that requires 2 motion sensors to be tripped to activate the alarm but still only takes 1 contact sensor? The people at IRIS finally made this available and I never had any false alarms after that. My areas all have 2-3 motion sensors so the system worked perfectly.

I am looking for an app that will let me set my alarm parameters to require 2 motion sensors to be tripped before the alarm is triggered. My IRIS system finally made this available and I never had any false alarms after that.