The review about the GE switches requiring firmware upgrades scares me. My entire house is outfitted with them…

The review about the GE switches requiring firmware upgrades scares me. My entire house is outfitted with them.

Yeah same thing here… I wouldn’t mind incorporating it into my system.

Yes, I migrated to the 2 hub and the speed was fantastic. Local control of robots. Made a big difference. But I now have a hosed Wink2 hub after the last update and after 3-4 hours of troubleshooting and the need to go to the remote location there is still no answer. I am investigating ST as a backup plan in case this fails. I do like the fact that ST can be customized scripts.

I was seriously considering Wink before choosing SmartThings. As I am now somewhat ‘invested’ in ST, I will choose to stay here for the time being. I have no need of multiple hub-based automation systems. But it’s great to see advancement on all fronts. Indeed, most users will not want to be writing ‘rules’. They will just want what they have to do what they want when they want it done!

Of course, the latter is functionally identical to the former.

I think this means that the voice interface will become more and more important. Where ‘smart’ homes will really take off is when you don’t need ‘pistons’ to do what you need done. Where they will take off is the same point that Alexa took off: simple voice interaction.

User: "Alexa (or okgoogle, or Siri, etc), I want the foyer light to go on automatically at 50% when someone unlocks and opens the front door from outside."
System: "Are there any other conditions?"
User: “It has to be at dusk or later, and it should work whether they enter a lock code or use a presence sensor. And if there is no motion in the foyer after that, the light should shut off.”

And the system should, from that conversation, be smart enough to build those rules.

User: "Alexa (or okgoogle, or Siri, etc), I want the foyer light to go on automatically at 50% when someone unlocks and opens the front door from outside."System: "Are there any other conditions?"User: “It has to be at dusk or later, and it should work whether they enter a lock code or use a presence sensor. And if there is no motion in the foyer after that, the light should shut off.”

And the system should, from that conversation, be smart enough to build those rules.

[quote=“Glen_King, post:117, topic:58546”]User: "Alexa (or okgoogle, or Siri, etc), I want the foyer light to go on automatically at 50% when someone unlocks and opens the front door from outside."System: "Are there any other conditions?"User: “It has to be at dusk or later, and it should work whether they enter a lock code or use a presence sensor. And if there is no motion in the foyer after that, the light should shut off.”

And the system should, from that conversation, be smart enough to build those rules.[/quote]

I saw that movie. 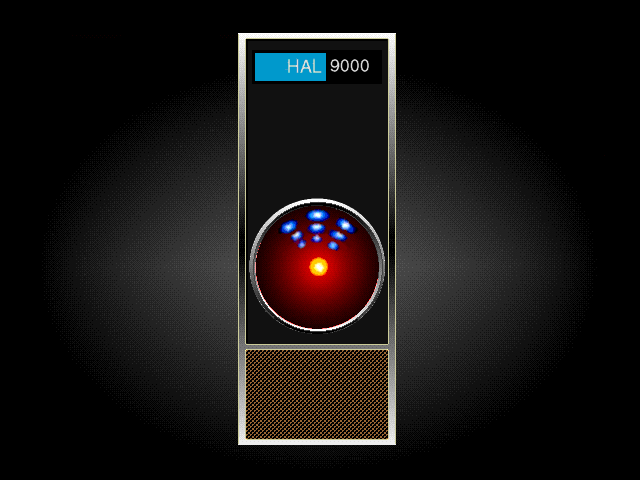 I saw that movie.

Yeah, it never ends well. I saw that movie, too…

With the standard disclaimers of I can only comment on what I know and this is not an official statement, etc… There will be no migration tool from V1 to V2. It's possible there will eventually be a tool from V2 to V2 (in case of hub replacements). If that happens, it is also possible (but less likely) there will be one from V2 to … whatever comes next. V1 isn't EOL until it no longer connects to our platform. That may happen someday, but it hasn't happened yet. That said, I wouldn't expect updates for it unless it was something serious and/or security related.

I use both smartthings and wink for different uses. I frankly have a couple of devices that simply don’t work on smartthings so originally when i got smartthings i kept my wink hub active for my smoke and carbon monoxide detector as well as my tapt switch. However that piece of crap drops off the wink hub as well. Anyway there’s stuff i can do in st i can’t do in wink (i made a custom script to unlock my front door whenever someone came home with a location sensor /phone but it would lock the door again automatically when the screen door closes. That’s impossible on any other platform) but on the other hand i get faster local light control with my wink relay and alexa never tells me “not responding”. But then again i had a software update brick the relay and had to exchange it. I wish for an easy way to have smartthings “just work” with wink devices, possibly with oauth. All i can do right now is send commands but their api allows you to read the states of sensors and lights through get and post. That would be neat and allow me to tie everything together seamlessly. Imagine smartthings blinking my hue lights (wink integration of hue is incredibly slow) when my kiddie smoke detector goes off. Imagine having smartthings controlling lutron lights (i have a wall switch downstairs) without some kind of hacked telnet server. Imagine triggering smartthing scenes from wink robots (this would allow the touchscreen to control smartthings). The need is there.

Anyone knows if the Smartthings Motion (multi sensor) and open/close sensors work on the new Wink Hub 2?

Some suggest that it needs Zigbee HA 1.2 which I believe the Wink Hub 2 does. Just not sure if they will probably link up.

Otherwise any ST hub 3 on the horizon? I believe the latest fw release fried my unit (been down since) and off course it’s out of warranty period so I’m likely SOL.

Not to mention they cannot get presence sensor work on my wife’s phone for more than 5 minutes… tried absolutely everything it just drops shortly after being added.

Staff have stated multiple times that there is no smartthings hub 3 on the horizon anytime soon. The Samsung connect Wi-Fi system was their big release for this year.

Zigbee home Automation (ZHA) Devices, however, work differently. Each individual device model has a unique “fingerprint” and the zigbee coordinator has a list of the fingerprints that it recognizes and typically those are the only ones that it allows to join. So even if you have two identical devices with identical features but just different brand plates it may be that the zigbee hub will only recognize one of them.

Smartthings is unusual in that it allows us, the customers, to upload custom device type handlers and to change the zigbee fingerprints that will be recognized. This is why smartthings can be made to work with almost all ZHA certified devices.

However, wink, like most home automation and home security systems, does not allow customers to add fingerprints. You have to wait for the company to do it. For this reason, they have a much smaller set of zigbee devices that will work with their hubs because the company has to officially add each new fingerprint one at a time.

Tried Wink 2 and it’s no way near SmartThings. It’s a top-notch competitor, though. Easily takes the #2 spot on the market.

To make the smart hub even more attractive, I’ll say that it allows you to control specific devices directly from the hub. For instance, you can control Philips Hue bulbs via SmartThings.

That’s not an officially supported method, and it’s not a good idea.

Luckily, the mobile app of SmartThings is terrific. It never bugs, glitches or freezes.

Even the official status page lists some mobile app issues in history. It happens.

And this just isn’t true:

For instance, you can create a scene like this: Whenever you’re in the ‘Armed Away’ mode, the security camera will start recording, and if it detects motion, it’ll call 911 and sound the siren to alarm trespassers that they’re spotted.

What made you think that SmartThings could call 911 directly? Because almost no emergency response centers will accept automated calls. And SmartThings is not set up to do that.

IF you purchase a monitoring contract from Scout (or ADT with the new ADT security panel model), then the monitoring center can call 911, but that’s a very different scenario.

Among minor issues: SmartThings has a Bluetooth radio, but it has never been enabled (2 years after release). In contrast, the Wink 2 to can actually operate some Bluetooth devices, such as Switchmate switches. So at the present time SmartThings has no Bluetooth connectivity, you should give that one to wink.

Also, SmartThings does Not have Wi-Fi connectivity. There’s no Wi-Fi radio in it. It has to be cabled directly to ethernet. So again, give that one to wink.

I appreciate the time that you are putting into writing these blog posts, but you need to focus a little more on accuracy in order to serve your readership.

I totally applaud the effort and time spent doing something like this and getting it out there. With that said, please don’t take the following as trying to trample on your parade, but there are some serious discrepancies and issues with the entire blog.

Along with some of the incorrect statements and facts posted that @JDRoberts pointed out, there are many more that I came across, so many that I’m not going to spend the time mentioning.

The Pros and Cons section - I will point out that you listed as a Con - “Tricky third party integrations”. I’m going to guess that you meant “Ability for custom developed SmartApps to be developed by anyone” since you didn’t mention it in the Pros. And even if some of these are tricky (your words), I’m not sure how you come to the conclusion that this is considered a Con when the competitor doesn’t offer this type of service that I’m aware of. Whether you meant 3rd Party integrations (ie: Alexa / Google) or Custom SmartApps (not mentioned), it’s a Con because you see them as tricky? Is this your conclusion or based on facts from a group of SmartThings users?

So on top of doing some major fact checking, specifically on the SmartThings side (have no clue about the Wink facts), you need someone to do some serious proof reading, as the entire blog is riddled with so many grammatical issues, it makes it somewhat painful to read.

I’m only trying to help you out and being as honest as possible. If I was a new user contemplating whether to purchase an ST or Wink Hub, and I relied solely on this blog in my decision to purchase, only to find out that all these facts we’re incorrect, well…

I would love to come back and read the final product that is created from this.