I am kind of sad that I am having to asking this question… Former electrician but that was decades ago… I am working with limited tools, no multi-meter…

On the existing switch I have Ground, Hot and Load… I am not sure I am able to determine which is which on the load and Hot side of things, but I guess I will hope that they whoever wired it originally did it right. 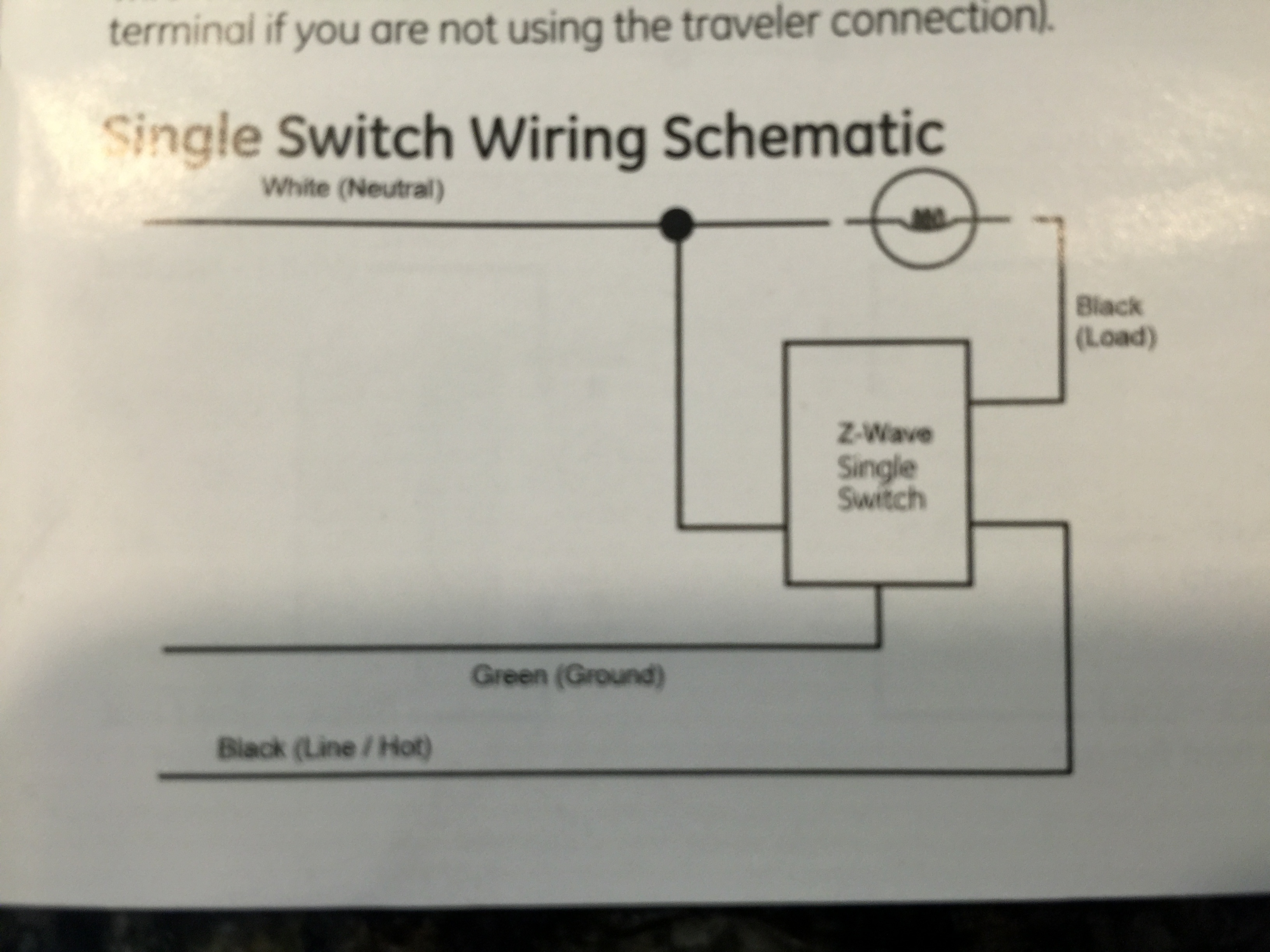 Three wires on the current switch and 4 needed on the new one… No neutral… Whats a guy to do in the situation? Jumper to ground for the neutral? Ground’s ground the world around? Any help here would be very helpful…

Also, If the original installer has the switch wired incorrectly, and I go with what they have, I am going to possibly be connecting the load to the switch in the hot/line and vice versa, I don’t see that frying the switch, but if you have any input on that I would appreciate any input there too.

Thanks in advance for your help!

Does this help any?

I have wired the hot/load backwards & it didn’t damage the switch it just didn’t work & I swapped them without issues.

In one case I did use a ground as a neutral but only for a day before I had my electrician run new wires. Note that I absolutely do not recommend that. I would suggest having a new line run to be safe.

Ok, I took your advice and I happened to have an outlet under this switch… with a hanger I was able to get a neutral pulled up to the switch… I have everything connected per instructions and seemed to be ready to let the magic happen… I kicked the breaker on and nothing, flipped the switch, lights! It all goes downhill from here…

Flip the switch the other way and nothing happened, they stayed on… Figured maybe I need to control the switch with my phone,or connect it to the hub to make it work… got it connected, but in the log it shows that the switch is being cycled, but nothing is happening? Once I turn them on, I can’t turn them off… unless I hit the breaker.

Has anyone dealt with this issue before?

Just an FYI, I replaced the switch and everything is working as it should.

Awesome! Just a defective switch then? I’ve had 1 out of my contractor pack that failed but it was just DOA when hooked up.