I need recommendation for Button

I’m leaning towards samsung smartthings button but I’m worried with some negative reviews although most are positive. also worried about the battery life
I heard the xiaomi are very tricky and kind of unreliable
Thx for your assistance

I have had no problem with my Smartthings Buttons. I’ve had them for three months without any issues and I haven’t had to change the batteries yet. Using them daily.

Me too, I’ve had the ST button since September and it’s never dropped off the network and works every time. If you’re worried about the battery life, as I was, just change the power source. 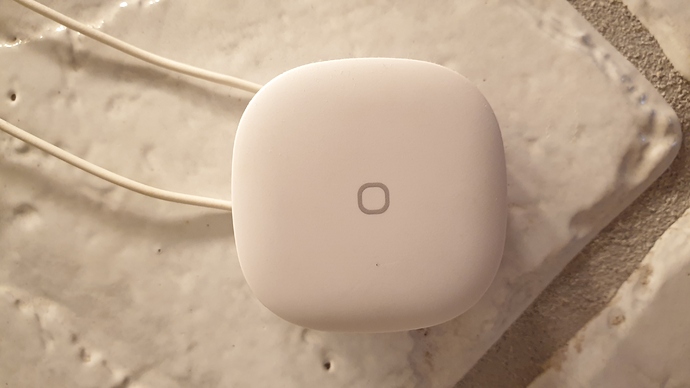 I have used 2 ST buttons for a few months now and have only one negative thing to say about them. Sometimes you have to press the button twice to get it to work. I don’t know if the first press wakes it up or what but it always works on the 2nd press. As for the press and hold function, it has not failed on the first press. I hopes this helps.

If you haven’t already, you might want to have a look at the buttons FAQ:

There’s an inexpensive button called Aqara that works well. I got a few for six bucks per unit.

I have used 2 ST buttons for a few months now and have only one negative thing to say about them. Sometimes you have to press the button twice to get it to work. I don’t know if the first press wakes it up or what but it always works on the 2nd press. As for the press and hold function, it has not failed on the first press. I hopes this helps.

I’ve had that issue with other buttons and believe that ST looses track of the status of the device controlled by the button. I fixed the issue using webCore to send the command to the controlled device. webCore has a setting that tells it to always send the command whether or not it thinks it needs to be sent.

I don’t know for sure if this is your problem, but it wouldnt suprise me if my technique fixes your issue. See this thread:

I fixed all of my button issues by using webCore and disabling command optimization so that the on or off command gets sent each time. This way it doesn’t matter what ST thinks the switched item’s state is. Works perfectly every time now. It’s not local, but I don’t find the lag too bad.

Tricky to pair but very reliable in my setup…

I finally bought samsung buttons (12.74 each if you buy 5 of them). will see how they act, I like that they have built in magnet
Thx everyone

what do u mean by changing power source?

I have two of the Xaiomi buttons and tried everything to get them stable. They pair just fine but drop after a few hours. They typically still show connected but no action. I run the nvidia shield link as my smartthings hub. Read that may be the issue. Anyways… I have two available if anyone wants them and pays the shipping.

I have the Xioama Buttons and found the trick is to pair them will the “call” method, can’t remember the exact term… After that, leave them by the router until they show battery status… then let them sit there for a day. After that, they will generals stay connected until it’s time to change the battery.

Crazy thing is, I’ve never changed the battery in any of them since paired as described above. (+18 Months)

Been through many other buttons but these ALWAYS work without fail.

Only con is pairing is a pain in the arse. I have about 15 of them.

I meant by connecting them to a much larger battery, or to permanent power, because personally I don’t like dealing with batteries, and following battery percentages of each device, so I convert as much as I can and forget about them.