I had recently installed a few vertical blinds in the living room and I wonder if there is any way to automate them.

(Not horizontal blinds, not shades, and not roller blinds, because cats.

With pretty much anything else, they will nag me to keep them open all the time, but then I have no privacy after dark. With vertical blinds, they can simply push a few blades apart and get on the sill. I have curtains through the house, but with two windows, vertical blinds just make more sense.)

So far I found the following solutions:

I can do some electrical/soldering/etc work myself. I do have some programming experience (mostly, scientific programming), but I had never programmed with SmartThings. I had, in the past, edited existing device handlers, but with the new interface for everything (from the end of 2022) I won’t even know where to start! (Did some extensive googling and couldn’t even figure how to get to the existing device handlers in my house anymore!)

There are some vertical blinds on Amazon, they are costly, and they are a waste of my existing blinds. I was wondering if anyone was ever able to retrofit existing vertical blinds that need to be turned+pushed to work with SmartThings.

Thanks a lot in advance! 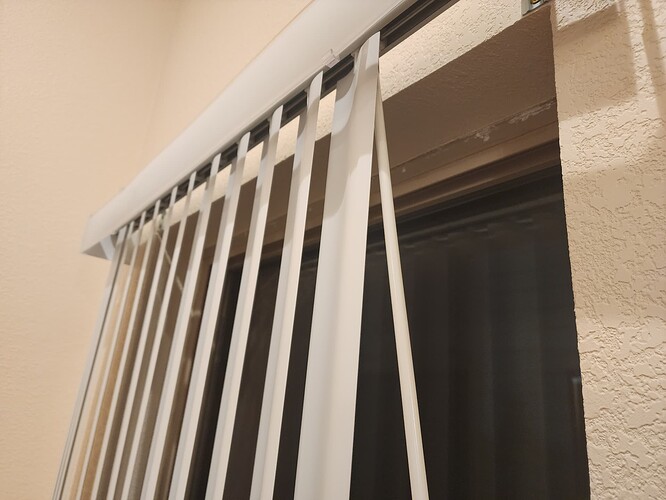 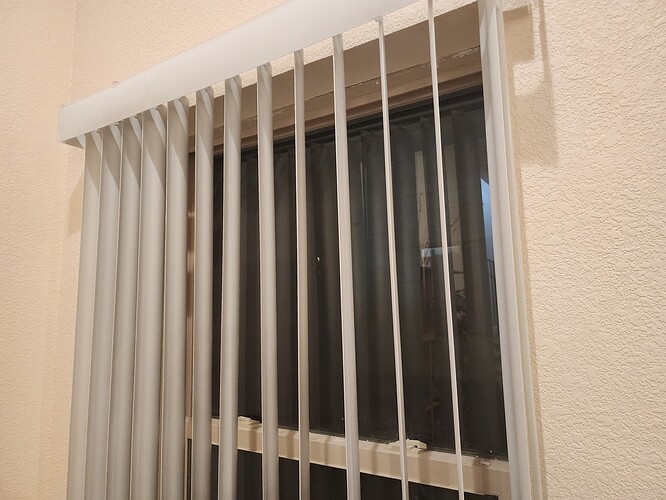 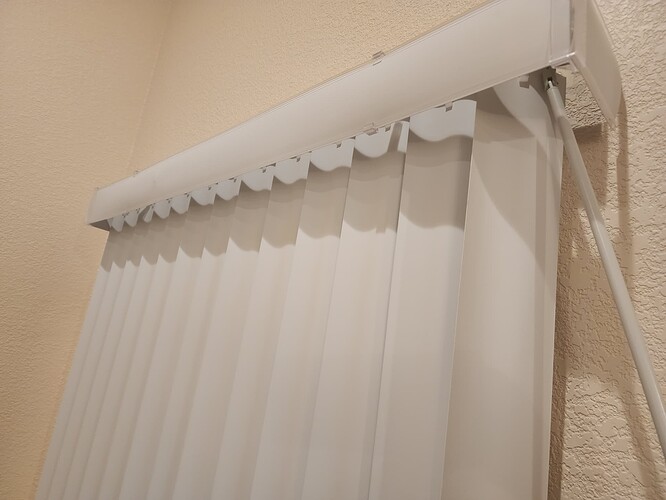 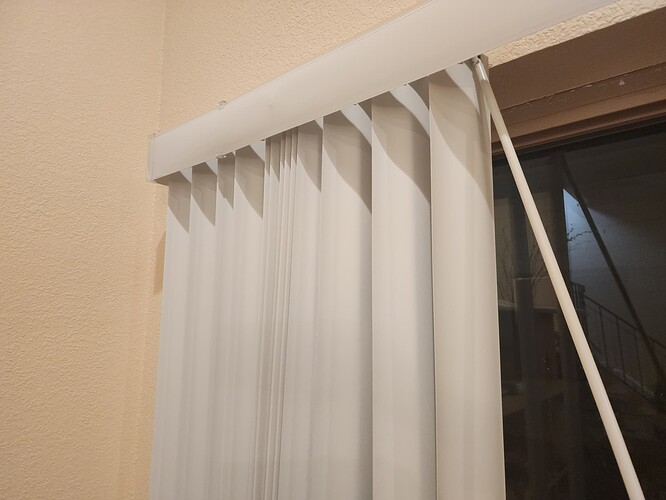 So your window coverings have only one rod? You turn it to rotate (“tilt“) the vanes, and you push/pull it to move them? That’s more of a high end design associated with brands like Bali and Levolor, which typically offer their own motorization options. For less expensive manual vertical blinds there are often two separate controls, which might be easier to retrofit. But I think you can do it.

I think you’re right that a simple switchbot motor or one of the similar ones now available from other brands Should be able to just push your blinds one way and then pull them back the other if they really do move smoothly enough that you can move them just by pushing on the rod. So that sounds pretty straightforward. But of course you have to get them rotated to the right angle first before you slide them along the track.

As is typical for these kinds of blinds, I think you’re going to end up with two different motors. One for the horizontal movement and one for the rotation.

For the rotation, the easiest, although you may consider it too expensive, is the Sunsa wand. This is a well designed, decently engineered device that does nothing more than rotate a curtain rod. But it does a good job of that.

Now the big question. On your existing manual setup, is the rod moving along the track with the vanes when you open/close them horizontally? Again, I can’t quite tell from your description.

If that’s true then you would have to mount the Sunsa controller on a sliding “car“ that fits on the track so it can move along with the vanes as they move horizontally. I think it’s possible, but it’s going take some construction work.

I suspect the whole project would be simpler, and maybe even less expensive if you just went with graywind, which is the US market name for Yoolax. They have a smartthings integration in the app under the Yoolax name, or you can also get some integration either with Alexa routines or Ifttt.

So this would take some research to figure out which option would work best for you.

Personally, I lean towards the graywind option just because it’s so much simpler, but I haven’t bought these myself yet because of the cost so I know there are reasons to go with something else.

Unless you buy an all in one like graywind, I don’t think you’re going to be able to get around the requirement for two separate motors, one for the horizontal movement, and one for the vane rotation. So that’s what’s adding to both the complexity and the cost.

Thank you for the reply!

Does Sunsa Walls integrate with SmartThings?

Also, yes the rod does move on the track. Will that be an issue with smart wands like Sunsa? It’s strange that it’s unusual, in all my life in USA I haven’t seen any other design for vertical blinds. :-/

I don’t mind two motors in the slightest, but I’m wondering which ones are best for ST use. Sunsa+SwitchBot?

Here’re the pictures of stages of closing, the rod is in the right. So it’s tilt then push the rod. 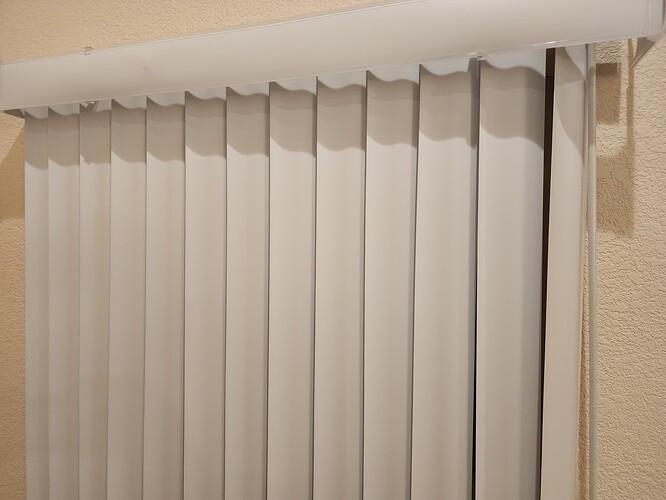 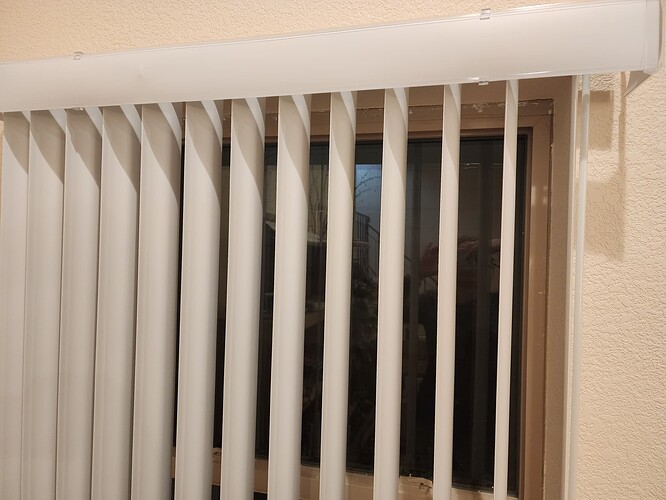 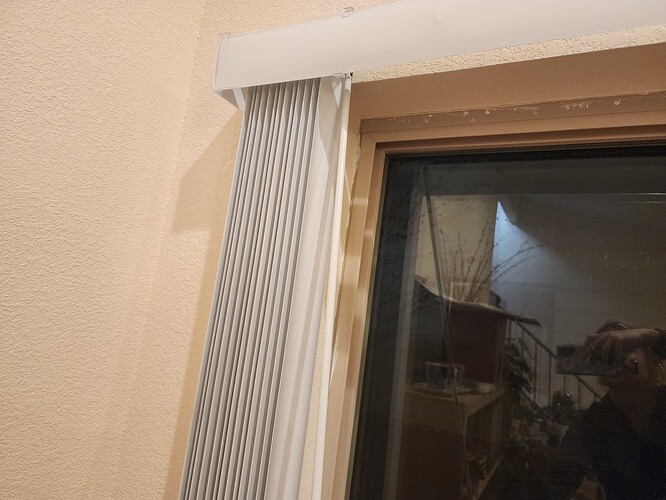 UPD: here’s a 22-sec video of how they open/close: Vertical blinds open/close - YouTube

Also looking at GrayWind. They have another cord connecting the blades on the bottom. Do you know if it is required? As in, will they work of I remove this bottom cord? (Because cats!)

Also looking at GrayWind. They have another cord connecting the blades on the bottom. Do you know if it is required? As in, will they work of I remove this bottom cord? (Because cats!)

People with pets do commonly remove the cords attaching the slats at the bottom to each other, but then the vanes are more likely to get tangled.

A friend of mine suggests in your set up to look at the E Wand from current products instead of the Sunsa because the wand is battery operated, and she thinks it will be easier to adapt to sliding along the track. They cost about the same, although of course, you will have to replace batteries with the e wand.

This is a Zigbee device, and the product description page specifically mentions smartthings, so you could talk more to them about it.

I’ve updated my post, it looks like the more expensive brands like Levolor and Bali do mostly use a one wand design these days where the wand slides along the track. Apologies for any confusion.

I think it’s possible that with this kind of design, you could set it up so that the Switchbot could push something placed closer to it than the rod, and move everything along that way. It would be easier to engineer, but it might mean a small gap at the edge of the installation where you’ve put the push block. So you’d have to decide how you wanted to handle that for privacy reasons, particularly when retrofitting. And you still need two separate devices: the E wand to do the rotation and the switchbot to move the vanes horizontally. So this is not an inexpensive solution.

Looks like if I’m going with two motors, E Wand is the better solution indeed!

Reviews under GrayWind from pet owners say that if I remove the bottom cord, I won’t like the result. Ugh! Because they are a possibility. (And, it’s a bit more than money, it would be nice to minimize plastic etc waste, and removing my existing blinds not only wastes money but also contributes to the waste on the planet!)

Back to two motors… So sure, it’ll cost, but at least it’s won’t contribute to waste of a product! 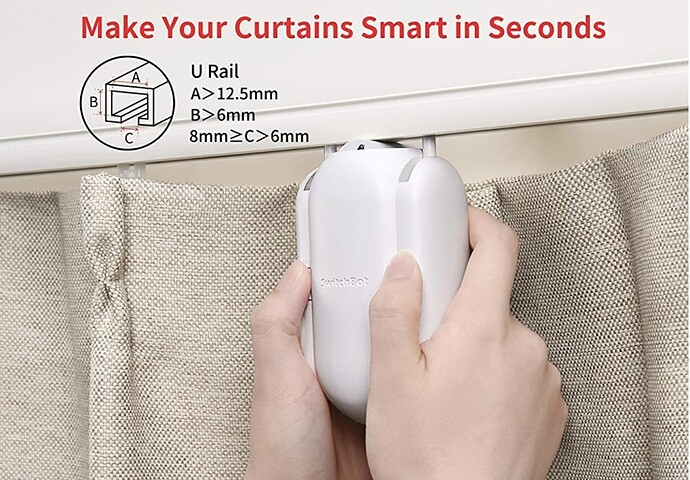 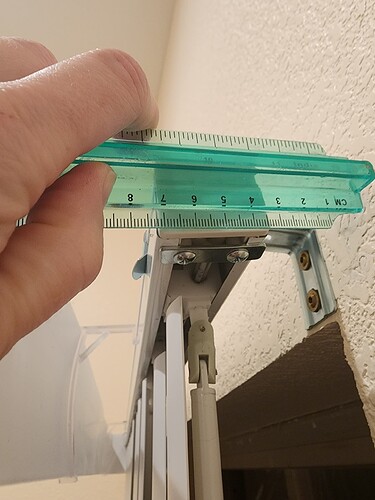 Looking at the dimensions requirements, my C measurement is way bigger than the requirements (20 mm instead of 6-8mm). I might try and order it anyway and see if it can be hacked to fit in a bigger channel?..

Regarding them being the higher end, I wouldn’t say so. It’s the easiest DIY vertical blinds that I could find in store in USA. The maintenance is also easy because all parts are easily available offline. There are at least three stores within 20 minutes from me that will always have them. I suspect Lowe’s competitor, HomeDepot, has a different brand but the same idea, also a cheap and easy DIY version.

So it really can’t be that uncommon in DIY USA world!

Please let me know if you were able to make the SwitchBot work. I haven’t measured my blinds yet, but I imagine the track is similar.