I Installed 3 Smart Dimmers and 4 Add-On Switches last weekend. I have the good fortune of being in a 2015-built-to-code house so the 3-way wiring was as straightforward as possible (Option #1 in the commonly linked reference site): line comes in one box, traveller goes to the second box, and load leaves that box to the 1 or many lights.

While not a comprehensive tutorial or how-to, I wrote about my planning and execution process on my blog:

3-way switching is conceptually strange, and some of the more esoteric wiring patterns don’t help matters. The main obstacle in that Option #3 diagram is that the load round-trips through the second box, so you have to also visit the wiring in the light box to instead route a neutral over there as @Synthesis and @ritchierich point out.

Really appreciate the guidance, @Synthesis and @ritchierich and @tcjennings. I am going to study your link, @tcjennings, and see what I can do here.

More facts on my installation. I personally completed all the rough electrical, then drywalled and finished BEFORE researching this issue of adding this lighting circuit to my Smartthings system (tho have not yet upgraded to Hub v2 – still in the box; that’s another story; who has the time to transition?) I should have researched all this earlier, because I installed 4 recessed fixtures, which are now behind drywall. My rough electrical looks exactly like this:

This is “Option #3” using multiple light fixtures between two switch boxes, with source / power to one box.

So…I have no ability to change fixture wiring unless I want to tear out the ceiling. The fixture connections reside in a box inaccessible from the recessed portion.

Moral of today’s story: do your homework at the rough electrical stage. Ouch!

So…I have no ability to change fixture wiring unless I want to tear out the ceiling. The fixture connections reside in a box inaccessible from the recessed portion.

I feel your pain there for sure cause I did rewired many of this type of circuit to smart switches before and it’s quite a bit of work but you shouldn’t have to tear down any drywall for access. Unless you installed special recess light fixtures. Since you did the rough in and if you still can remember the wiring. You will only need to pull down one fixture to reconfigure for the smart switches and that’s the fixture with the load wire going to the switch box opposite to the box with the line hot/neutral.

Disconnect your breaker for the circuit.
You know which switch box has your source coming in, right?

Grab a long piece of your spare wire (everyone has spare wire after a remodel/fresh build), and use it as a jumper for running a multimeter.
Basically, if switch box one (on the left in the diagram) has the line/source, then it also has the load.

Multiple lights on a single switch isn’t a big deal. You’re really controlling “one light” from one switch, it just happens to be coming from multiple areas of the ceiling.

I can’t see any of the fixture wires now, because I used new construction fixture boxes, which conceal all the wires in a box that’s now behind drywall. The only thing visible inside each fixture well is a single orange plug that my LED module plugs into it – other wires are inaccessible. But I do know the identity of all my wires in the two switch boxes – I labeled all those.

Since the GE “Add On” switch only requires a neutral and a traveler wire (2 wires only), I am thinking of a way to do this with the hard wiring I have already done.

Instead of GE smart switches. How about going with Linear WD500Z and WT00Z? This will give you 3 ways with association. WT00Z at box with line hot/neutral and WD500Z at box with load.

If it’s actually wired just like the #3 drawing? I think you can do it by moving the wires around. I’ll try to explain.
In box on left put wires from breaker: black (hot) to line on GE master switch. Put white to neutral.
On 3 wire lead going to lights. Put white on load ( on switch) black to neutral on( on switch )with supply neutral. Red goes to traveler (on switch)
On other switch (remote) put red on traveler, put black & white both on neutral.
With this setup the white (now load) carries power to parallel lights. Black from lights (now neutral) carries current down to switchbox on right (remote) then the white wire goes back through overhead to first switch to complete neutral circuit. Red is still your traveler.

I hope that’s right? Please draw it out on your own. Verify my thinking. Don’t wire it unless you think it’s right!!! I’m NOT an electrician.

When I get a chance I’m going to get on my computer so I can see the drawing better. Hopefully everyone else will draw it out and either agree or disagree.

Don – This is just what I was thinking, but I hadn’t had a chance to draw it out either! Will do! (This would be a lifesaver – thanks!)

Yeah, I looked over it again. I still think I got the wires in the right place. I’ve had to do something like this too to get a neutral over to the remote switch.

Let us know if it works.

On 3 wire lead going to lights. Put white on load ( on switch) black to neutral on( on switch )with supply neutral.

Please don’t do this. Unless you are going up to the light bulb sockets and swap the neutral and load as well otherwise this is really a bad idea. You are having the bulbs neutral and load swapped.

That’s why I ask others to check. Totally missed that. You really need access to the lights. Bummer!!!

Instead of GE smart switches. How about going with Linear WD500Z and WT00Z? This will give you 3 ways with association. WT00Z at box with line hot/neutral and WD500Z at box with load.

The advantage to the approach above that @Navat604 is suggesting is that all you have to do is get power to the WT00z. It doesn’t even have to be on the same circuit as the WD500. because the two are going to communicate wirelessly. So as long as you can set it up so that it’s not damaging anything else, as long as it has power you’re good to go.

The WD500 Controls the switch, both on and off. So it’s the master. It is powered from the neutral. Then WT00 acts as A wireless remote for the WD. It doesn’t have to be wired to the fixture at all as long as you can get power to it.

If you use Z wave association with these two switches the WT can continue to act as a remote for the WD Even if your home automation hub is not working.

So it should greatly simplify the wiring challenge.

@Navat604 is an electrician and obviously a wiring expert, which I definitely am not. But I do know the device side of things and The WT00 is intended to give you much more flexibility in the placement of the auxiliary than a traditional physically wired traveler would. So if Ray or the other electrical experts think the wiring configuration would be safe, I would definitely consider this type of device as a possible solution.

Okay – I will look at the Linear products suggested by @Navat604. Thanks for all the advice on here – really helpful!

Hi Ray – I just ordered these. I may ask you how I use my available switch box wires to match the unit’s wires, once I get them in hand, a week or so. Hoping this will keep me from having to tear out the ceiling drywall! Thanks again!

Hi Ray – I just ordered these. I may ask you how I use my available switch box wires to match the unit’s wires, once I get them in hand, a week or so. Hoping this will keep me from having to tear out the ceiling drywall! Thanks again!

The box on the left with line hot/neutral. You install the Linear WT00 which needs only line hot and neutral. Now use the two Traveler wires to bring line hot and neutral over to the box with the load wire on the right. The WD500 need line hot, neutral and load at that box. Don’t forget ground wire and remember to take pictures and label in case you need to reverse them back to non smart switches.
For association. I was using the minimote to do it and there are a couple of posts on this forum about this but I can’t seem to find them. Pretty sure @JDRoberts could help you with this.
Here’s the link to the minimote on Amazon. 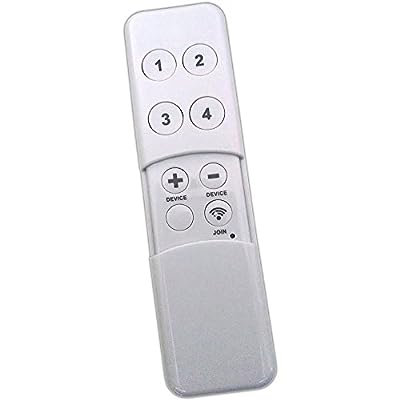 For association. I was using the minimote to do it and there are a couple of posts on this forum about this but I can’t seem to find them. Pretty sure @JDRoberts could help you with this.

The minimote is definitely the easiest way to do association in a SmartThings environment. I moved one of the recent threads to the FAQ category so it will be easier to find now.