I have two gardenspots in my backyard. One is automating fine. The other is too far way but 20 feet. I tried to move the controller closer to the door not that didn’t help.

Is there an outdoor zigbee repeater that is rated for the elements that I can put in between?

Pretty much any mains-powered zigbee Device will act as a repeater. So a lot of this is going to depend on just how bad your weather gets.

Many people have used a zigbee lightbulb in a sheltered location. There’s the problem of dropped messages, but If it’s in a spot with very little traffic then that should be OK. I would try a Sylvania Lightify bulb for this.

If the weather is really bad, SmartenIT does make outdoor – rated relays for control of pool and pump equipment, but they are very expensive. 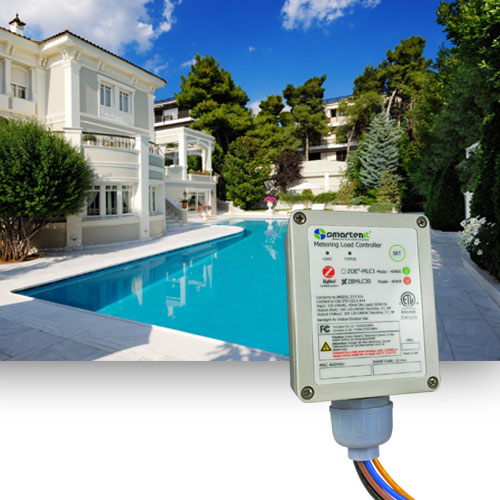 There are also a couple of different zigbee irrigation systems where the mains – powered controller would act as a repeater. Again, expensive, Unless you also have a use for the system. SmartenIt makes one and Spruce makes a popular one and I think there are a couple of others.

If you’re up to some technical work you can get a zigbee pro device rated for outdoors and use it for very long distances. See the following thread:

Anyone used an Arduino and Xbee Pro board to extended Zigbee Mesh Range? Devices & Integrations

EDIT: For those wondering the same thing. Yes it can be done, yes it’s very easy, you don’t need an Arduino. Just an Xbee module. See my last post for info and you can skip the entire discussion. Wondering if anyone had tried one of those Xbee Pro boards merely to extend the range of the SmartThings Zigbee network? I know Digi do a ready made project that you just plugin to do this, but it seems the board have a better aerial and distance and are also cheaper. I know SmartThings recommends using an outlet but thats both quite expensive and also i’m nots sure it’ll cover the 50 foot or so I want outside either as its not designed for the job and has no aerial. The only thing is i’m not sure if Xbee even works witht eh Zigbee network of SmartThings If it can be configured as nothing mor…

Of course a second Gardenspot should also do it. Remember that in order to get the garden spot which is further away to use the first one (or any new Device) as a repeater, you need to do a zigbee heal after you move things around.

Leave all your zigbee devices on power. Take the hub off of power, including removing any batteries. Leave the hub off of power for at least 15 minutes. This will cause the other devices to go into “panic mode” because they can’t find the hub. Then when you put the hub back on power each individual device will rebuild its neighbor tables, so it will find any new repeaters in the area. This process can take a while, so you may not see improvements in communications until the next day.

In your situation, I would probably just start experimenting with your second Gardenspot, remembering to do the heal after you move it. If you can’t establish communications that way, none of the other devices are going to work either except maybe the pro option which will have a longer range.

. The problem is I actually have a a light in between the inside of my house and my two Garden spots. My one Garden Spot has a direct line of view to the light so it goes on and off with no problem the other one is around the corner so the signal is going through stucco and concrete and whole mess about other things.

The problem is I don’t have an outlet where I can plug in to get it closer to the other side of the home so I’m really limited on what I can and can’t do, I put the controller as close to where the light would be as possible but again that’s still around the corner of the back of my house.