First Alert added to Smart Things Hub but I cant get Alexa to see it...is it even possible?

If I can get Alexa to see the First Alert is there anything Alexa can do with that information. I was kind of hoping that Alexa could alert the house hold if Smoke or Monoxide was detected. Or the Batter was getting low.

Anyone managed to get Alexa to discover First Alert?

I was able to get the Smart Things Hub to find it.

Alexa can only ‘see’ routines, scenes, thermostats, locks, switches, and dimmers (IIRC). These are all things that can be activated via voice control. Sensors are not supported.

Thanks for the update. That is too bad actually having Sensors added to Alexa would be pretty cool then you could trigger events based on a sensor trigger.

How do you like the alarms otherwise? I’m thinking of getting a few. Can Smartthings do anything with their data?

having Sensors added to Alexa would be pretty cool then you could trigger events based on a sensor trigger.

What would you do?

Alexa is meant for voice control.

@randyth pointed out in another thread that There is now a brand new Alexa skill which should enable you to achieve the outcome you described in your first post, but you have to have some technical skills and you will have to use something as a “man in the middle” ( which can be the IFTTT maker channel, which gives you smartthings integration).

Five) you have to ask echo what your notifications are

Six) Echo will then say all your notifications including speaking a predefined notification that you have set up.

This works because in March 2018 Amazon opened up the notification capability for some individual skills.

So you are going to be limited to events that smartthings can recognize rather then connecting the first alert directly, but it can now be done.

However, don’t bet your family’s life on this working reliably

So as an extra thing, maybe, but not as something you actually rely on.

I think this notification is much more suited to stuff like “Amy is home” or “the mail has arrived” or maybe a leak sensor. But not stuff that could endanger your life if it doesn’t work well.

If you want smoke alarms that speak notifications when there’s a fire, there are a lot of them available, but don’t get one that depends on a cloud to work. It probably won’t hook into the rest of your home automation system, but there are other ways to do that. 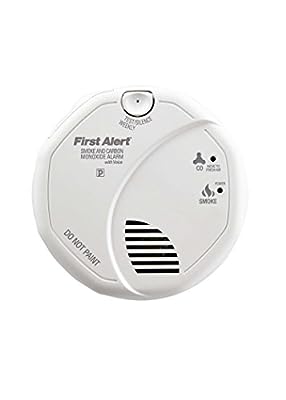