Best way to detect if someone gets out of bed?

Android wear, using Sleep As Android, I can see if you’re asleep or awake but haven’t found a way to interact with ST.

Motion sensors are just not quite the solution… for example, the other day, my 8 year old daughter woke up too early and by one of those accidental coincidences, I had left the expresso coffee machine’s brew switch on ‘on’ and when the connected power outlet turned on… well… disaster!

So, here’s where I leave it open to suggestions… how would you figure out when to do x things according to who’s awake or even home?

If you don’t have dogs and you can use a pressure Mat under the mattress. A lot of hospitals and nursing homes use these. They’re pretty easy to connect to SmartThings.

Hi folks - has anyone tried to connect and make work the United Securities z-wave pressure mat? I would like to use this to send me a txt when someone is standing at my front door and to turn on the light when we walk downstairs. Our stairs are in the middle of our house so a motion sensor won’t work without creating a bunch of false alarms. Ken

However, it can get tricky if you have big dogs they get on the bed. And even two people in one bed can be complicated as far as where exactly to put the mats.

Samsung announced a sleep sensor last year that would do exactly this, but then they never brought it to market.

Having watched the IFA 2015 confrence i was very very impressed with the upcoming SleepSense device which can monitor your sleep / breathing / heartbeat with 97% accuracy and . . . will be SmartThings compatible . . . This will open up some cool new features / use cases . . . of accurately turning off bedroom tvs and lights when you actually fall asleep or opening blinds and turning on a coffee machine when you actual wake as a pose to an estimation or guess. what are peoples thoughts ? more info:

There are all kinds of other complex ways, but it just depends on exactly what you want to set up.

A pressure mat is the most straightforward for “someone is in this bed” Everything else relies on assumptions.

There’s a new sleep sensor out, hug one from a French company, seven hugs, but I tried it and it doesn’t trigger its IFTTT channel if you get up before the time the alarm is set for. So it would specifically not work for the situation you described with your daughter getting up early.

There’s an older similar concept called “Mother and the motion cookies” but it got bad reviews on the US Amazon site so I never tried it. 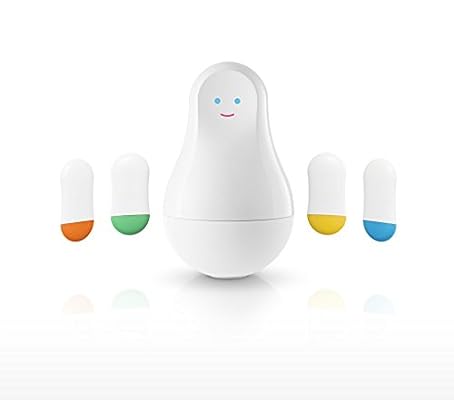 Connect your life the way you wantWant to be alerted if someone tries to break into your house? Simply place a Cookie on your front door.Want to make sure you are walking enough to stay fit? Carry a C ...

I use a motion detector that is in a certain place that I know I can wave my hand. Try facing the detector toward the ceiling on top of a dresser for example.

Something called Eight sleep coming out soon sounds good too.

Not sure but here is a shot… I use this … ROUTINE - triggers “when things start to happen” Motion sensor is UNDER my bed directed outward, so when i put legs over to get up - it senses MOTION (things start to happen) and there is a time parameter that can be set (say between 5:45 AM and 8:00AM). My Routine, for example, switches mode to HOME, Changes arm/ stay to Disarm, and turns on the coffee pot.
With the ability to set the time parameter - if little one sneaks into your bed at 5AM - NOTHING will happen, if you have to get up in the middle of night to 2AM - NOTHING will happen. Perhaps?

On a different track, a leak sensor under the coffee pot could turn it off.

Been following Eight since it was originally founded as Luna.
I am very much looking forward to seeing how well this product will work.

Eight is a smart mattress cover and it will look to integrate with a lot of hubs/systems. It’s looking to be a routine starter (fall asleep and it will start a routine for you such as entering night mode and turning off all lights, locking your door, etc).

Back on topic here, I think for 1 person, a pressure pad will be the best bet. It’s a basic on/off switch and as long as it works for detecting if she’s on the other side of the bed, it will work. This may require some trial and error to find the proper location for under a mattress.

It’s not the most elegant, but you can also stack Routines to make cases:

So, here’s where I leave it open to suggestions… how would you figure out when to do x things according to who’s awake or even home?

What do you have for HA equipment so we can target suggestions to what you already have? And I assume there are different things for your daughter than for you? If so, what are they? Lights vs switches? Other?

Thanks everyone for the ideas!

After reading thru all I realised my case is WAAAAAY different from all other families here… lol!

Welcome to my home:

We at home never close doors… except for the bathrooms’ for obvious smelly reasons, lol!

Right now, on the outside of the office wall I have a sensor pointing to the rooms, and use that as the main sensor to turn on the coffee machine.

I also have a sensor on each side of the main bed in our room, which more or less is where the word Parents’ is.

On the daughter’s side, I have a single motion sensor more or less where the D is… which catches motion from her bed (on the “s” side along the wall) to the doorway…

I’m missing motion sensors in the Office (just don’t know how to place them so that they can detect even the slightest move when we’re working in the desk “motionless” and in the living room… there too! I don’t know how to solve those times when we’re in the sofa watching tv…

Guess I’ll try to go for the sleeping mat option… if only I lived in the states and not in Europe… things would be much easier!!! LOL!

Until then I would second the recommendation to set up case scenarios where you are up and your daughter is up, and when only one or the other is up.

CoRe would be perfect for this.

Again, depending on what you are automating. For the coffee pot, I would definately recommend it should trigger your bedoroom sensor followed by the Office sensor, then make coffee.

Been following Eight since it was originally founded as Luna

@danielccm depending how handy you are you can make your own. I made a prototype that works really well. But I have yet to make the final sensor. I cut out two pieces 1/4’'of Masonite foot-and-a-half Square. Glued tin foil to one side of each piece leaving a tab on opposite sides of coil sticking out. And put 2 inches wide, quarter inch dense foam around the perimeter of one on the foil side. Connected wires to the tabs, and then connected a window and door sensor. Put the two pieces together with the foil facing each other And you’re done. homemade pressure sensor.

Brilliant suggestion. What I really like about this is you can create a sensor with customized sensitivity by using different thickness and configurations of foams. In practice I think using metal strips and more solid contact pins such as bolts or screws on the opposite side might be more robust than aluminum foil. All theory of course at this point but I’m definitely going to experiment with this. Will report back if I end up with something interesting.

And @danielccm my experience with using motion sensors for movement in bedrooms is poor because they are either not sensitive enough or are too sensitive and pick up motion when someone tosses and turns around in bed. What I do is monitor motion and lights in the bathroom, because almost everyone makes a bathroom visit when they wake up in the morning. And for couch sitting and TV watching, I use my Harmony to set a virtual switch so ST knows when my TV is on. This is handy for all sorts of things such as keeping the AC on when we are super still and ST would otherwise think we either left or went to bed.

In the discussion on the smart chair, you’ll see several posts on making your own pressure sensor which might also be of interest.

You probably already know this part, but for other people reading along, with any of these devices unless they are purposebuilt for going under the mattress you want to put only the dry contact pad under the mattress itself. Then cable it out to the radio/battery so that that piece is in a normal open air location, probably fixed to the side of the bed frame. That way you don’t have to worry about overheating.

@JDRoberts thank you very much for mentioning that. I didn’t even think of someone may be doing that. That would definitely be a fire hazard. I would hate for someone to be injured when only trying to help.