In UK. Wanting to replace my wifi lights with Zigbee and having trouble finding 14w B22 RGB ones. Or bulbs that have equivalent brightness of old type bulbs rated at 100w.
To be used with Echo Plus.
Google and Amazon return nothing of use in searches.
Does such a thing exist?

Osram at 800 lm is probably The best you’re going to find in zigbee: 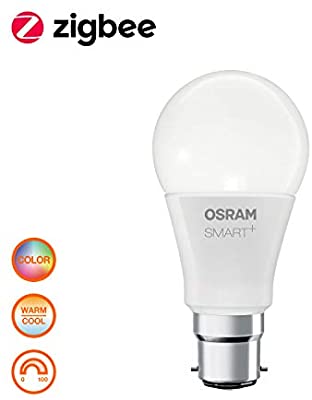 The LIFX WiFi bulbs work well with SmartThings, have a long-standing integration, and are considerably brighter at 1100 lm if you’re willing to consider those. But of course much more expensive. 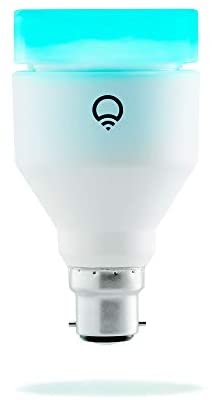 Now if anyone asks me my opinion on Smart Homes, Globe Suite and SmartThings I will tell them to just not bother and to keep clicking on the wall switch.

@Flakie99, You can do a favour for yourself and stick to your existing wall switches and bulbs.
If you are ditching SmartThings just for good, then please ask the Echo Plus community for advises.
I don’t want to wait a few weeks, so I will give a you a spoiler, you will realise that the Osram bulb Zigbee integration and hardware is quite poor and suffers from many issues.
You will start to complain about those bulbs turning on the middle of the night and you cannot turn off with voice command, or they are buzzing, their colours are not vivid enough, or they are just not reacting to commands. Then you will probably send another email to the CEO of Osram to justify why you are sending it back to Amazon.

Another spoiler, the LIFX bulbs are Wifi bulb they depends on the LIFX cloud integration. And they have got time to time outages as they do upgrade/change their systems. And the size of the bulb is far more bigger than a standard bulb, otherwise has limited angle for the light.

Thanks JD, I had already looked at Osram but, after making a big mistake in my last purchase of lights, thought it best to research a bit more. They look good but don’t have the amount of brightness I need. But great for the other smaller rooms in my house so I can go for 3-4 of these.

Wow, them LIFX, look great, but that price

will keep my eyes on them in case they have a sale. Looking at reviews they have done in the past. Also I was hoping to get away from wifi. Lots to consider.

Is there any technical reason Zigbee bulb manufacturers cannot make brighter bulbs?
Or maybe there just is not any market demand?

Thanks Gabot, your input is very much appreciated. Great that you know my mind too.

Also I am not giving up on Smartthings, got much too much invested in phones and TVs to do that. But on the Globe Suite and SmartThings integration I have given up and would advise others to do so. Maybe it will be a few weeks, maybe not. Maybe it will be"near January" which is the only clue that have given to a real date. Maybe they won’t pull the integration for a 3rd time when they do eventually ask us customers to trust in them again.
Anyway this thread was not about that. It’s about zigbee bulbs so let’s keep to the subject

FAQ: Are Smart Bulbs Repeaters? (Updated 2019: the new answer is yes, but may be inconsistent)

I haven’t tried every brand personally, of course. I hear good things about EcoSmart, for example, but again they don’t meet the specs you requested.

Thanks. I have been looking at Hue. If money was not an issue I would go for them in an instant. Brightness is still a bit of an issue but I guess I could add in a floor standing lamp or two, in addition to the ceiling one. In fact this might be nice and I am sure the wife would like it. Would have to think about a plan for the bathroom and kitchen though (which would have to incorporate motion and sunset/sunrise sensors). Maybe a few spot lamps.
Yes, I think this is my future plan. I have sort of agreed a sale of my existing wifi kit but I am sure my friendship with the buyer would survive me backing out of the deal.
I will return the ST hub and motion sensors and buy a Hue hub and bulb for my living room. Leave the other wifi in lights in place as they are now and replace them with Hue as and when I can afford it. Should be able to get the full switchover done within a year.

I am assuming there will be no compatibility issues mixing the wifi and Hue lights during the changeover period?

I am assuming there will be no compatibility issues mixing the wifi and Hue lights during the changeover period?

Compatibility in what sense? They won’t likely create interference for each other. There are some apps that will probably allow you to create rules for both of them, such as Ifttt or the echo Alexa app. It’s possible for a very strong Wi-Fi to drowned out zigbee messages, but that’s not due to any individual bulb. I probably wouldn’t put a Wi-Fi bulb right next to Zigbee bulb in the same fitting, but you could certainly have them in the same room in different table lamps without a problem.

Thanks, yes that is the sort of compatibility I meant, interference with each other. So it sounds great as I will be concentrating on a room at a time. From Wifi to Hue with no lights of different type in the same room at the same time