“Decora” is a trademark of the Leviton company. For outlets, it refers to a rectangular style.

At present, all of the certified Z wave outlets are of a similar rectangle design. However, if you have room in the switchbox you could install an in wall micro relay behind any outlet that you like. You need to make sure that the relay supports at least 15 A in order to meet code in most places.

Many of the in wall micros are designed to go behind light switches and only handle 10 A. But Linear/GoControl does make a Z wave relay which can handle a higher load. Or smartenIT makes a similar zigbee version which is a little smaller. but the Linear can only be wired to one of the receptacles. The other would remain Nonnetworked. These are typically about 2 in.², but vary in depth. 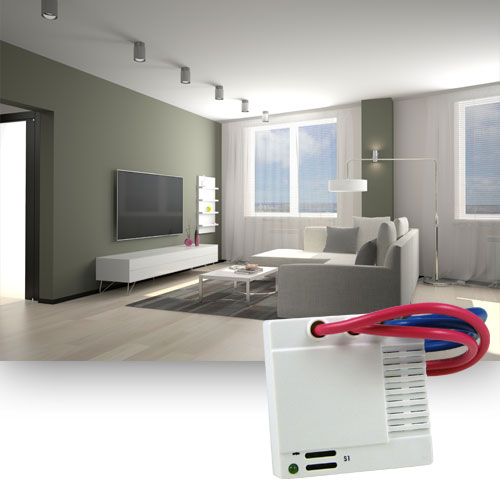 There are some dual zwave relays, but they are all designed for light switches, and can’t carry the required load for an outlet.

@jhamstead pointed out in another thread that the smartenit zigbee version is also available in a dual version which can support 15 A on each end point. But again, not Zwave. Also, it costs about $90.

But it does exist and might fit some use cases. 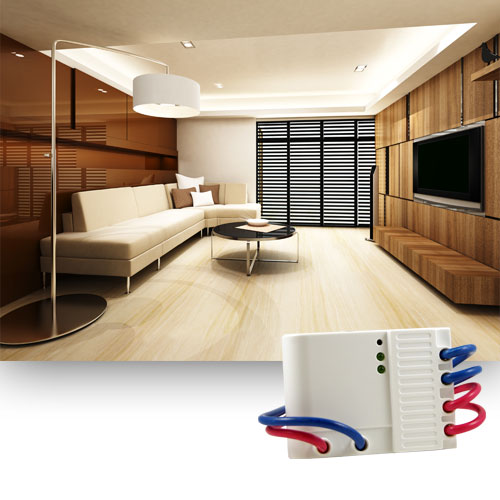 ZBLC15 - Model # 4033A Monitor and control two devices such as overhead lights, ceiling fans, and small appliances plugged into power outlets or controlled by wall switches, with a controller that can be hidden anywhere, even in standard...

.2. Are their any with both plugs controllable separately?

.3. Do any support Z-Wave Plus

These have just started to come on the market in the last few months. There are several brands that have gotten certified, although I don’t think any have yet been made available to purchase. GE, showhome, and Enerwave all have completed certifications, and more are expected to soon.

.4. Do any support instant status?

“Instant status” in a Z wave context usually refers to two patents held by Lutron which control whether or not a networked dimmer switch can report its status immediately to the controlling hub if the device is physically manipulated at the wall. It doesn’t apply to non-dimming devices at all, nor does it apply to outlets. So all in wall receptacles should have the equivalent of “instant status” in that they should report to the hub immediately if the physical button on the outlet is pressed.

If you had some other meaning in mind, let us know.

Also, all certified Z wave devices have official conformance statements filed on the Z wave alliance website, so in the future, you can probably answer most of these questions for yourself by checking there.

Just be aware that devices are certified before they’re actually released for sale, and there can sometimes be a delay of as much as a year. But at least you’ll know that if you don’t see anything listed for a particular feature , there probably isn’t one, although there may be a zigbee or Wi-Fi version that would work.

Thanks JDRoberts for your extremely thorough response (as usual). Sounds like I should wait for few months to see what the next round of products looks like.

To quote one of my favorite T-shirts:

At this point, April 2020, all of the quality models are very similar. One z wave plus controlled socket, one always on dumb socket, That’s about it. Eaton Cooper has one, RFTR9605-T, that does comply with the new S2 security framework, but it seems overpriced at this point to me. Anywhere from $80-$99.

It’s a quality device, and I generally like that brand, but I wouldn’t pay that price at this point.

Enerwave zw15RM doesn’t have the S2 framework, but it does offer energy monitoring. I don’t know if anyone has that working with smartthings, though.

So that leaves the various Jasco variations: GE/Honeywell/Jasco; GoControl if you can find it; Eva Logik; or Leviton. Any of these should work as an on/off outlet with SmartThings.

Multiple different manufacturers keep talking about possible additional features, including having two independently controlled sockets, but nothing has come to market yet. I think we may see some in a year or so using the new Series 700 chip. But nothing that’s been released yet.

Don’t forget about power strips. Really great bang for the buck! Should check all of your boxes outside of being inwall…

Safe & Smart Power Up   PRODUCT HIGHLIGHTS 5 Z-Wave Plus power outlets for wireless control (allow extra time for inclusion, it's like adding a few devices at once) 2 USB ports for phone / tablet chargers report on / off status to the...

I wouldn’t pay that price at this point.

I agree: too much for the Eaton. I might settle for this Westek “dumb” motion/outlet/plug until the S2 protocols are more mainstream and prices come down.

EDIT: My “need” right now is just to turn on a light in the garage when motion is detected. Was really looking for a zigbee or zwave plug/motion all in one (like the Westek but smart). I know I can add a plug and motion sensor but was hoping to save cost if there was an all-in-one. Added since my answer was random without knowing that.

The light you want to turn on as a plug-in device? Not an overhead fixture on a switch? If you’re willing to go to a switch, there are several options that have built in motion sensors.

Right. It’s a 4’ LED fixture in my garage that I plug in. I just had an electrician add a 2-gang outlet to plug this in to!

Maybe this, then? It’s dumb with a built in motion sensor and built in timer.

The Zooz Double Plug has 2 separately controllable outlets, power monitoring, and a USB slot that reports on/off to the hub to notify when the connected device is fully charged.

Yes, that is the one I linked to above. Basically, was looking for a smart version of this. But seems it doesn’t exist. But for $16, this one should still work for my needs. just WANTED a smart version. lol. ah, first world…

Right, but not motion sensing built in to the plug. That is a cool plug. I have to admit, while cool, I don’t see the real benefits of power monitoring especially for a 10A plug that you would be putting a lamp or small appliance on.

If it’s just 1 light then why do you need 2 controllable outlets?

I had just one Smart Strip in my garage and at first I thought, hmmm, I’ll never use all of these plugs. Now I have 2!