Some more testing with the Xiaomi Plug as a zigbee repeater in combination with an Orvibo door sensor.

Took the Orvibo out of the Hub’s range, its light didn’t light up.
Plugged a Xiaomi Plug next to it and tested if it was in range of the hub by turning it on and off.
Then tested the Orvibo by moving the magnet away. The light lit up and was shown in the app (+notification), so far so good.
Left it there for about 5 minutes with sensor closed.
After 5 minutes i moved the magnet, the sensors’ light lit up (message was sent) but no change in the app, still closed (and no notification).
It woke up after 4-5 tries.

Did the whole thing again with another Xiaomi Plug, same behavior.

I’m going to toss the Xiaomi Plugs and hub (sell them in NL). The Orvibo’s seem very reliable as long as they’re in the Hubs’ range. Unfortunately i still haven’t found any reliable Zigbee repeaters, so i might only use them in close range of the hub.

zwave has been really reliable so far.

Edit:
I might give it one more try with using the zigbee-id, if i can get the Xiaomi Hub to work.

I discovered something weird. It seems like these plugs work fine (as repeater) when repeating eachother.
I removed one plug and the other one stopped working, this must be because it was depending on the other, tested this a couple of times and the plug repeats just fine for the other plug. I will let this rest over night and see if it still works tomorrow.

Edit
Left it overnight and the plugs are still working fine. And one is repeating the other.
Only thing is that i don’t see the details in the app anymore, for both plugs. This started when turning them off and the temp indicator went blue.

Edit2
I removed the temp sensor from the DH and now the details screen is working again.
I’ll take another look to see if I can get it working again later.

Edit3
It seems like the button on the plug itself now also updates the status in the app correctly. Tried it quite a few times now and the status is updated all times.

The plug seems to behave pretty good, although still a bad repeater for the Orvibo. Maybe it’s the Orvibo, this also didn’t like the Osram as repeater.
Will try a Xiaomi Sensor when it arrives.

I modded the plug a bit to fit into a Schuko plug (EU), used an adapter some (epoxy) glue and a grinder.

As you can see i needed to grind off a bit from the adapter, the one on the right is more snug.

Could you show us what you did on the plug end?

Sure
I used a standard AU-EU adapter from DX, but it was too long, so i needed to grind off some of it

These plugs have been working fine for a few days now.
Ordered a few more.

I don’t know if you have chance to buy them but I discovered that the IKEA TRADFRI gu10 bulbs are wonderful repeater!!

do you think this is going to work for the plug?
http://catalogue.bticino.com/BTI-AM5025T-EN

I have my zigbee outlet working fine both on smartthings and actiontiles.
I also have a raspberry pi running home bridge and the 3 outlet only get temperature in home kit but no chance to switch them on/off.
Has someone been able to use the outlet on home kit?
thanks
Fab

Very curious finding related to this device on smartthings. I’ve paired up 5 of these two days ago and all of them function perfectly well responding to commands to switch on or off. Since I’m only interested in using them to increase my mesh I’ve noticed that 3 of them stop working as relays after about an hour after pairing. Another 2 seem to work fine.

Looking into further, by modding the device handler I can see the working two are constantly sending messages every 10-15minutes to the hub whilst the other 3 only send messages when a command is sent to them.

One working fine but not repeating well:

My advice is not bother. Just ripped all mine out in disgust!!
50 dropped zigbee devices over 48 hours. Totally wrecks your mesh. I have close to 170 zigbee devices in the house, these outlets are a disaster if you have a lot of devices like me.

Back in search for a better Zigbee repeater…
Hard to find, i am thinking about zwave only, since i have just started with ST and still have a choice.
I have to say my Xiaomi Door sensors still work fine after a week or so.
I have even built one inside the door and doorframe, they’re small enough. I can still replace the sensor (in case it stops working), the magnet will be more difficult though.

have you tried Ikea Tradfri? they work

Can you show me the original schuco adapter you used? 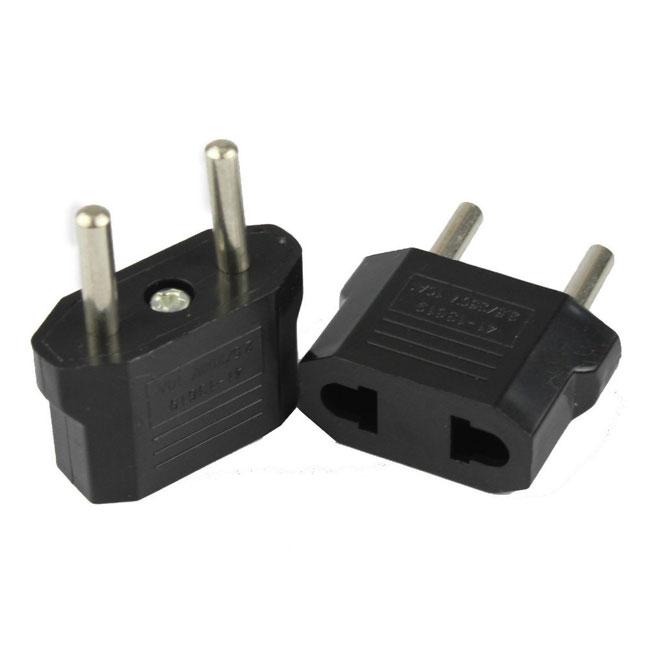 ok so you are not using the ground? Is it safe even if you use hair dryer or stuff like that?

Not using ground no.
I’m only using these for lights and small devices.
Most of my other plugs are zwave, which have ground.

Back in search for a better Zigbee repeater…

Problem is their mere existence on my network is causing major disruption. There’s no way to switch off their attempts at acting as repeaters. I think when you have large zigbee networks there’s a lot of traffic. When there’s a weak node in the mesh, things crash and burn. Same as when I had lots of osram bulbs on my network.