I’ve been very happy with my ASUS AC1900, but it’s starting to struggle. Whether it’s the 35-ish clients or the 5-6 years in age, I’m not sure, but I figure it’s time to check options. 1500 sq ft home, so distance isn’t a big deal. What are some of y’all using these days?

I have Ubiquiti Unifi

this was just discussed in the forum a couple of months ago, Here’s that link:

I hope this is the correct group to post this in, sorry if it’s not. Being New to the smart home scene and not very tech savvy, I am looking for advice on a new network set up. I currently have cox ISP and rent their panoramic wifi gateway with 150mbsp download, but the connected device limit is low. I am looking for input from the community on how to expand my device limit (can’t be done on current device), what router/modem you all suggest that plays well with ST and IoT devices and has decent security. I’ll even take advice on for speed suggestions although speed is not currently an issue. Any input is appreciated. Thanks.

But if I recall, that particular thread didn’t bring up some of the other issues that people care about these days. For example, if you will be using HomeKit, it’s definitely worth considering getting a HomeKit – compatible router.

But then there’s the whole issue of Matter and whether you want a Wi-Fi router that also has thread support. We probably won’t know more about this until November or December.

Some routers are also much better at handling presence detection as a trigger for home automation than others. so if you wanted to run automations based on a particular device being connected to the home Wi-Fi or not, that’s yet another consideration.

Some models have Ifttt integration, which is pretty cool if you already have an Ifttt subscription. I know asus and TP Link have some models with this, I’m sure there are more.

And of course there’s the issue of parental controls. And guest networks, another feature which can be useful if you want to isolate your home automation from your other applications.

And then there’s the whole Wi-Fi six question. Do you want to pay an extra $200 for a router now given that the standard isn’t complete yet? Some will say yes, some will say no, so that’s another “just depends“ category.

Wi-Fi 6: What’s Different, and Why it Matters

Wi-Fi 6 is the next-generation wireless standard that’s faster than 802.11ac. More than speed, it will provide better performance in congested areas, from stadiums to your own device-packed home. Wi-Fi 6 officially arrived in late 2019, and Wi-Fi...

So I would say specific to 2021 there are a bunch of router features that have only been introduced in the last two or three years which can specifically impact home automation, so you may need to be a little more specific about what you’re looking for beyond just Wi-Fi.

Two examples in this category:

A) quite a few IOT devices only run on the 2.4 band and require that you initially set them up with a phone that is also on that band. But then there are a lot of routers which give the 2.4 band and the 5 GHz band the same SS ID and want to automatically switch you. Which quite often means you end up with, say, your new video doorbell trying to initialize on 2.4 while your phone is on 5.0 and you end up having to walk down the street until you are out of range of your 5.0 band just to get the doorbell set up the first time.

Once it is set up, everything works fine with your phone on one band and the doorbell on the other, but the set up can be very annoying if your router doesn’t at least let you temporarily disable the 5.0 band. Some people don’t care about that, but if you intend to have a lot of Wi-Fi devices, it’s something to consider.

But there are a few routers (cough Samsung SmartThings WiFi mesh) which require an active cloud connection or you get no Wi-Fi at all. I do not recommend getting these for any home which wants as much continuity of service as possible for their home automation.

So… different things work for different people, especially these days. 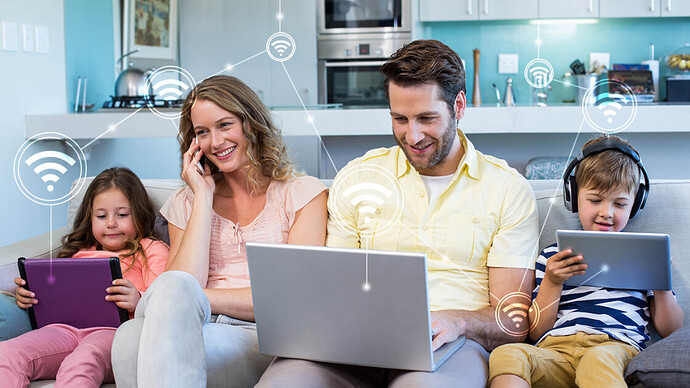 Should You Upgrade to Wi-Fi 6?

Wi-Fi 6 is here, promising faster performance and less bandwidth congestion. But with supported devices becoming widely available, is now the time to upgrade your router?

Also, I forgot to mention that if you have even one serious gamer in the house, you should definitely consider a router designed for that use case.

At our house we are three adult housemates, and one of us is a very serious player. Ultimately, he ended up getting his own Internet account with his own router. At least he’s not blaming our one Wi-Fi smart plug for his losses anymore.

and he definitely improved his play, for games, you have to focus on upload quality as well as the download you need for most streaming functions. 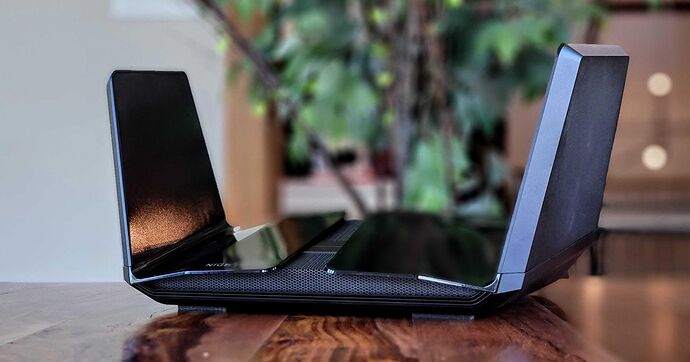 Wi-Fi 6E routers are here, and we're not ready for them

Commentary: A new generation of routers boasts access to the ultrawide 6GHz band -- but right now, that band means very little for the average home network.

@JDRoberts I am not familiar with this…

Will you please explain and give some router examples?

I’m going to leave my previous post up, but here’s a checklist format if it’s simpler:

Wi-Fi 5 is OK for most people and will be significantly less expensive than a Wi-Fi six router, but the Wi-Fi six router is technically better. See the links above for more details.

But then there are a lot of routers which give the 2.4 band and the 5 GHz band the same SS ID and want to automatically switch you. Which quite often means you end up with, say, your new video doorbell trying to initialize on 2.4 while your phone is on 5.0 and you end up having to walk down the street until you are out of range of your 5.0 band just to get the doorbell set up the first time.

I recently discovered that my eero WiFi has a new feature to help with this. In the Troubleshooting menu there is an option that will disable the 5GHz band for 10 minutes.

A couple of my Nest outdoor cams keep connecting to 5Ghz but due to stucco exterior get a very low signal strength. I’ve been using this new option to force them onto 2.4GHz.

@JDRoberts I am not familiar with this…

Will you please explain and give some router examples?

Sure. If the Internet goes out at my house, the Wi-Fi keeps running. That means all of my HomeKit devices (which are using native Homekit, not homebridge) continue to work just fine except they don’t have voice control. But the app works and the automations work.

My Phillips hue bridge continues to work and works with its app even without the Internet, as long as I still have Wi-Fi. 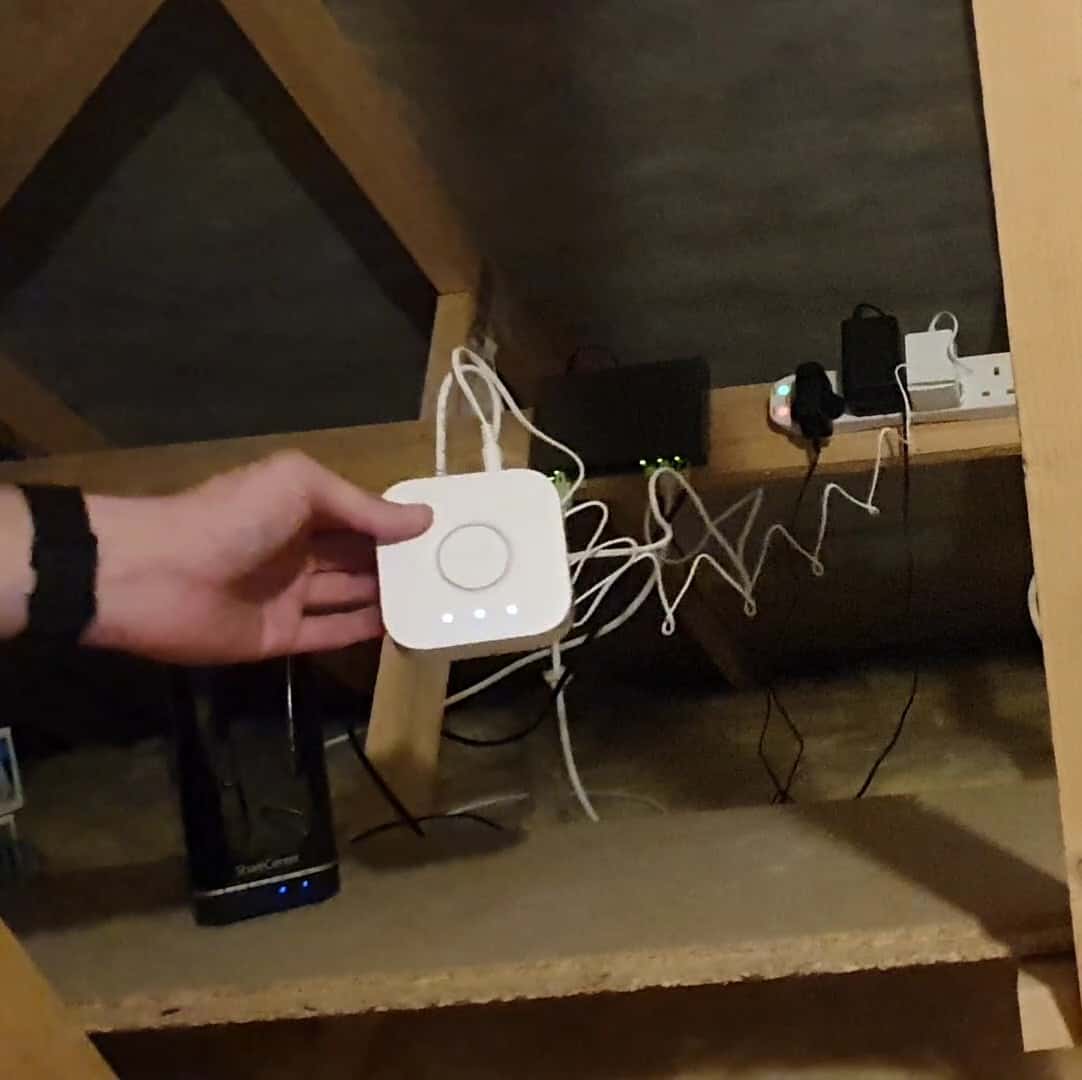 The Philips Hue range of smart bulbs work off something called 'ZigBee', and also some bulbs support Bluetooth, so is internet needed at all?

My Amazon echoes still work in a very limited way, but since one of them does have a zigbee hub inside and I did connect a couple of light switches to it, I do still have voice control of those specific switches.

Also… this one is more technical, but if you have a DLNA server in your home you can still stream music or video that you’ve previously downloaded to one of your devices to your other devices on the same Wi-Fi network even if the Internet is out.

Oh, and your Wi-Fi printers can still print something from your tablet or laptop.

And if you happen to be running Homekit, it’s all super easy, because HomeKit requires that all devices that connect natively be able to run without a cloud.

As far as which Wi-Fi routers this is true for, to be honest, it’s hard to think of one that it isn’t true for except for Samsung SmartThings Wi-Fi mesh routers. (It used to also be an issue with Eero mesh, but they fix that back in 2018.) Your smartthings system is so cloud dependent that even the Wi-Fi mesh doesn’t work without the Internet.

I use eero routers