Why did Samsung abandon us?

I just wanted to clarify one thing. Only the ADT motion and Door/Window sensors are proprietary and need the ADT Smartthings hub. I can vouch for the water sensors to work on hibitat. After the fiasco around the speculated end of it on January 1st i already started the migration to Hubitat. I moved all of my regular sensors and all automations to hubitat already. I am already replacing the door/window sensors and motion sensors with Ring Gen 2 sensors that are Zwave 7 with S2. About half are there now. For a DIY option this seems to be a rock solid option as well.

I am really impressed with the Ring Gear. It paired easily and has been supper fast.

There sure are a lot of those ADT Smartthings smoke detectors floating around Ebay. I wish something could be done to get them working with Smartthings proper, or another platform for that matter.

There sure are a lot of those ADT Smartthings smoke detectors floating around Ebay. I wish something could be done to get them working with Smartthings proper, or another platform for that matter.

It’s a proprietary protocol on a frequency for which there is no radio on any other smartthings hub. So it just is never going to work with them.

You mean they can’t make an adapter… lol

I almost bought a bunch, but thought I had better check to be sure. This was just last month, I was disappointed, but that explains the price.

Interesting. My experience with my Ring cameras is that the WiFi is pitifully weak, and super, super slow… When it works it’s nice, but 45 secconds from launch of app to interaction with the camera is common and makes the interactivity features pointless.

Interesting. My experience with my Ring cameras is that the WiFi is pitifully weak, and super, super slow… When it works it’s nice, but 45 secconds from launch of app to interaction with the camera is common and makes the interactivity features pointless.

The Ring security system is zwave series 700, it’s not using Wi-Fi for the sensors. It should be noticeably faster and with longer range than a series 500 hub like the current smartthings models.

The sensors i mentioned are for the the ring Alarm system and use the latest zwave spec with S2 security for UL certification. It is still imprtant to have a good zwave network with repeater devices.

Not sure about the cameras.

So let me get this right, they’re going to brick my Fire, CO, Water Leak and Security Alarm not just the ability to send remote alerts but also local alarms! All with just 90 days notice. While the offer of some compensation might seem attractive, they want us to dismantle and return the equipment 1st. I hope the list of properties doesn’t become public as we’d be obvious targets. I have this in multiple properties and need to travel across a couple of states in the middle of a pandemic to fix this. Not sure if I should call my insurance company 1st or my lawyer?

This is drastic. Will the smoke and co2 detectors still function as stand alone devices? They’re not remotely bricking those are they? That would for sure be against some codes.

As @JDRoberts indicated. Those devices are using proprietary frequencies, or something about them is proprietary, at least.

That had me wondering who the proprietor is, ADT or Samsung? I can see that if it is ADT why there wouldn’t be an effort to adapt them, but if it is Samsung, I think it is a waste. But then again, maybe it really is so much more complex than a simple interpreter device.

But, yeah… looks like they are headed to the scrap heap, unless they can be used without connectivity.

The ADT water sensor can be added to a regular smartthings hub.

Yeah, I have 7 of those, and they pair right up, no problem. Apparently some other devices do too, reportedly. But that isn’t the case with the Smoke and Carbon Monoxide detectors unfortunately. Might be Z-wave(non standard) vs Zigbee that makes the difference.

Yeah, I have 7 of those, and they pair right up, no problem. Apparently some other devices do too, reportedly. But that isn’t the case with the Smoke and Carbon Monoxide detectors unfortunately. Might be Z-wave(non standard) vs Zigbee that makes the difference.

Zwave is just as “standard” as Zigbee, and probably more so, since every zwave device has to go through certification by the zwave alliance in order to use the name of the protocol. That is not true for Zigbee.

Both standards allow for “manufacturer proprietary” message profiles, but zwave still requires that the device respond to “basic” ( that has a specific meaning in a zwave context) commands, while Zigbee does not. 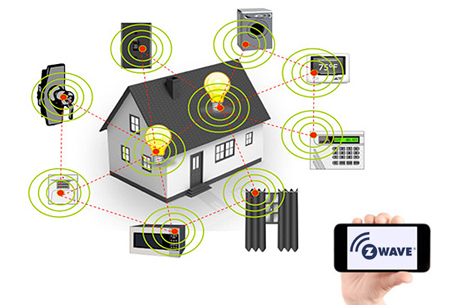 However, there is a regional aspect to zwave which you may be thinking of. Zwave has different radio frequencies in different regions, in order to avoid interference with local first responder and mobile phone communications. Zigbee offers a global frequency which is the same everywhere.

Back to those dual logo products

The ADT/SmartThings dual logo sensors use neither zwave nor Zigbee and operate on a frequency different from both, requiring a special radio which is not available in any other SmartThings hub. Or any other ADT panel. It was a joint product of both companies. There was one exception: the leak sensor, which was just rebadged, so that one can be used with a regular ST hub.

BTW, many security companies use a proprietary communications protocol in part to discourage hacking. That’s not unusual in this market niche.

Thanks for the thorough explanation.

I guess the compatible ADT/ST devices that work with Smartthings hubs V2 and V3, is a short one…

They’ve been great, especially after moving my hub further away from my routers. Have been solid, since.

Will the smoke and co2 detectors still function as stand alone devices? They’re not remotely bricking those are they? That would for sure be against some codes.

Probably, for the reason you gave, but I haven’t heard for sure. It would be good to verify that one with ADT (I’d expect their support to be more reliable than Samsung’s in this regard).

It’s hard not to feel defrauded in this situation as an owner. I don’t give half a rip about the ADT monitoring, but there isn’t really a valid reason aside from the fact that Samsung and ADT want their joint project dead, to disable it. If they want to do the righ thing and offer us a full refund on ADT ST equipment the same way Lowes did with Iris, I would consider staying with Samsung / Smartthings. But even then, it seems like since it is more or less cloud based, and at the whim of the manufacturer, I really don’t want that.

I seriously don’t understand how it is so expensive for these companies to support a cloud based product, then the get product out of the cloud and do local processing. They can’t use much more than a Raspberry Pi worth of processing and memory. Or at least a slightly upgraded SOC of sorts…

Yes there are some that plan on replacing their systems every few years. I haven’t even fully deployed my intended system yet so no. I think longer term as I believe most people do. I am building this into my house, not tacking it onto the outlets and just screwing in bulbs.

Conbine that with the loss of cloud services which happens often and you lose control of your devices, and, well these systems have a LONG way to go reliability wise, and the cloud direction that is oh so popular with these companies for some reason (yeah lets use someone elses computer and put all our info on the net…) just seems like a bad way to do it…

Yes I am ranting. Sorry. This has me genuinely annoyed as they keep changing it up while I am trying to finish it off and have not come up with the fully deployed system I wanted yet…

One would think that Hubitat would seize on this opportunity to lure people away from Smartthings. Although I’m not sure they have any revenue streams other than device sales.

Yeah I completely agree. Even my house has an old ADT alarm system from 10 years ago. Sure i cant connect it to ADT anymore without upgrading but it didnt just magically stop working by a software design. I can still set the alarm and do everything locally. To expect that a 3 year old product magically is worthless by a forced design is mind blowing to me.

I think the perception that it isn’t costing them allot is a bit off. Even a raspberry pi’ amount of CPU for a few million people would add up to a fairly significant amount. I really hope Hubitat can capitalize on this. I feel like they have the magic sauce if they can do both cloud and local execution leaning mostly on local.

Hubitat was always suppose to have some kind of subscription cost associated with certain cloud functions. They are also working on a service that helps with replacement and backup and recovery of the environment.

My parents have a 25 year old alarm system thay can still be monitored. Yea it uses a POTS line but it works.

The panel is clearly made by 2gig. The least they could do is give us some support from their side to migrate to their platform.