Which plug in based smart switch works best with SmartThings? (2015)

I am considering two different Aeotec (Aeon Labs) models.
I think this is an older model DSC06106-ZWUS 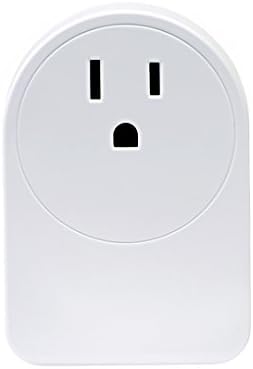 Not sure when this model is due out Smart Switch 6

I like that these report usage also but it’s not my main purpose.

Any models I am missing ?

I use the first one in my basement wherever I am running power strips as it doesn’t block other outlets (the blue led is pretty bright on these). Rest of the places (several of these), I use the second one as I am not handy enough to replace physical switches. They both perform very well and till date has never failed me. The second one may block your other outlets and has a bright blue led too.

I have the ST (centralite ones), work perfectly, and for me a tad better looking than the rest.

I use them too. Comes down to Zwave or zigbee. They are all repeaters for their own protocols.

I use them too. Comes down to Zwave or zigbee. They are all repeaters for their own protocols

I started with a Veralite so all my current devices are Zwave so it seems better to stick with it since my zwave mesh network should be pretty strong.

I don’t have any zigbee devices other than the ST hub of course at this point.

I could go with other vendors also but so far it looks like only the aeon labs stuff also monitor the power. Linear and GE are just switches and/or dimmers.

I use the first one in my basement wherever I am running power strips as it doesn’t block other outlets (the blue led is pretty bright on these). Rest of the places (several of these), I use the second one as I am not handy enough to replace physical switches. They both perform very well and till date has never failed me. The second one may block your other outlets and has a bright blue led too.

@smart Ron, do you see any differences in the power monitoring or zwave strength of either ? I like no losing a socket so the older model appeals to me. But is the newer model has better zwave signal or power management I may go with the newer one. Older model is cheaper also which is a plus.

Question on the power monitoring function of these…

Is it cumulative or does it only monitor each time used separately?

Guys… Never checked the consumption part of it. But Zwave in my home has never ever failed me and these have been very very solid… Here’s a side by side comparison in the basement. The hanging one connected to power strip and the the outlet connected to water softener. I don’t think they belong to the same family meaning they are not the same product as they are two different products from Aeon.

Electric bill in my modest home has been pretty decent and below 100$ always and about 150$ during summers. All LED’s and vintage AC thermostat which I have to replace. That $ also includes some worry free guarantee stupidity in NJ which I opted for being a first time home owner with no cash.

Update: I have 2 of these hanging types and 4-5 outlet types and 3 GE outdoor modules for Xmas lights. These are the powered Zwave types and rock solid.

Here’s one on the dehumidifier…

Question on the power monitoring function of these…

Is it cumulative or does it only monitor each time used separately?

You could write device code which accumulates it. I did this for my enlighten solar system device code. In my case I wanted a daily “max” value so I wrote code to calculate that and reset when day changes.
You could probably write a smart app to keep totals also but I haven’t tried that yet.

Yea, you could easily write a smart app to track it, however outside of the debug log output, there isn’t a convenient way to see it, unless you push the summary values back to the device for display in the device tile, again doable with a custom device…

@smart I received my DSC06106-ZWUS plug and it works well.

I have two questions

The hanging one is detected as the meter switch while the one which is directly plugged into the outlet is detected as Aeon outlet. Sorry, I never got to monitoring the usage as my electricity bill is pretty decent but i guess I should start doing so. I think someone had a really good app to add the usage to either of those.

OK thanks…off to the ide to write my own again. I really think this probably exists but the ability to search for existing smart apps is so poor you it’s really easier to write your own then it is to find one.

I bought the old model Aeon Smart Meter Plug, the one with the short extension cord.

I want to place it on my wine cooler and have it alert me if the cooler is accidentally turned off. However it doesn’t seem to be updating the power usage unless I press refresh. Which is making this useless.

The plug is configured with “Z Wave Metering Switch” as it’s device code. I didn’t see any device code for Aeon Smart Switch.

Is there better device code for this device ?
Are there zwave settings I need to configure to have it report power usage ?

As a plugged in device I would expect zwave updates whenever the data changes.

I also have to figure out a way to detect power off because it report 0W when running anyway, it reports 0 when the fan is off, 2W when the fan is running (it runs every 30 seconds) and it reports 147W when it is running the compressor. I think I need to write a smart app which will report if 0 power after 15min or something like that. That is assuming this plug can report its data correctly.

no idea about this specific aeon device, but regarding the in wall micro (dual/switch and dimmer) which are capable of instant reporting, however they do require a parameter change and a different (modified) ST device to make use of this. It’s likely your meter plug is in the same boat.

Anyone know if these smart plugs will work just fine ?

Wow! You are responding to a thread which is four years old. A lot has changed in that time. I’m sure there are much more recent threads that would answer your question.

But anyway, no, they don’t work with smartthings unless you just use the IFTTT channel or Echo for partial integration.

See the FAQ ( this is a clickable link)