You can definitely create rules in SharpTools that include devices at 2 locations. I have done that more than once.

The current Groovy IFTTT connection only lets you pick one ST location per IFTTT account, but the proposed new integration may be different.

I don’t know about Yonomi.

Yeah I am just exhausted now
the poorly handled app migration with no migration path, then even more poorly handled discontinuation of the hubs , having to redo and fix everything twice already and still a lot of things are sill broken that I have not found a fix for yet and now this
I am completely burnt out on ST alone not to mention all the other crap big tech companies constantly breaking things, HUE, IFTTT, Wyze Google, etc. ,the whole smart home industry is a complete and utter trash fire at this point
I have lost about 90% of the functionality I had 2 years ago , due to all these changes and “upgrades” by greedy incompetent big tech monopoly scum that keep us beholden to their crap servers and services.

Well, I can agree to some extent -it is exhausted I’m right there with you.

However, this is the first time that I am hopeful. All of the changes going on at these companies are related to moving towards a common integration path. The changes going on at smartthings are their first serious attempt to move from a plug-in archi to a real REST API interface, which is a huge huge deal.

Changes going on in other companies are related to the same or similar architecture changes, as well as migration towards matter. Google, for instance, is finally separating the server from the client with regards to it’s hub system. (Yes, they broke the 6 year old IFTTT integration, but it was done in order to make sure that GH controlled what it was supposed to and IFTTT controlled what it was supposed to. So, security improvements.)

Stick with it, still early days.

Just curious… what did HUE break? Do you mean remote operation of the V1 hub? Still works great locally, and that was one of the things I loved best about HUE (plus the local RESTful API).

IMHO HUE has been the best thought out/executed smart home device lineup ever done. Flawless remote/local/local API execution. Yeah, it’s pricey, but worth it to me for the most reliable/flexible lighting system out there.

This post was flagged by the community and is temporarily hidden.

I dunno if I would go that far. I experience Hue drops from Smartthings fairly often. They self-refresh, so it comes back online, but it does have issues.

Off topic, but I’ve had a LOT of issues with the physicality of Hue products, as well as Hue support, and after talking with a couple of Hue ex-support people, I understand why.

I have not seen a single issue with HUE and ST, nor Google Home or Amazon Echo. I also communicate with HUE from a server app I built that uses the local API. It has been rock solid.

And when PG&E drops power (way too often), and Comcast internet eventually goes down because of it, local control via my LAN when I run the generator is also flawless.

I have never had to contact support for any reason so can’t endorse or denigrate it (sorry if you needed it and it sucked). But if I were to rate any SH product 100% it would be HUE. Second would be Venstar, third Global Cache, and a really distant fourth would be SmartThings and their Zwave and Zigbee implementation (which seems only half done).

Gotta toss PG&E out of any stability conversation

Glad you haven’t had issues - I’ve never coded to their API, so don’t have any experience with that either. It does, however, drop with SmartThing with some regularity for me. (LIFX has the same issue.) I am using their cloud for various reasons, not local execution - so that could be part of it. ST has a hard time recovering from cloud drops. (As I said, same issue with LIFX.)

However, most of my complaints/issues with Hue have to do with physical build quality. Their devices are pretty cheaply constructed when you take them apart, and their outside devices really struggle because of it.

If you want to slog through just one (of several) issues I’ve had with Hue support, here’s a reddit post I made last year, along with an accompanying video detailing what I did about it: 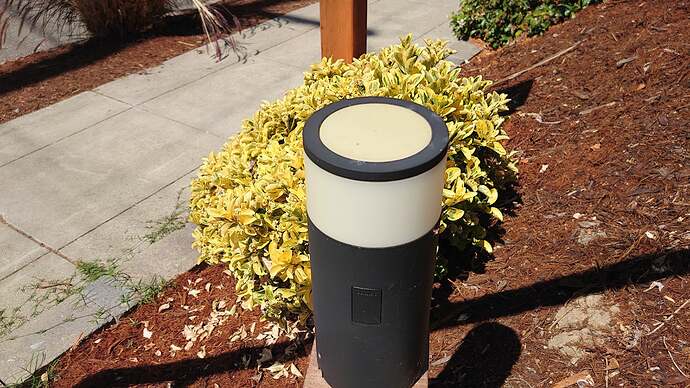 OK…It’s October 1 and the house hasn’t fallen down yet.

I did have one Leviton dimmer switch go offline this morning. Reset it and brought it back online, and it came on with an Edge driver…so…yay, I guess?

No device that I haven’t converted to an edge driver by hand has yet flipped over. Does it start to happen gradually at this point?

No device that I haven’t converted to an edge driver by hand has yet flipped over. Does it start to happen gradually at this point?

Yes, and even more so since they went in and quietly changed the start date from September 30 to October 15.