Use ImperiHome app with SmartThings

I have used ImperiHome app on a Vera system in the past. It was a good off the shelf application on the Android OS where I can have a GUI control of all of my controllable devices and IP cameras. ImperiHome integrated several manufactures of products in one decent GUI where I could mount on the wall as a control panel. I was not limited to one Android device, I had it install on 2 tablets and 3 phones.

It would be great if SmartThings can have ImperiHome app play nice with each other.

I agree with @Chaospup on his request to get ImperiHome working with SmartThings.

I think it would greatly improve the functionality of our SmartThings system…and eliminate that ridiculous shake feature needed to view labels.

Here is a link to the ImperiHome API if anybody want to try and getting it working.

Not to play Necro here, but…

Has anyone attempted this? While smarttiles are nice, imperihome has more integration with other systems, cameras, and is much more customizable, and skinable to match your other tech things.

I was wondering the same thing. I saw this at a friend’s house and loved it.

What would be needed to implement this? Can any developer type folks look into this and see if it is even possible?

It looks like this thread gets brought back from the dead every 5 months so I’ll do it again. I just heard about imperihome the other day so have started playing with it a bit. I’m liking it so far, particularly the Sonos and harmony I and the ability to pin lock widgets for things like locks and alarms.

I think getting it working with ST is doable and I plan to start trying. Ideally it could be done via just a smartapp but without it being officially supported by imperihome I’m not sure there is a way to do the oauth authorization needed to get the data. So for now I’m thinking of taking an approach of a middle man that will run on a raspberry pi and pull the data from ST and serve it to imperihome. Much of the groundwork has been laid by other projects that I’m hoping it won’t be too long or hard to do. If I make any progress I’ll be sure to share.

If you need any beta testing, let me know. I would be willing to break it.

I will post something when I get it together. If I were a real programmer I’d probably have it done by now. Lol. Unfortunately, I know just enough to get things working but it just takes 10x too long.

I would love to see that as well.
ImperiHome’s GUI looks 10 times nicer than SmartTiles IMO.

I was a long time ImperiHome user back in my Vera days. I have an old HP Touchpad with Android running mounted on my fridge and it had ImperiHome running 24x7. When I switched to SmartThings I had to stop using IH and switch to the ST app which at the time did not have landscape/tablet rotation. I was happy to get the dashboard in the ST app but it’s still not as good as IH. I understand that there is always ActionTiles but I got so used to ImperiHome I miss it. Plus, IH was cheaper.

I went back and forth for a while between ST and HomeSeer. The main reason I wanted HS was its local and not cloud based like ST but also because I love Imperihome. I decided to come back to ST because it seemed easier to use for my wife and she loved having our phones as presence sensors (the one and only thing missing in HS). Anyway, I am back with ST and I have emailed the Imperihome team if they are going to ever integrate it with Smartthings. IH works with Wink so i am not sure why it wouldnt with ST. Anyway, i am still waiting to hear back about this and when i do i will let you all know.

Hello, we have started working on the Smarthings integration a while ago.
4 months ago we have submitted the Imperihome SmartApp (Plugin) to be authorized and publish by Smarthings, since then no news…the process is blocked and it seems that Smarthings stop approving publishing SmartApp. 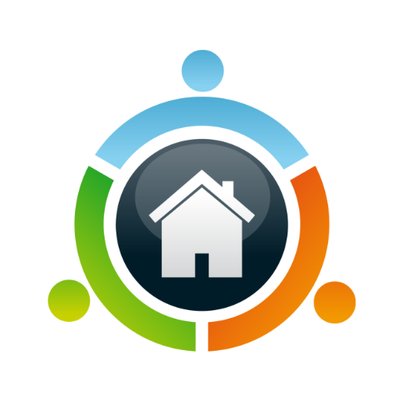 The @smartings @ImperiHome plugin (SmartApp) is ready for 4 months now (screenshot) - waiting for the Smarthings team to publish it ! https://t.co/1vv0tZHI4e

So please if you can help us to get this Plugin published and as Wink, Vera, and many other Home Automation systems, it will become par of ImperiHome.

Good luck. You could always post the code to GitHub so people can manually install it in their IDE.

Looking forward to official release and/or GitHub repository. Hopefully it gets approved/released soon. Thanks.

We received the following answer :
"As outlined in the first post in this thread, we are not accepting new (non-partner) submissions at this time.

If you want to request a partnership, please fill out a request at partners.smartthings.com"

So we will give a try with filling out this request.
If not successful we may consider to look at the GitHub option.

Excellent! I use and love imperihome! Would be delighted to see smart things integration

Any news on this topic? I miss ImperiHome so much since I transfered to SmartThings. Awesome app!

So what happened with the official partner request? Why is Smartthings dragging their feet with this?

There are a number of device manufacturers and app creators who have just gone the community publishing route because it does seem to take so long to get something done officially with SmartThings. Both Aeon Labs and Dome publish guides on their own support sites on how to use their approved community code for SmartThings, and blink cameras and Monolink sensors have done something similar. So some pretty big names.

For example, here is dome’s publication on using their siren with SmartThings via community code:

Or you may prefer to do like Simple Control does, and keep the files on your own support site.

Either way, one of the big advantages of SmartThings is that it does allow individual customers to upload their own code to their SmartThings cloud accounts, which means if you have a working integration, you can make it available to your customers for their use with SmartThings.