If I use the “Only when mode is” selection in Magic Home and select all my modes except Home Sleep that would work except Magic Home will not be able to change my mode at Sunrise to Home Day correct?

I will fool with it again tonight. I already have my ST presence circle around my house set for almost 2miles and still getting false presence info.
Thanks

I will fool with it again tonight. I already have my ST presence circle around my house set for almost 2miles and still getting false presence info.

Hi Dave,
Like Tslagle said before, you have to add the restrictions within his app, not within the mode edit screen.

just use my restriciton that’s built into the magic home app. you’ll be good.

@alternativesurfer
The “restrictions” in this app (Magic Home) do not stop the mode from switching when I need it to (from Home Sleep to Home Night, when my phone comes and goes on its own).

To fix the problem this app needs a "Do not perform this mode (Home Night) if in these modes (Home Sleep). Other than that it’s a great app.

For over a week now I have been using @triggertact long hand method of this app and it has been working perfect and preventing the unwanted switch from Home Sleep to Home Night.

I’ve begun going down the rabbit hole of modes to further refine my home automation setup, including installing the Magic Home app (which is pretty awesome). As with others, I’ve determined the way modes are currently treated doesn’t work well. I think it would be best to enhance modes by allowing me to create multiple mode types each with their own list of values, such as:
Mode Type 1 = Presence
Values = Home, Away, Babysitter, etc.

I think of it like demographic attributes of a person. Rather than forcing me to combine every combination of hair color and eye color as a list of mutually exclusive values, I would prefer to create two attributes, each with their own list of values.

Again, as with others, I would then like to create rules to set mode values using ‘if/then’ logic as well as ‘and/or’ condition comparisons. I won’t pretend this is easy to implement, but doing so would open up a whole new world of possibilities that would be much easier to create and maintain than my current (and quickly) growing list of mutually exclusive modes and actions. I know some would suggest learning how to code SmartApps, but I’m not a developer by trade and don’t see that as a feasible solution.

Same comment as other. There is a way to name Modes but I don’t see the mechanism to do that. I don’t even see the definition for Night and Home seems to override this anyway.

These are just simple text strings. In the mobile app, go left to your location, then click the gear icon, and near the bottom are all of your modes. You can edit the names there if you want, or add additional modes.

Wow this is a long thread, I really hope the SmartThings project manager / developers are paying attention.

Modes are too restrictive as-is and won’t work in simple configuration. Realistically having anything like “mode groups” or the ability to be in multiple modes simultaneously won’t work though. The implementation & logic is too complex and inconsistent to be useful in a product targeted at the masses. However, most if not all situations would at least be possible if the available modes were user configurable. Sure, default it to have “Away”, “Home” & “Night” for starters, but allow the user to add / remove / rename modes as desired.

For example, I may have a guest stay in my home for a short while. When I’m home that’s “Home”, but if I’m not home and they are in my home I can’t use the default “Away” mode because that would trip the security sensors and set off the alarm. But I don’t want the system to be in the same “Home” mode that applies when I AM HOME. Because my guest has no business getting into certain areas (such as my home office) that I have sensors on and, if they do, I still want that to set off an alarm. There is no way to allow something like this with the 3 default modes. But if I could create my own modes I could set this up no problem. 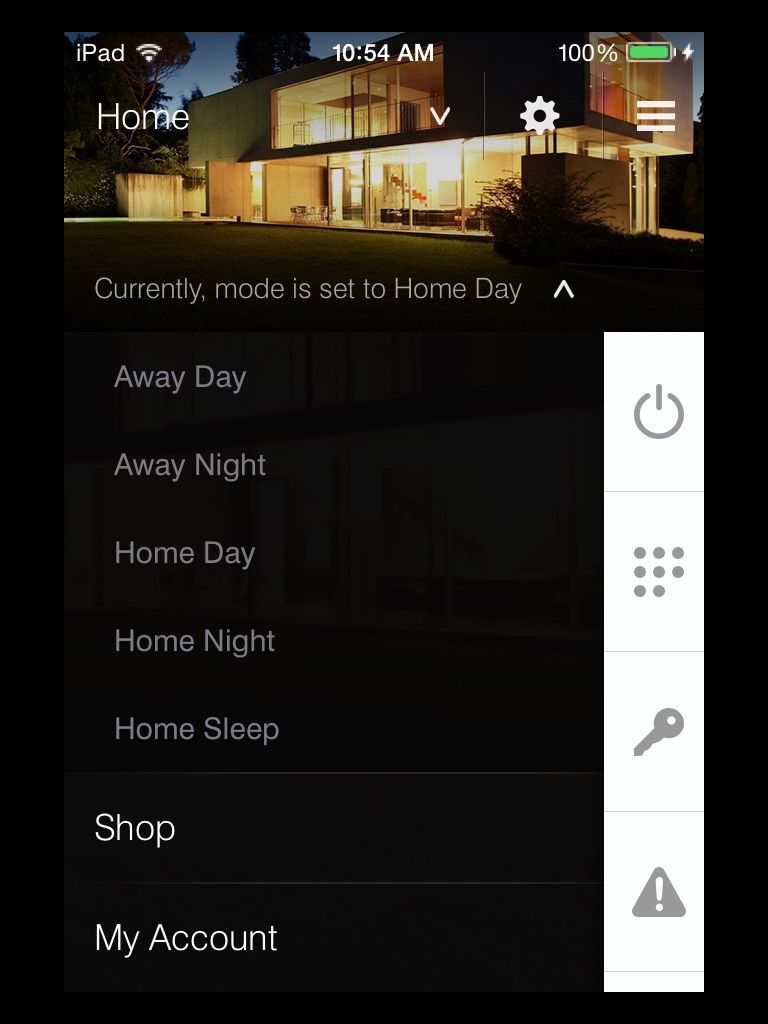 Click the gear symbol at the top of your page, the page I have shown.

HOWEVER - I did just find graph.api.smartthings.com which - wow - makes things much better. Through there I found where to edit modes. Yay! They should make that web interface more known, like include a fairly easy to find link to it in the mobile app.

I haven’t been able to find any way to add/change modes in the mobile app (I’m using Android).

Yeah, it’s not obvious, but it’s there. Here you go:

FAQ: How to Add a New Location Mode, or Manually Change from One Location Mode to Another (Classic App) Apps & Clients