The Next Generation of SmartThings is Here

3 posts were merged into an existing topic: Hub 2 Backordered vs ships 5-7 days

Am I the only one that can’t help thinking of Big Trouble in Little China when they see 6LoWPAN mentioned?

Close this thread, Andy wins the internet for the day.

2 posts were merged into an existing topic: Hub 2 Backordered vs ships 5-7 days (AKA all shipping related posts, please)

Tazeem - not sure if anyone replied to your question in the midst of all the protocol discussion. I (and many) have included somfy rts through the somfy ZRTSI device which does the zwave to RTS translation. Each device has 16 virtual devices so you can program motors or groupings. Search in the device integration thread.

What is inside the little V2 hub: 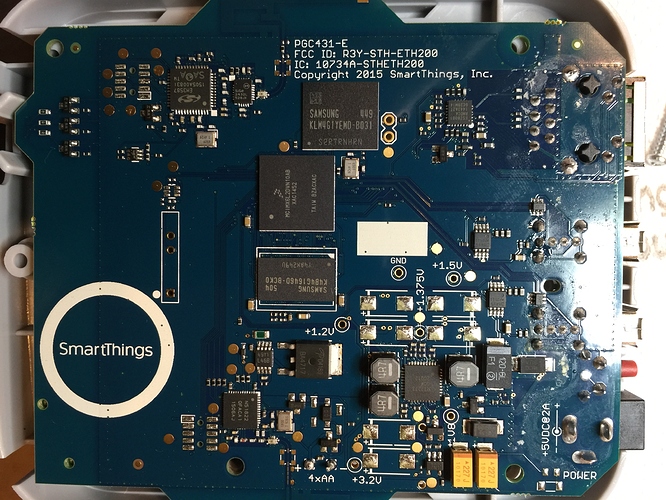 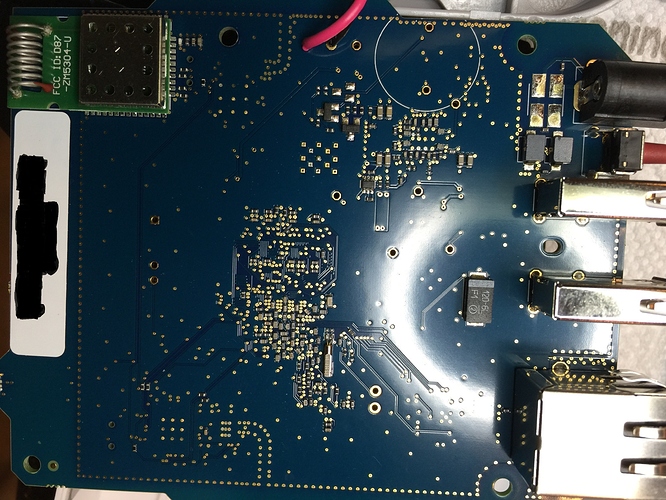 This is interesting. Thanks. Looks like it will at some point have the ability to join the zigbee network created by modern utility meters.

This is interesting. Thanks. Looks like it will at some point have the ability to join the zigbee network created by modern utility meters.

That Skyworks chip is a power amplifier (TX) and low noise amplifier (RX) for the radio signal. ZigBee Smart Energy is part of the ZCL (protocol stack) and could use the same hardware as HA, but I don’t think the stack would work on two networks at once, and the channel will probably be different anyway.

The “Smart Energy” in the description is for marketing I guess.

While I would love to see integration with smart meters, I wouldn’t get your hopes up in seeing this sort of functionality anytime soon. The zigbee networks used by the utilities are vital for billing and grid monitoring. By allowing third party devices to interface with those networks they open themselves up to a level of risk that most utilities are not comfortable with.

But that aside we can still dream…

Actually, many of the Smart Meters (for instance, the Landis+Gyr EMS Gridstream RF w/Zigbee) being installed have two separate radio networks. One, a 900mhz network is used for communication back to the utility, while a separate Zigbee SE network is available to — optionally — control high load Zigbee SE compatible devises with each residence having it’s own private Zigbee SE network with the meter as the hub.

Consumers are also able to enable access to the data generated by the meter using, on an individual basis, the end user purchasing a Zigbee SE client such as those available from http://rainforestautomation.com/. I just need to provide the utility with the a hardware address (MAC?) from the USB stick etc and I can get linked up.

Having two Zigbee chips in the SmartThings hub would have allowed the hub to join directly without adding more … hub like devices.

I have the same question…did you get any replies?

No reply yet. I saw Ben post somewhere they would be coming back. But no answer as to when.

I’m new here. Been reading posts and waiting for hub v2 release to see if I would jump in. I was wondering if the previous packs and kits are going to be back in the Shop soon? Seeing the evolution of the system, I’d like to jump, but kits were more appealing to someone that starts…

We are going to be releasing a new kit in the next 2-3 weeks.

Thanks for the reply!

Can’t wait to jump in as well…!

Hi @Ben , new to the community and I’ve been eagerly awaiting and looking forward to new v2 hub! It should be a week or so now based on the last post.

Are we able to pre-order now?

Check out Amazon… It has been available forever now.

Not sure about the ST store. Sorry, buddy! You missed all the action and welcome to the community!

You can buy the new kit at Best Buy right now.