The Laundry Has Finished

@audiorazor
Do mean just a push when the laundry is finished?

Correct. I don’t want to turn on a switch. Just want a push notification
from SmartThings

@audiorazor
I can probably do that.
I’ll have a look for you 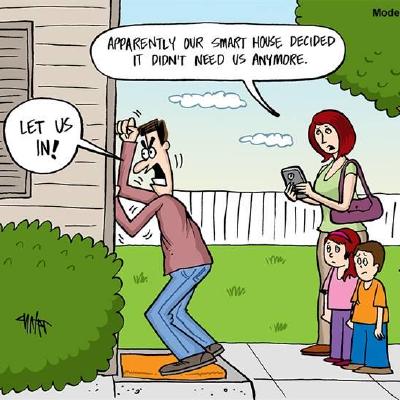 Please let me know how you get on.

Thank you so much! I will test it today.

Do I have to do anything to activate the app or it works automatically? That was the only part I was confused by.

Thanks. I have lots of apps installed but I didn’t know if it needed to be
triggered.

I will let you know how it goes!

Thank you for making that change!

@Cobra Just what I was looking for! Works perfect! Thank you, thank you!

You are welcome guys.

What speakers are people using to get the voice commands?

I have a few Alexa speakers around the house, any chance they could work?

Unfortunately if they are amazon echo then no.
Amazon to not allow the pushing of messages to play via speaker.

How about using a chromcast audio?

This works perfectly - thanks Cobra!

I have a simple question. I do have a number of wifi speakers (sonos) and they are on smartthings. How do I tell the app which speaker to send the voice message to? I don’t see an option other than to turn on/off push messages. am I missing a piece of the puzzle?

Scot
it depends which app you downloaded.

Hi all I can no longer support development of this app in SmartThings. Most of my devices are now migrated to the Hubitat environment and rather than support two different versions I have decided to concentrate on the Hubitat version I’ll leave the GitHub files and links for a while and you are welcome to download existing versions if you wish Andy I’ve had my ST system for more than a year now and have had great success with WAF (Wife Approval Factor) by getting the system to ‘announce’ things like ‘the washer has finished’ and ‘the dryer has finished’ or ‘there is someone at the door’ I have used quite a few community created smartapps along the way to get my system to work how I want it. (Kudos goes to this excellent community for the help it gives everyone) I have also created…

Hi, I found this thread and am trying to use your smart app, but am not having much success. I do plan to dig into the code when I get a chance, but I wonder if you have any suggestions where to start. I have tried with two different power meters. One is on my electric car charger and the other is on my washer. I created the smart app and the virtual minute switch, but the switch never gets set. In both cases I set a realistic power threshold.

My first question, and where I intend to sdtart looking is, how does the app read the power meter?

Any help is appreciated.