What do you use as your RF pool temp gauge? I’ve tried an Iris contact sensor in a bag but I have to have it right at the top of the water or else it won’t talk back to the hub… I really want something to report the temp like 6-12" below the surface. 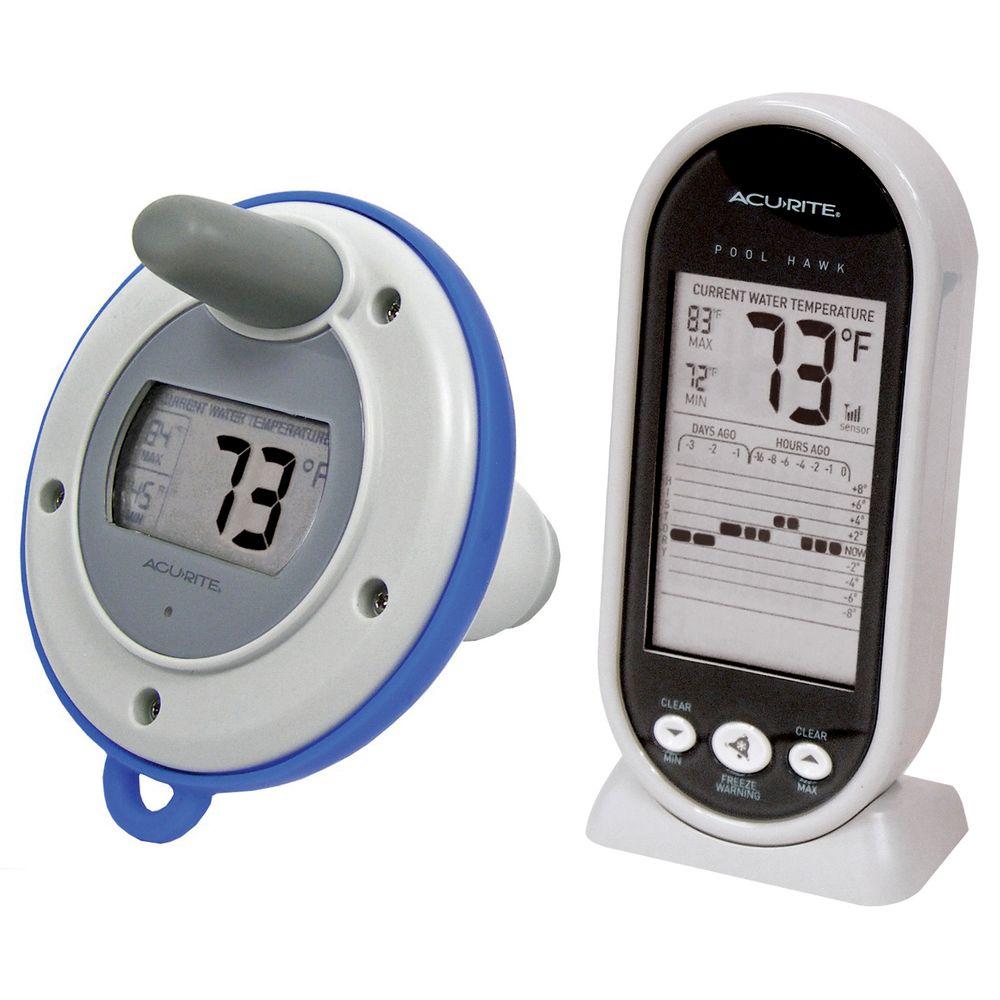 Acquire the Acu-Rite Digital Pool Thermometer 00617HDSB, device featuring a water freeze warning and an indicator for signal strength at The Home Depot

It’s been 17 days since I placed my order, and 12 days since they received payment via PayPal…and still my order has not been shipped, nor have they responded to customer service inquiries. I’m understanding of a great many things, but I have absolutely zero patience for this sort of nonsense.

One small note: generally not a good idea to vacuum seal any battery operated device. Or even to put it in a small airtight container unless both the device and the batteries are specifically designed for that environment.

Batteries can and do outgas, and this can create a number of problems.

Many people have successfully run multiple brands of sensors inside refrigerators or freezers without needing to vacuum seal them.

There are also sensors which can take an attached probe and you can put just the probe inside the freezer. But from other forum discussions, that doesn’t generally seem to be necessary.

I always thought outgassing happened during charging of (alkaline) batteries not during discharge which happens to lead ones.

So it’s been about a month and three weeks since I put my temp sensor in the deep freezer. I got a notification a couple of days ago saying my battery was getting low. It says its around 50%, but the email I received says it is at 2.55 volts and not to let it get below 2.4 volts for an extended time.

It’s now day 15 since my order was paid for and they’re still “getting it ready”, and still aren’t responding to inquiries about it.

This company sucks and will not be getting anymore business from me, no matter how good the product ends up being.

So, after 2 weeks of doing nothing with my order and refusing to answer inquiries I sent Cao Gadgets an e-mail requesting that they either ship my order by EOB today or cancel the order and issue a full refund. Within a couple of hours I received a reply saying they’d cancelled the order and issued a refund. No, “We’re sorry about the way your order was handled” or anything. They clearly just don’t care.

Bets on how long before they close their virtual doors?

ETA: According to the company history they started out with 2 employees 6 years ago. Today the company now claims only 1 employee (the founder). I wouldn’t be counting on support or warranty honoring for very long.

3 days after Cao Gadgets informed me that my order was cancelled and that a full refund had been issued to my PayPal account, said refund had yet to appear. So I opened an issue with PayPal’s dispute resolution system yesterday and, via that system, contacted CG to reiterate the details of the transaction to date and insist that they follow through. CG responded today, trying again to blame the Shopify system for not indicating that the order payment had been received already (even though they spent over two weeks ignoring my notification to the contrary). They then offered to ship my order the next day or, if I wanted, issue a full refund.

Uh…what? They claimed 4 days ago that they HAD already issued the refund, at the same time that the order was cancelled. I responded by pointing this out and demanding that the refund be issued immediately, and that I had no desire to do business with them now or ever, as they had proven themselves (himself, really…as it’s a one-man operation) to be both inept and untrustworthy. A couple of hours later the refund finally showed up in my PayPal account.

So just 5 days shy of a month after placing the order and absolutely nothing was accomplished other than a pointless wasting of time and effort on my part.

Just an FYI for anyone else considering an order from Cao Gadgets.

[quote=“carmp3fan, post:31, topic:48124, full:true”]
That’s unfortunately because I had great experience with my two orders and I’ve had fairly good experience with the devices.[/quote]

Yeah, I’ve heard nothing but praise for the hardware, but nothing good about customer support. Between that and the combination of him ignoring my attempts to get the order shipped and lying to me about issuing the refund I’m afraid I can neither trust him nor reward his practices by supporting his business.

I am successfully using the SmartThings temperature sensor to monitor my freezer, but how do I set up “Notify me when…”?
There doesn’t appear to be a temperature change setting.

PS, I think the battery issue with freezer sensors is due to the chemistry of batteries. They are still fully charged, but give out a lower voltage at low temperatures.

You can create a Smart Home Monitor Custom Monitoring Rule based on temperature.

Does anyone have a current solution to the freezer/ refrigerator monitor problem? The Everspring sensor is not available it seems.

I am using a NodeMCU and ST Anything with DS18B20 Temperature sensors. Webcore to send alerts when temperature gets too high.

This morning I installed the SmartThings Multi sensor in my freezer and so far it is working just fine. The Freezer is in my garage and there are three walls not counting the freezer between the sensor and the hub.

UPDATE: After having the SmartThings new model multi sensor in my freezer for 5 days, the battery failed yesterday and it stopped reporting. So with the cost of the CR2450 being as high as it is it isn’t worth the cost. Now if I could get the battery to be external it would be great. Or maybe a AC adapter, but I am not sure what model would not fry the sensor.

A brand new CR2450 lasted me over 12 months with the sensor inside my freezer. It’s odd that yours only last 5 days.

A brand new CR2450 lasted me over 12 months with the sensor inside my freezer. It’s odd that yours only last 5 days

OK I installed another CR2450 and will see if the same thing happens.