Traffic on the ST forums has surprised me twice in the last few weeks.

Do you have a recommendation for a 8 port switch with PoE and an IP Camera indoors and out? I’m ready for BI-Fusion.

Been looking at this one… 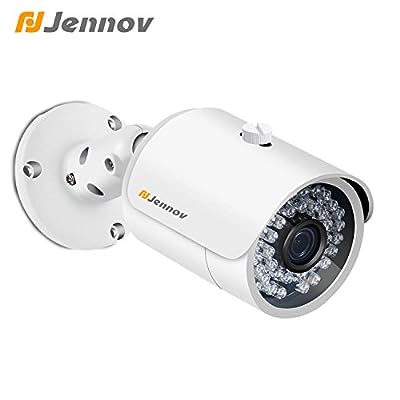 To the hell with the Blinks

The camera can work with SmartThings?

Why??? Do people not realise that they are just restricting themselves to a very small list of devices that are compatible???

I’m surprised Samsung released a product as fragmented and crippled product as the ADT hub. Add me to the list of customers who were very interested but subsequently disappointed.

I’m sure I’m forgetting a few but my list includes.

This has fragmented the platform and caused a lot of confusion amongst consumers. It’s hadd to tell exactly where SmartThings is heading right now.

I think they are heading everywhere. Literally SmartThings as a Hub in as many device as possible. At some point they need to put a comparison chart between all of them on their site: v2 hub, v1 hub, ADT Hub, Link/Shield hub, future v3, future Bixby smart speaker with ST hub, etc.

Why??? Do people not realise that they are just restricting themselves to a very small list of devices that are compatible???

Not sure where you got this information, but I’ve had zero compatibility issues. I purchased three new ADT door sensors to cover my exterior doors that I wanted monitored by ADT. I then paired my 25 Iris contact sensors that didn’t need to be monitored (closets, medicines cabinets, etc) I purchased four ADT motion sensors that I wanted to be monitored to install throughout my house. With the ADT setup I can use the ADT sensors for monitored security and automation, and the Iris sensors can be used for automation. All of my SmartApps, 100+ switches, water sensors, locks, thermostats and z-wave relays all moved over without issue.

All of my automations run in WebCoRE, so I lost local processing long ago. I’ve got a stable internet connection and cellular backup so my only issue is when there is an issue with ST cloud (HA! Now that’s a funny statement

) I’ve been running on the ADT hub since Nov 2nd and it has been smooth sailing. In fact I was moving a door sensor the other day to reposition it and about 10 seconds after I started fiddling with it I got a call from ADT. The agent said they had noticed a silent tamper alarm was activated on my system and wanted to make sure everything was ok. Needless to say I was impressed and so happy I dumped Time Warner Intelligent home.

To anyone installing or thinking about the ADT route, feel free to reach out on the forums. There are quite a few of us who have them and are happy to answer any questions we can.

My point exactly… you had to buy the ADT sensors for security monitoring, and all those other sensors you have are only good for automation… ADT have built themselves I nice little monopoly IMO.

Gotcha. I see what you mean. I needed some additional door and motion sensors anyway, so buying the ADT ones wasn’t a big deal to me. When pricing out the ADT setup with additional sensors, it came out pretty close to the SimplySafe setup I had been looking at. The biggest plus for me is having an established monitoring company monitoring my system. The Time Warner monitoring people were a joke!

Interest in the new ADT/smartthings system is understandable: I’d say about 20 percent of the questions we got in the forum prior to this system being released were about security.

Security based on the original hub has multiple issues:

One) no exit/entry delay that would run locally

Two) no way to arm/disarm the system locally

Four) No panel Device that would run locally

The new systems addresses all of those, while still offering the exact same home automation functionality as the original hub with the exception of the loss of a few smart home monitor features.

If what you want is reliable inexpensive no – contract professional monitoring for both fire and single zone intrusion sensors, while still having the same smartthings home automation features that you had before, then the new system meets that need. Just being able to have the professional Center call the fire department is a big deal for many people.

Beyond all of that is the undeniable brand power of the ADT name. Someone standing in a Best Buy store looking at various self – installed security and home automation starter kits will almost certainly at least look at the one with the ADT logo.

So it makes sense to me that there has been a lot of interest in the forum regarding that particular package.

With regard to a limited device selection:

On the home automation side, you can still use all the same devices that you can use with the original SmartThings hub.

On the security side, most systems limit you to a very small set of approved devices because that’s how they maintain reliability. And they may prefer to use a proprietary protocol to improve security as well. It doesn’t matter whether it’s ADT, frontpoint, simplisafe, scout, Abode, Iris, Nest, Yale-- when it comes to the devices allowed to trigger calls to the monitoring center, it’s not a long list. So I think they stand up to the competition in that regard.