Mostly, I want SmartThings to send the commands based on other things going on. Don’t necessarily need the control from a remote.

+1 - Really want this. Would make it so much more valuable!

Would love SmartThings to support the new Stel Pro thermostat as it is the 1st I’ve found for 220V electric heaters. We without central heating are left out and this one fills that market gap

@jphebert why would that not work?

I’ll admit I’m new to the home automation / Z-Wave space - only did some X-10 years ago. I think it will work but took the opportunity to ask

New to all this but… Wondering if this buddy concept could work with ST? Sale on the new projector arm. 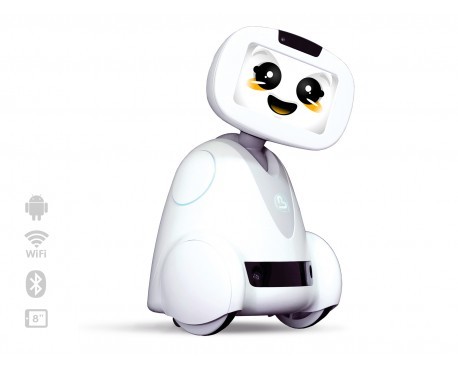 Will it work tho? Says ‘open source’ but ?

Will it work tho? Says ‘open source’ but ?

I believe it’s still preorder, so there’s no way to know what will actually be delivered.

But if they deliver what they say they will, it will have an SDK that may allow someone to build an integration, although it won’t integrate right out of the box.

I would like to see (if it is not already in the works), a relay board that would be able to tie into previously existing hardwired security devices. It would be nice to be able to re-use those connections with the additional functionality of the smart hub. ie window sensor, door sensor, smoke, etc. I know they have smart versions of these things, but why not integrate current infrastructure with new capabilities.
-Thanks

Is there any zwave / zigbee device which can be used to connect hardwired contact , motion sensors ? My house is already fitted with hardwired sensors on each door and window and multiple motion sensors. These are connected to security system. If some how ST can communicate to these sensors it would be great.

Is it possible to create multiple devices, and main tiles, from one arduino shield? Anyone have an example? Tia, Twack

So like many people I have a Security System already wired into my house. Door sensors, window sensors, Motion detectors, etc. When we moved in I played around with it and figure out the code to use it; but never had any intention of hooking it up to ADT or any of the other security companies. As I’ve been getting deeper and deeper into HA, it’s always bothered me that I couldnt figure out a way to utilize those existing sensors in my SmartThings environment. Why buy new wireless motions, door sensors etc, when I already have a great setup of wired ones in place?! When browsing around for solutions, I noticed that many of the Z-wave door sensors have an external sensor port; where you can wire an external sensor into the Z-Wave sensor. My logic was, why not just use this external port … 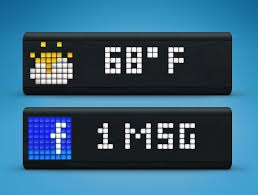 I’ve been playing around with Hue, Speakers and other items trying to find the best way to give me clear timely notifications which are not too distracting and then I bought a Lametric.

For notifications for the whole family it’s great and doesn’t look to obtrusive. But at the moment the only integration with ST is via IFTTT which is ok but slow. and can’t stack messages

If we had a la metric device type we could push notifications straight to that instantaneously.

I’ve seen a few posts but would be interested to know if anyone has started work on a device handler for the Jandy iAqualink? I’ve seen a few older posts but not much recently … and with pool season slowly approaching in the northeast, I’d be willing to buy one if someone can point me in the right direction!

Continuing the discussion from Suggest a Device:

I would like to see the Ring Video Doorbell Devices be linked in with SmartThings. I’ve tried to add it as a camera using the MAC address. It won’t be able to control it but perhaps it will at least recognize the device since its on my network.

I would also like to see SmartThings recognize RaspberryPi’s for folks who are “Makers” and want to link in their inventions with the SmartThings hub.

You got me excited! I thought you had created this but indeed suggestions should be in the thread you linked.

Parrot flower would be welcomed.

Integration as a second layer of protection for an existing security system would be helpful.

Simplisafe home security is now compatible with Nest thermostats, so there is some measure of connectability (www.simplisafe.com) to devices. What I’m hoping is the eventual additional linkage to home security lighting such as the Kuna (www.getkuna.com) where not only would motion activate macros in the hub’s lighting plan, but the cameras could be integrated into the dashboard for coverage on all entry doors. This would enable a second layer of protection in addition to entry sensors associated with the traditional alarms to extend farther out, triggering lighting as more active defense.

While Amazon Echo offers bluetooth connection to speakers, it would be great to develop a bluetooth hub which could forward a single bluetooth music signal to multiple devices, enabling whole-house audio.

I also would like to see Ring Video Doorbell supported in SmartThings if at all possible. I just purchased one along with a Kwikset 916 Smart Lock so it if I could be able to open the door for an expected guest when they hit the bell that would be an added bonus as well.

I bet you could do that now with IFTT and rule machine (with a virtual switch). You can probably even set it up on motion instead of ring.

I was actually looking at that last night and found a couple recipes that might work for my needs. I should have the hardware setup hopefully tomorrow to begin testing and will let you know my results.

I have been thinking about it for awhile, but distracted by other projects. Ring is also suppose to support ondemand video soon.