This is an Edge driver for GE/Jasco/Honeywell Z-Wave switches, dimmers, fans, outlets, and plug-ins, covering the range of generations from the legacy non-Plus devices to the current Z-Wave Plus devices with central scene support. Depending on the capabilities of the particular model, the driver supports:

The list of fingerprints currently included can be found here. If you have a model that’s not included, let me know and I’ll look into adding it.

Use the following link to enroll in the channel and install the driver on your hub: Channel Invitation

If your device is already using an Edge driver, you can use the driver utility in the app to switch drivers.

If your device is currently using a Groovy DTH, you will need to exclude and then add it back to SmartThings to pick up this driver. If you have any custom Groovy DTHs installed that have the device’s fingerprint, either delete the DTH or comment out the fingerprint before attempting to re-join the device.

Contribute to philh30/ST-Edge-Drivers development by creating an account on GitHub.

Thanks for developing and sharing. I will give it a try.

I have a 14294 and its working perfectly , doubble tap work.
I already set like i want .
Will let you know if i found something.
Thank you @philh30

Wouldn’t (shouldn’t) Smartthings be making edge drivers for these switches? I have way too many on these, and no desire to remove and rejoin them, and then redo the automation.

ST has written an Edge driver for z-wave switches, and if you wait then that will likely be what your GE switches are mapped to. In its current state, that driver has all the basic functionality covered, but none of the additional features like configuration parameters, association, or double tap. After the transition, you’ll be able to swap drivers just like you can swap DTHs, and there may be other community options to choose from by then.

@philh30
Could you add the following relay to your driver. It currently uses the “Z-wave switch generic” DTH. 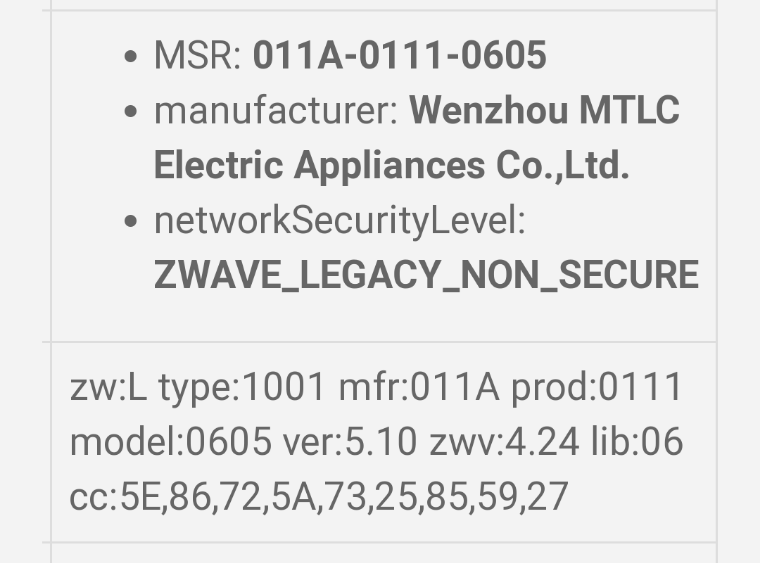 If you have a model that’s not included, let me know and I’ll look into adding it.

Version 1.0.1: GE Motion Switch (26931) and Motion Dimmer (26933) I am pleased to announce the re-release (under new ownership by me) of the GE Z-Wave Plus Motion Switch and Dimmer DTHs (Device Type Handlers)! Special thanks to @mlebaugh for the original DTH and @Darwin for the suggestions and testing of these new DTHs. These DTHs are required when using the GE model 26931 and 26933 combination Switch (or Dimmer) and Motion Sensor. No longer do you have to change batteries in the motion detectors of the room! In addition, the devices allow for limited LOCAL CONTROL of lighting based on motion. The DTH also allows you to sync other lights actions (ZWave only) within the SmartThings Environment without the need for a separate app. This is almost a complete revamping of version 1.0.0…

@Paul_Oliver My intended scope for this driver is just the Jasco-made devices. I’ll follow up via PM.

I actually just ordered one of the motion switches after seeing the rave reviews from @nathancu. Should be here tomorrow, so stay tuned.

Added. I couldn’t find anything on that model, but I found 3235 which supports central scene. I’ve put yours in the central scene profile assuming it’s the same. The choice of profiles only matters for the button events (which you may not care about on an outlet) so if you find that double tap isn’t working I can shift it to a different profile.

After the transition, you’ll be able to swap drivers just like you can swap DTHs

I recently asked about this, and the answer I received is that there is a difference in this regard between groovy DTHs and edge drivers.

With a groovy DTH, you can just manually assign it to any DTH you want.

With an edge driver, the fingerprint of that specific device must be listed in the driver, or the driver must’ve been written to specifically accept a generic pairing, which not all do.

Hard to tell how much of an issue this will be once everything goes live, but I just thought I’d mention it.

So while this transition from groovy DTHs to Edge Drivers is going on, how can I tell while devices are using DTHs and which are using Edge Drivers?

When the device is open in the app click on the 3 dots on top right corner. If driver is an option it is using an Edge Driver.

I know the IDE will list device fingerprints for all devices that use a DTH. Is there an equivalent in the CLI yet? I have a few devices that were initially added with the samsung generic switch driver, and I’m not sure how to view the fingerprint.

Also, what should the hexid be in devices that are using drivers? A device network ID is no longer shown in the IDE.

If you use the -y or -j flags when running devices in the CLI then you’ll get a lot more info, including the fingerprint and network ID.

I had some time today, and I wanted to see what it is like to install an edge driver. So I decided to install this one and change one switch over to use the driver. I was pleasantly surprised at how easy it was to install. So now I have one switch using this driver. However, IDE is showing that this is now “cloud” execution instead “local” execution. Did I do something wrong?