Anyone know the difference?

Seems I can’t even enrol in the non-beta channel. Both web interface and CLI return a 500/UnexpectedError.

Anyone know the difference?

The stock drivers are installed from a default channel that end users are barely aware of and don’t interact directly with. We often call it the production channel on the forum because it is generated from the production branch of the GitHub repository for the drivers.

The beta channel is likewise generated from the beta branch. It originally offered a preview of Edge to interested users and developers but is pretty much accepted now as an open beta. There is usually a weekly update of the beta from the main repository and then that updates to production a week after that.

The drivers in the beta and default channels may still have significantly different fingerprint files as devices are still being ported to Edge and the rollout to production use is being carefully managed.

Same applies to me.

I can only find one repo on Github: GitHub - SmartThingsCommunity/SmartThingsEdgeDrivers

Is this the beta or production branch?

Is this the beta or production branch?

Repos can have multiple branches. In this case the default is the “main” branch but you can choose to view other branches, including the “beta” and “production” branches. 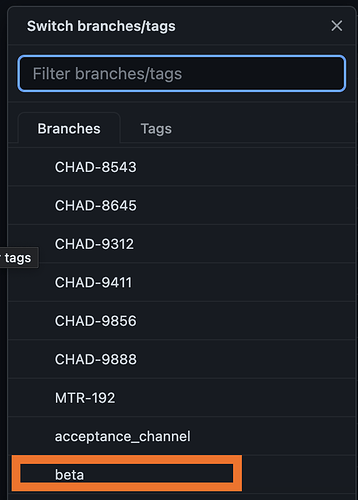