One of the links at the bottom of the directed page is ‘email the CEO’ Graham, no doubt that individual would know what to do with a CLI log because creating a log in the app might or might not happen

Considering ST is Samsungs big thing, there are areas that need much work still

Hopefully this will be corrected soon. It is definitely affecting my testing. 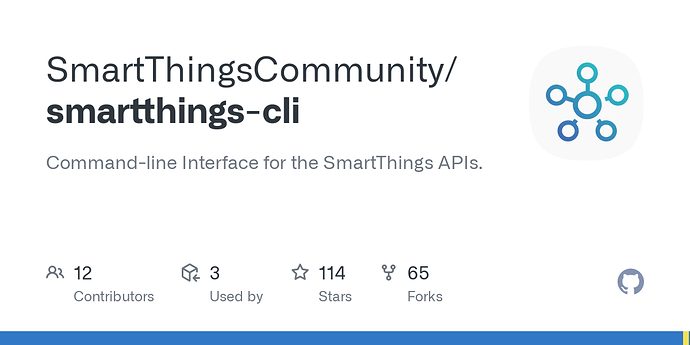 How frustrating this is, and there seems to be minimal response from Samsung. In the last version of the Android app drivers didn’t even show in the three dot menu, now they are present but cannot be switched.

If you don’t enter any device id, it shows you all devices with edge driver, with their name.

you type the device number and then it shows you the compatible drivers installed, just like the app.
Just choose one of the proposed and there will be no problem.

Yeah, this was only a suggestion for people to continue their work. This is considered a critical issue and the team is working to have this fixed ASAP.

5 days spent to fix a “critical“ issue and still no resolution? I can only imagine how hopeless a non critical issue resolution would be. Sigh.

What is worse than 5 days to fix a “critical issues” is Samsung knew the Android update broke change edge drivers then seemed to know it was broken and rolled it out to Apple users, anyway. Why not stop the apple roll out until the issue was fixed?

Was it an app update the broke it or was it the hub update?

It’s definitely an app issue. I rolled back to the previous app version on one of devices and I can change drivers at will.

Thanks. That’s the most helpful thing anyone has said so far. Seems like installing an older apk might be a good temporary solution until Samsung stumbles upon the real fix.

Lets not be too judgemental of the development team on this.

No developers deliberately break things and everyone can make mistakes.

In my (long) experience of working in IT the team(s) behind this will be working non-stop to get a suitably production ready fix out and deployed. To both the app and the hub - and I am sure they are not stumbling around

Why not stop the apple roll out until the issue was fixed?

Just to provide some clarification about this, the iOS app had other issues that affected the discovery of devices and automation creations that other users were waiting for. Those were solved in this new version and it was important to provide them with this solution.

I don’t understand why this comment was removed.
The rush is not good and it seems that now we are going against the clock and many mistakes are being made, nobody says they are voluntary or in bad faith, but every few days we have a surprise, when it is not the app it is the firmware or undocumented changes.

Nobody wants or wants it to happen, but it would not be the first time that all the routines disappear, it happened to me the 2021 year 2 times along with other users, irretrievably according to the response received and it was a… annoyance

We are simply asking for more reliability when you release updates and quick fixes when something goes wrong.

I had a comment removed today that was critical of SmartThings for not providing hub users with a backup and restore option. It wasn’t a rant, just a few words, and had no objectionable language. And it had more likes than any comment I’ve ever made.

Feels right to me.

SmartThings for not providing hub users with a backup and restore option.

You can send this request to Customer Support. They could guide you better in case there’s already a way for you to do this.

Just as a reference, here are the guidelines of the Community forum:
https://community.smartthings.com/guidelines

You can send this request to Customer Support

Perhaps not in this thread, but in the community.

Then, you can create a separate thread for others to chime in and share that post with them so everyone sees this is a big request. I mentioned you need to contact them because they’re not around the Community and they should have more info.