So Since my system is working great now I wonder if we can use the same type of system to integrate into a security alarm system. I have a system that is no longer working but I have all these motion sensor and door/window sensors that go back to the main system box. If I was able to trip a relay from those sensors back to the Ardino controller rewrite some code for this and change a few pictures…Just wondering if this is possible or if there is something out there that does this. I really don’t want to interface into the security system since I don’t use it. Just want to trip a few relays when the sensor go off and report back to smarthings

I stumbled across this cool project to build a Smartthings sprinkler system but unfortunately it appears the ThingShield has been discontinued. Does anyone know of an alternative to using the ThingShield which would work with the Arduino or maybe the Raspberry Pi?

Bunch of options out there. Here are two I like

Thanks for the reply, but those two devices are not available in the US. Also, the 2nd device (ZiY) apparently is on hold now.

I think it’s time for some enterprising person to make a post with all the Thing Shield alternatives in one place. Here are some links to get you started…

In addition to what JD has posted above, there are many other methods which have been explored in other community discussions. For example, you could use an ESP8266 board (~$10) which can be programmed via the Arduino IDE and has built-in WiFi. This could then be connected to the ST cloud via the Hub as shown in this discussion: Others have implemented cloud-to-cloud integration via IFTTT or Particle. Still others have tackled full bi-directional Ethernet communications via the hub, as show in: At this point, I am not sure why one wouldn’t simply run an OAUTH SmartApp that exposes everything you want from the ST Cloud (including virtual devices that represent the physical devices attached to your local Arduino, Raspberry Pi, ESP8266, etc…) Then you simply have your micro-controll…

If you’re still looking for a ThingShield, I have one to sell. As well, I have the entire kit for this project. It worked great, however, I decided to go with the Rachio system.

Make me an offer for all of the items. 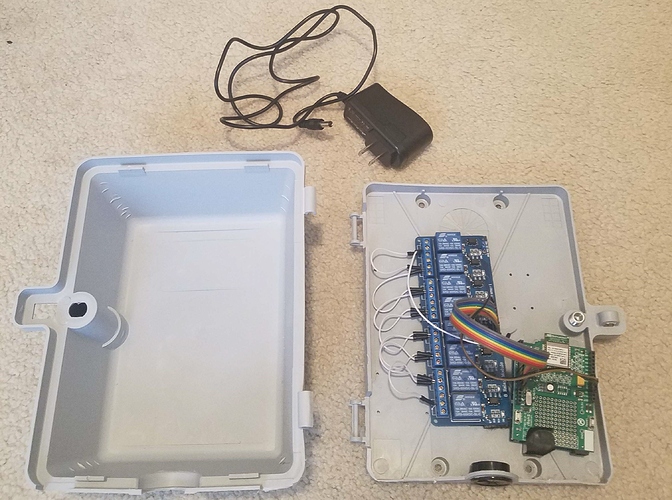 Included are the following:

Shoot me a private message and we can work out the details.

Hi, I’m interested in the ThingShield. Please let me know how can I pay for it.

I’m curious, what made you decide to go with the Rachio system?

I’m also looking for an alternative. Nothing wrong with this sprinkler system, but everything else SmartThings is terrible and not worth the headache.

I do like the project but it seems like getting a SmartThings Shield for Arduino is almost impossible.
Is there some way to have an Arduino device integrated into ST ?

Me again, sorry, it’s just that I don’t want to abandon this project so easily.
So my question is, in case I decide to maintain this whole setup, can I just replace the ST Shield for Arduino with a WiFi Shield instead ?

Is there too much to customize in this project to make it to work with a WiFi shield instead?

Tks for your advice and help.

Thanks for your interest. I haven’t recently scanned community posts to see if there is a general work around to the ThingShield that could be easily incorporated into this project.

One solution that I am aware of is to use a Particle Photon board, The good news is that @aacordon did some really cool work (apparently ahead of his time) to port this project onto a Photon board. You can search this thread to see his progress reports. Perhaps he can chime in on the current status and whether he has posted his code.

So far the photon has been working continuously since May.

I am using an IO expander to control the relays using a carrier pcb for the photon as shown in post: Smart Sprinkler System

The end product is in post: Smart Sprinkler System

I normally work out of bitbucket. Just moved the files to git.

-The *.groovy file is the ported Smarthings App. No changes were made to the scheduler.
-The relay-controller.ino is the file used with the particle photon.
-The scratchpad.py is just a python script i used to print out the syntax for the smart things app for n-many relays
-The spark_web.py was how i tested the string commands sent to the photon via python, the photon device_id and access_token need to be provided in lines 43/44 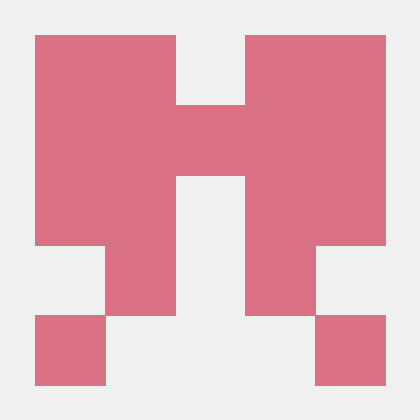 Maybe this will help keep your sprinkler system project alive and well? Should be an easy change of your sketch to support either the NodeMCU ESP8266 board with integrated WiFi, or an Arduino with a W5100 Ethernet shield (more wiring though!) Check out my new “SmartThings v2.0” library. It still supports the ThingShield, but adds some new options. My goal was to keep the basic ThingShield functions the same (i.e. run(), send(), the callback function) while adding support for some new methods of connecting to the ST Hub over Ethernet (hard wired or WiFi). The new “SmartThings v2.x” library could easily be expanded to support other network connectivity if desired.

SO the winter is over and I turned my system back on. I went and replaced all the emitters that the pack rats stole and tested the system. Manually everything worked great. Well over the last day it was warm enough to start the system through the scheduler. Well it did not want to go on through the scheduler. Tried two times and gave up. three days in a row. Manually works fine. Anything I need to check?

I really like the scheduling aspect of this. I however just have a single valve that controls my drip system in my garden. It is connected to a 24v power supply plugged into a z-wave outlet. Is there a way to incorporate my small scale need? I tried using the scheduler and used my switch as the selection for the relay, but that did not work. I appreciate any suggestions!

For one single valve an alternate solution to consider is to use a combination of ST_Anything and CoRE. This project uses the ST_Anything library, but ST_Anything has an example of different devices. You could reuse the Switch type and CoRE could be used to setup a simple schedule. You would lose functionality, but you could eventually add that back. (Switch is on/off by default, but that can be changed. Also, not sure if CoRE handles weather but it is VERY powerful and is something any ST power user should use.)
Just an alternate solution for you to consider.

Update: All sold out, thank you

I had a ThingShield, Arduino Uno and 8-channel relay set. Pretty much everything you need for this project already tested just add power and pair it with your hub. message me if you want it.

Didn’t find a way to message you, so posing it here. If you still have it for sale, please let me know, how much?