I’m trying to find something that is relatively simple to use for an alarm clock, as if things are too complicated then my girlfriend simply won’t be bothered with it.

I’ve got a couple of Hue Lux bulbs in our bedside lamps, but I’m trying to get it so that we can each set our own alarms and the Hue would work in harmony like so:

It seems like a very simple request to mimic the behaviour of the very expensive S.A.D alarm clocks, and the setup I have at the moment with SmartThings isn’t working as well as it should.
At the moment, I’ve got GentleWakeup which sort of works, however it doesn’t sync with an alarm clock, so you can forget to turn either the actual alarm or the lighting on.
Worst case here is that we’re either late for work as the alarm didn’t go off, or on a day when we decide to turn the alarm off, we forget about the lighting and end up with the lights coming on at 5am!

I’ve also been looking for an alarm clock to do similar. Having it all sync up is a must - the alarm can’t be set in more than one system or they’ll get out of sync.

I want to turn on lights gently. Also I want the coffee machine to turn on 10 mins before the alarm.

I’ve currently got my Good Morning routine hooked up to my phone alarm with Tasker. But AFAIK Tasker actions can only trigger on alarms, not x minutes before alarms.

We’ve been talking about Beddi on another thread, which has an ‘x minutes before the alarm feature’, but you’ll have to wait for it: 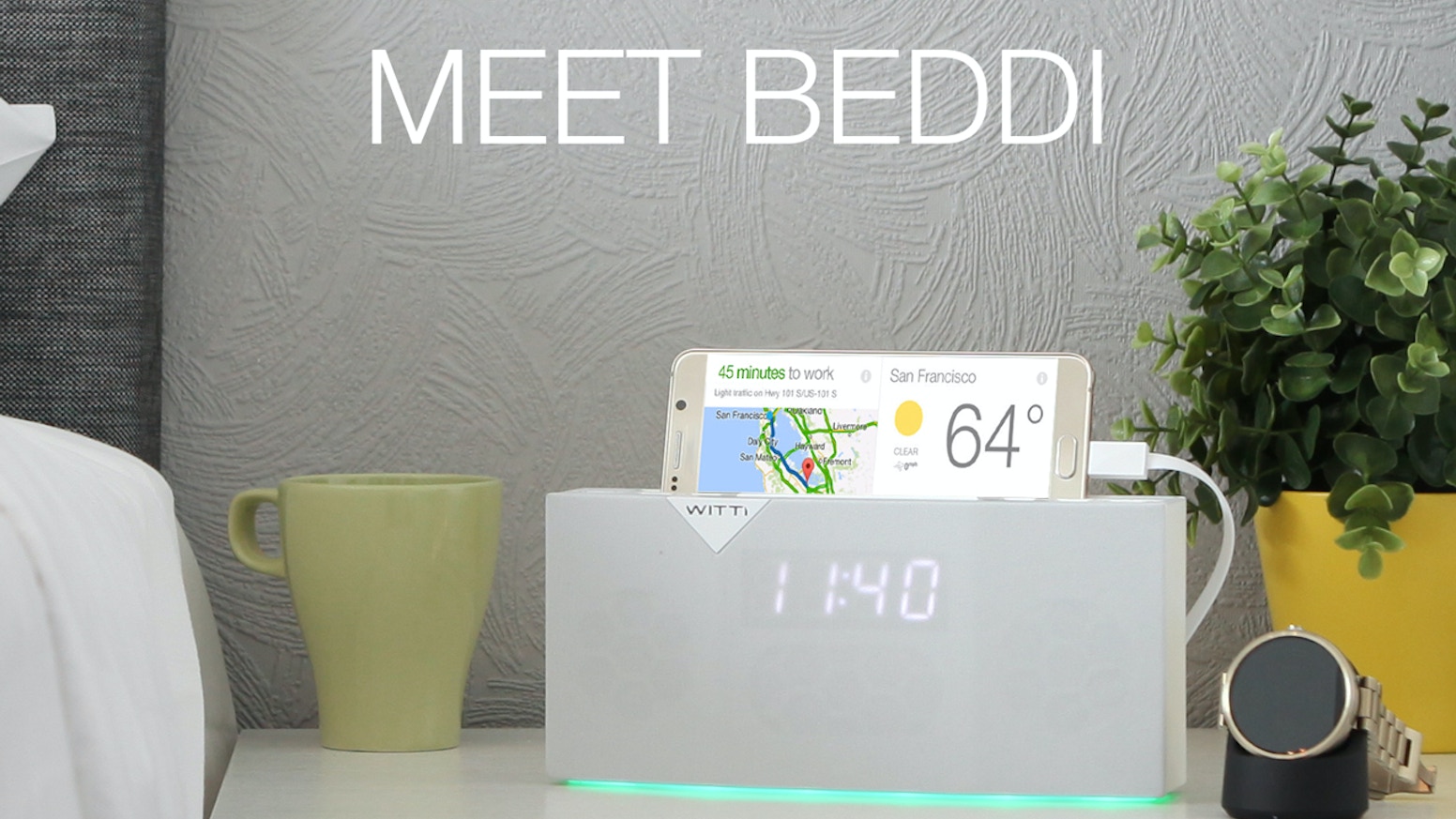 BEDDI Intelligent Alarm Clock. The Smartest Way To Wake Up

There was Ivee a while ago but the reviews weren’t good.

Please let us know if you find something else.

Not quite what I was after, just an alarm clock app which can create a sunrise effect from X Hue lights. Seem they exist for iOS but not Android

I make a IFTTT rule that sees the word “wake up” in my google calendar to turn on a switch…you could do this to turn on a virtual switch and make an app or maybe there is one already to slowly dim on…only problem with this IFTTT rule is that it operates within 15 minutes of the calendar even aka if calendar is to go off at 5am it will start anywhere between 4:45 - 5:00am . . . . maybe there is a better IFTTT recipe you could use.

Not ideal unfortunately. The 15 minute delay, along with no local alarm on the phone means it’s not a viable solution

What app did you find for iOS? Looking to do the same thing as you.