Most sliding doors have strange locks on them like a lever or small twist knob. I suppose with an arduino and a solenoid you could mechanize it. I can imagine the install being ugly!

You might also be able to mount one of these to the top, locking a pin into the door

Shop & learn about the perfect smart home products for your home in 2020. 30-Day No Hassle Returns & 20% Off Your First Order.

May be a solution.

Thanks for the info on the drop bolt. I’ll look into that. I would prefer to not have a electro magnet in the house.

yea unfortunately with the mag if you dont have the fail-secure feature it will just unlock when you lose power.
not to mention it takes a constant currant to keep it locked $$

Here is what I am doing for my house. I prefer to have a NO fail-safe (locked with power loss). I am installing this in my sliding glass door on the back of my house. 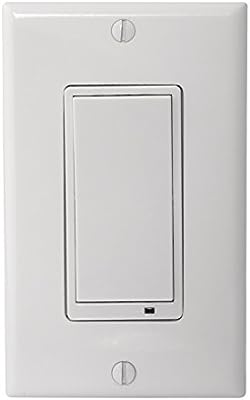 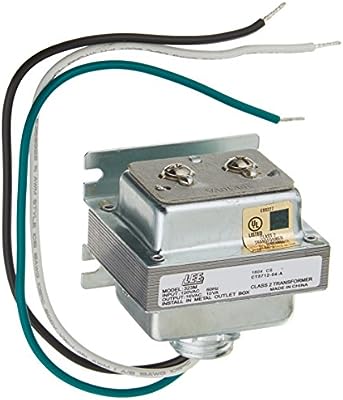 Whole shebang for $78. Less expensive than my front and garage door locks!

Nice idea. Unfortunately my door strike is in the sliding part of the door.

Mine is also actually, I’ll be swapping the latch and strike to move the strike into my wall rather than the door. This will also make it much easier to wire up to the switch and power supply.

You could also go the drop bolt route. This would include:

I think what I may do is set up the lock so if someone approaches the outside of the door it enables the lock only if my alarm is armed. This will prevent a constant power draw all night long. I don’t like needing power to unlock it, because if there is an emergency, and no power, then the door would remain locked.

I would be interested to see how much power it draws. I would be surprised if it was very much at all…

I’ve been looking at the market and there isn’t a patio lock yet that utilizes zwave/zigbee, besides one or two I found on alibaba, so I decided to do one myself. I’m taking a slightly different approach as what has been discussed above.

What I plan on doing is tapping into the patio door lock (aka the mortise lock) so all I have to do is rotate the servo motor and walla.

I’ve posted my concept design on youtube. Feel free to watch it if you need any ideas!

Nice Video. I’ve looked into something like this, but I wasn’t sure if the motor would be able to turn the lock. The other way I was looking into was to put a motor on the floor lock we have for the patio door. Our sliding patio door actually has a door lock on the handle and one on the floor. The floor one slides left and right to lock a pin into the door. As I thought about it I became more concerned about how changing these devices would effect it’s security. My locks are pretty heavy duty, so I would hate to make them less secure just to have an added convenience.

Have you looked into how moving your locks would impact their security?

Thanks! My video skills are steadily improving and I’ll eventually become a superstar.

I most definitely see your security concern and i’ve written the basic code to do nothing when power goes out ie batteries run out of juice, or when power comes on, in either setting (on or off) which is the same principle/concept as the kwikset or schlage locks. So just like when the big brand home automation locks out on the market, when they run out of power or lose connection to the system, they just turn into regular locks. As for the actual physical security attributes, thats one of the reasons I went this route, is so this would just be piggy backing on an already well designed lock concept. I’m not sure if that totally answers your question though.

As for the effort needed by the motor to rotate the latch, the torque required to engage/disengage a latch isn’t that much (or shouldn’t be), so I’m not too concerned on that front either. That being said i actually have a bigger motor that I will be using. You’d be surprised on how strong these servo motors are!

A great example is this little dude.

As for the actual physical security attributes, thats one of the reasons I went this route, is so this would just be piggy backing on an already well designed lock concept. I’m not sure if that totally answers your question though.

So will you be drilling into the door latch to attach the motor? Im more concerned about the integrity of the lock once it’s been modded.

Oh gotcha. I will be drilling into the outer housing and not the lock itself so I can attach the motor to the sliding door latch level.

I posted this in “Suggest a device” yesterday:

I think automating the latch will be difficult. Instead of automating the latch I wonder if I could make something that would extend a bolt into the track? My sliding glass door is a secondary entrance. I don’t need the same convience of our garage or front door. I would mosty like to have a way to lock it at night when we go to sleep.

I’m glad a real company is attacking this first world problem. Cris, thanks for the info.

I have been unable to find anything suitable for a patio door lock. Padiolok looks promising but I am not sure what they will be initially be offering, it sounds like it will probably not be zwave compatible at the outset. I do not like the magnetic locks because of the power consumption. What I am going to do for the short term is to hook up a servo motor to a rod (much like that stick you put in the back of the sliding window). I am then going to use a zwave relay to rotate the rod up or down as needed to lock the window. (I want to let the dog in/out while at work, checking a camera for safety)

I would also be interested in a sliding patio door lock.
I see that this thread is old maybe someone has come out with a product since. If not there are some great ideas already here. That could theoretically work and might be a fun project.