So basically, this v3 version is prettier/more compact and a bit cheaper with some wifi functionality, whereas the v2 hub is technically more powerful but limited to wired connection. Is that the difference I’m seeing?

So basically, this v3 version is prettier/more compact and a bit cheaper with some wifi functionality, whereas the v2 hub is technically more powerful but limited to wired connection. Is that the difference I’m seeing?

Since this is a home automation device certified by two different third-party bodies (the zwave alliance and the zigbee alliance), you can’t just look at the hardware specs: you also have to look at how those third-party protocols are implemented in the two different hubs. And there are some significant improvements with the new model.

For Zigbee 3.0 and Z-Wave S2, I believe both the V2 and V3 support the required hardware to support the required upgrades. Although these updates may not launch for all hub targets at the same time, it is certainly our desire to support new version of these core protocols on all platforms that Work as a SmartThings Hub. To the extent that the V2/V3 are both platforms fully managed by the core SmartThings team I would expect to eventually see these platforms come close to converging on the software they run over time. With that being said, with the chance to manufacture a new version of the hub we had the chance to improve security of the core software platform in several ways that would be impossible (or inadvisable) to do for units in field. Most of these are not noticeable to a user…

I’m not saying that would be enough to cause someone to move from the V2 to the V3 if they were happy with how the V2 was operating, but many people looking at the two models side-by-side would probably choose the V3. I expect we will see this reflected in analyst reviews of the new model.

Sounds like they have every intention for the v2 and v3 to use the same software and basically perform the same, minus the security improvements for the v3. I’m comfortable with the level of security that the v2 offers, and I already have a mesh wifi system that I like (Google Wifi), so I think I’ll skip this version. At least for the time being.

I was using a pair of cheap ($20) TP link Power of Ethernet to connect to the hub in the middle of the house.

I bought my house without ethernet wires, and also tried powerline solution. I eventually pulled the cat6 wires from outside the building from second floor to first floor. Maybe you can try something like this. Even for brick building, you might be able to through any existing windows. Then get something like Asus Aimesh or Google Wifi. I also bought a couple of GE Zigbee Dimmers and GE Zwave Dimmers to replace existing switches.They will act as zigbee or zwave repeaters. Or ultimately you can buy another gen 2 Hub place in 1st floor and put the current one on 3rd floor. I remember smartthings have mesh function too. There are many options.

I use the IOGear device below (and a 1ft Ethernet cable) when I need to get my hub closer to a device. I haven’t tried it long term to move the hub, so no idea how that would work. The upside of this particular model being that it is USB powered, and it can be powered by the USB port on the hub. With batteries inserted, the whole thing is portable. 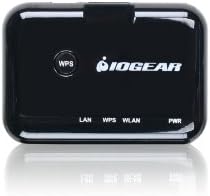 The new IOGEAR GWU627 Universal Wireless N Adapter allows you to connect your device such as a Blu-ray player, HDTV, or game to any Wireless-N network in your home or office. The Wireless-N (IEEE 802. ...

One could also use a laptop plugged into the hub then bridge the wifi and ethernet network adapters.

Same here. No backup or migration kills me. I no longer live in a single family home, I’m now in a apartment, so I the only thing I still use SmartThings for is controlling some connected lights and some smart outlets. If my hub ever dies I’m just going to use HomeKit since my devices are already compatible.

There’s an even cheaper way. Pick up some used Apple AirPort Express routers on eBay. They can be had for $15-$20 and they work wonderfully. When you’re setting it up you just tell it to join an existing network when it asks what configuration you want to use, choose the network, enter the password and you’re set. Then plug your device into the Ethernet port. You can even plug a switch into if you want. Takes literally 60 seconds to set up and be online.

Another upside is they can join a 5GHz network, unlike the one you linked to which is 2.4GHz only.

I would like to do something like that but I have no clue how to. I have watched a couple videos on YouTube but that just made it worse.

Are you using different VLANs for Wifi only or for both your wired and wifi devices?

If you have different VLANs will that make your devices that require to be on the same network together not function with each other any longer? For example I use the AllCast app to stream video to my Roku with my phone and tablet.

Did I miss the part where Samsung responded to the many customers asking about a migration tool?

Different VLANs for both wired AND wireless. It requires a switch that supports it so you will need a managed switch…and then you have to have routing from that other network. Some switches do it, which are called a Layer-3 switch. Some do not and you need to do it at the router.

Look up Trunking and VLAN Tagging, too.

Did I miss the part where Samsung responded to the many customers asking about a migration tool?

I’m assuming those new Leak Detectors will be compatible with V2.

They do look like an improvement - looks like they added sensors on the top in addition to the bottom sensors.

I’m assuming those new Leak Detectors will be compatible with V2.

They do look like an improvement - looks like they added sensors on the top in addition to the bottom sensors.

I wouldn’t make any assumptions unless you have it confirmed by staff. Those are certified for zigbee 3.0 which is not currently supported by V2.

Yes, these sensors are backwards compatible with other SmartThings Hubs but at this time will use ZHA 1.2, rather than zigbee 3.0 with non v3 / 2018 Hubs.

The only SmartThings devices which are exclusive to one piece of hardware are the ADT security sensors which can only be used with an ADT Security Panel as they use a proprietary wireless protocol.

Can you tell us more about the Leak Sensor features that would be an upgrade from the old model?

I have seen some postings lately that the new V3 devices (like the button) requires the new app to connect them to the V2 hub. If this is true, this is a show stopper.