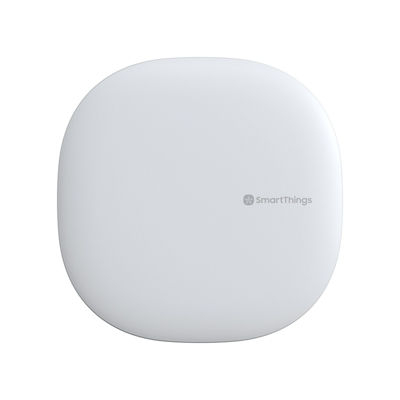 Discover the latest features and innovations available in the Samsung SmartThings Hub (2018). Find the perfect SmartThings for you!

the big thing to me is the ability to connect over wifi now. makes it much easier to locate the hub central to the house.

will it be worth the upgrade over the v2 hub ? thanks

If you have V2, very little reason to buy this. This is purely a play to make it cheaper to become a new smartthings customer

make it easier to setup:

will it be worth the upgrade over the v2 hub ? thanks

My understanding is that the biggest feature is Bluetooth and Wifi…

I’m fairly confident in the start from scratch option

the big thing to me is the ability to connect over wifi now. makes it much easier to locate the hub central to the house.

Also easier to pair some devices in place since you can more easily bring the hub to the device location.

There’s usually an outlet closer than the router, though.

Bastards! My original hub shot craps so I replaced it about a month ago…and still adding devices, thanks to no backup/restore feature…YET!!! I could have just upgraded to this for less $$$.

The WiFi intrigues me. If I could set up WiFi as a redundant connection (never good idea to use both), that would be ideal in case switch/switchport/cable/run/ethernet jack ever goes bad. I am a firm believer in wired connections over WiFi. Wired will always be my primary connection method, even though I have WiFi coverage throughout my house, garage and backyard (a bit of Sheldon about that).

Hell, I’d buy it if it just had the backup/restore function.

Agree Bluetooth is practically not a discussion since it never worked…nor the USB port. It might be nice for some of the Apple Connect devices out there…not sure if those used Bluetooth.

Do we know the CPU is lower speed and RAM is smaller? Typically, when new hardware comes out, those are increased.

Could care less about the battery backup. Because of the issue of battery leaks I have seen on here and the fact that my hub is plugged into the same UPS I use for one of my desktop PCs, I do not use it.

I would pay twice the price of a V2 if they added cellular back up.

Do you think SmartThings is giving up on camera support? Or I guess maybe the surging prevalence of cloud-cameras (Nest, Wyze Cam, Amazon Cloud Cam, Ring, …) is essentially making local cameras for consumer user deprecated anyway…

I have a Cisco RV340 small business router at home. It supports USB cellular modems as a backup connection…except Verizon’s latest…waiting on a firmware to fix that for me. In fact, this router supports two wired Internet connections, two USB modem connections and has a 900MB/s throughput. That would be a solution for you.

Backup/restore/migration tool…
No word.
Major drawback if not, v1 holdouts still won’t migrate. Likely no v2 upgrades. And no backup still means if your hub goes, so does all your configuration.

This seems a step backward. Minus adding Wifi.

Look at the photos. There is an Ethernet jack right next to the USB A port.

Do we know the CPU is lower speed and RAM is smaller?

This Hub is definitely not meant as an “upgrade” for V2 owners. Heck, it is incredible that V1 deprecation hasn’t been announced.

Even with lower spec hardware, the margins on this are pretty slim, considering the cost of marketing and the retail chain.

As always, the goal here is definitely penetration and long-term recurring revenue and partnership opportunities. They will be charging vendors for cloud usage, etc., etc…