At CES 2016, Samsung will showcase the future of TV and demonstrate how Samsung’s Smart TVs are at the center of the expanding IoT ecosystem.

How would that work for existing ST users? Can the TVs be integrated to the existing hubs? This is really interesting.

To me, this direction makes a lot more sense for Samsung then the standalone hub.

Some of the pros:
It’s a differentiating feature for one of their more expensive devices.

The purchase price is high enough to justify some of the support costs.

Many people buying televisions in this price range are willing to pay a little extra for set up assistance.

The “movie night” scene is always one of the examples for IOT regardless of brand.

Control4 has already demonstrated the viability of a television app for minor IOT adjustments.

The integration between security camera and television makes perfect sense.

They need to improve the reliability, the on boarding process, and the management interface, but they needed to do all that anyway.

Not sure what this does to the custom code concept, but it’s certainly interesting.

I think this was inevitable but what is interesting is the reference to the SmartThings Extend USB adapter, I wonder what that actually has in it. I guess it is possible there is Zigbee inside the TV and it is limited to Samsung Devices such as the SmartThings sensor and connecting to the cameras over the network and you need the USB adapter to get the full hub style experience with Z-Wave. We will have to wait and see.

The only concern I have is this could limit the changes they can make to the platform because you potentially have 3 or 4 Hub styles now, Hub V1, Hub V2, Samsung TV and SmartThings USB, each with different capabilities. That can only add to the QA requirements and the quality of releases has been questionable at times.

I wonder whether this comes as part of the uhd evolution kit for anyone who has current Samsung TVs, Samsung have sold the idea of upgrade the electronics not the whole TV so I hope this is included.

Interesting to see how this progresses the platform though.

Sounds like this is the first use of the USB ports:

“For the full support of connectivity with SmartThings compatible devices, SmartThings Extend USB adaptor is required.”

For those with the Harmony integrations, I can’t imagine the tv integration being as powerful as Harmony has a lot of customizations and flexibility where as the smarttv OS are typically more limited.

However, I am all about condensing hardware and if a tv can replace a hub in my house, I am all for it. I do agree with others that it’s a bit concerning Samsung is adding more complexity to the environment to an already unstable environment.

I do agree with @JDRoberts that this is a smart move for Samsung as consumers will count this as a key feature that other tvs don’t have. I was planning on replacing my 9 year old Panasonic Plasma soon and I might opt to wait and see how this plays out.

This is just another splash in the water IoT sales pitch gimmick to differentiate the product on the paper with no success in real life. When Samsung will be able to fix their refrigerators to reliably connect to one single external API and when ST will be able to reliably maintain existing integrations, I may take them serious. But until then, this is anything but a big fat dream, although an interesting proposition.

I don’t understand if this TV must be used in pair with a smartthing hub or if the TV became an hub itself. An hub usually is always on… should we keep the TV always on in order to controll smart devices ?

Sounds like both. I assume you always keep your TV plugged in, so most likely it’s always “on” anyway. You won’t need to keep the screen on to keep the hub working.

I think the key descriptor is “Extend” in the name "SmartThings Extend USB adaptor. To me, that indicates the ST Hub may still be required for full integration with all devices. EDIT: well, after re-reading this, I think they mean it extends the capability of the TV, so maybe the Hub would not be needed at all???

I just hope that the physical form factor of STEU (pronounced “stew”??? LOL) will be small, and is not a Stick, but a dongle so people with TVs that just fit into the entertainment center can use it.

I’ve a samsung smart-tv F series and when it is switched off I cannot turn it on by using the mobile app from my phone. It seems that when the tv is switced off it’s in a sort of deep sleep state and cannot be wake up from a remote device. Probably they will change this behaviour in 2016 models.

Samsung SUHD tv doesn’t have the USB/HDMI ports on the rear of the panel but all the ports are located on the “One Connect Box” which usually is not visible. So I don’t think that the form factory of the extender will be a problem

We have a Samsung TV. It’s a nice TV.

But we also have a couple of Amazon Fire TV/sticks, and we can control our stuff using Alexa. And they work, even if the TV is off. Not to mention our Echos.

Still, if a person doesn’t have a hub, and is thinking of getting both a TV and some smart home devices, it might be an effective approach.

I find it unlikely that Samsung would drop the hub. That would be dropping a significant component of its smart home architecture. As Alexa works with both Echo and Fire TV, Smartthing’s intelligence (let’s call it George, for simplicity) should be usable by many devices.

The real issue for both architectures: the cloud. If you don’t have a cloud that can handle the load, no device will work well. Even back in the P2P days, the real issue was being able to handle all the communications and effectively respond to an avalanche of events.

Is this a good thing? 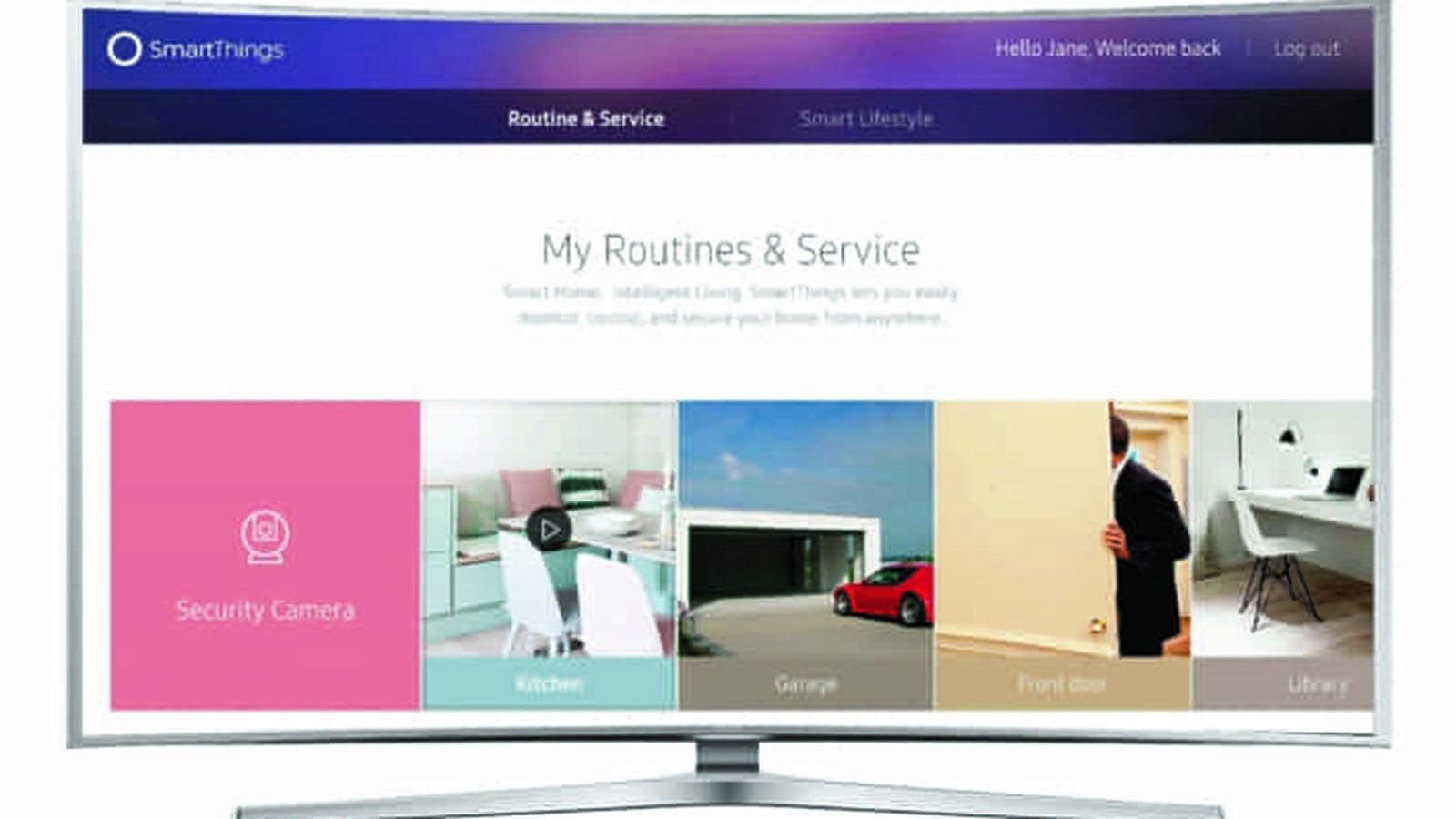 Samsung just announced that its entire lineup of smart TVs will be SmartThings-ready in 2016. Better yet, every one of its premium SUHD TVs will also feature IoT hub technology that Samsung... 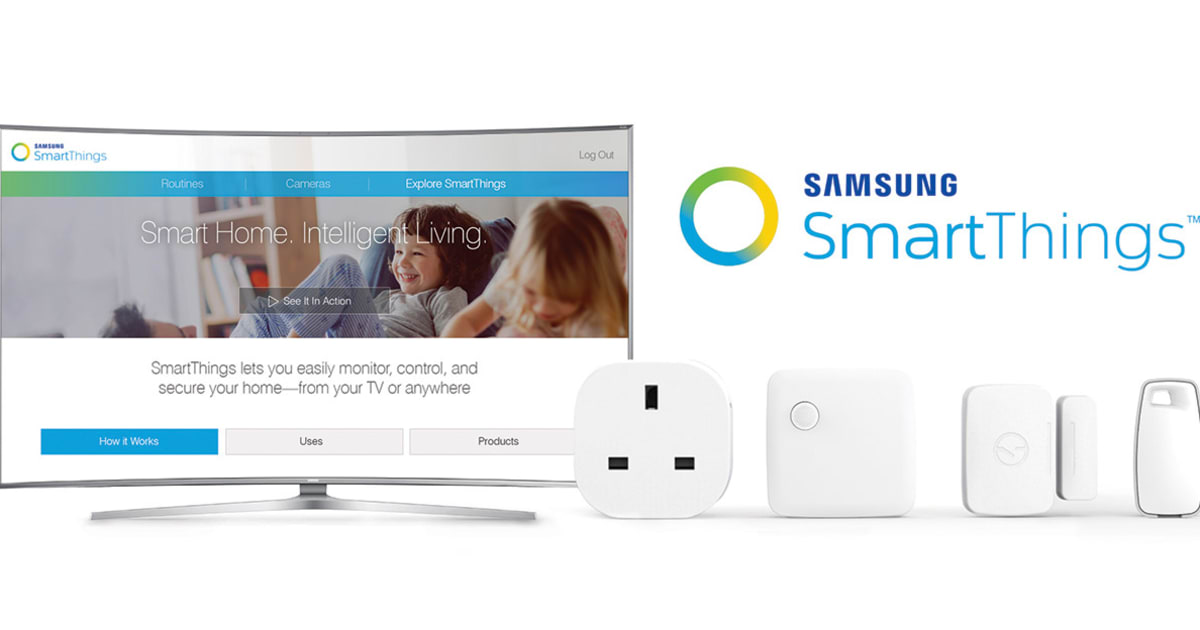 Samsung is putting SmartThings hubs in its 2016 HDTVs

All the smart TVs in Samsung's 2016 lineup can connect to its SmartThings platform, the company has revealed. Even better, it equipped all the flagship TVs, whi...

Ultimately I would say yes. When buying a HA solution such as ST it’s important to know that we are investing in a new technology that will break at times, not work as we want, but ultimately being an early adopter means we’re on the “ground floor” for the future.

Consumers buying TV’s (and particularly SmartTV’s) are a different crowd - we just expect our TV’s to work as they should 100% of the time. There will be problems with IoT in their TV range but hopefully expanded consumer pressure will mean they get fixed quicker and this will then lead back to the current ST platform.

I just hope the new range of TV’s are able to connect to our existing ST hubs as it would be pretty ace having a large screen as a front end solution.

Samsung including SmartThings in TVs in 2016

we just expect our TV’s to work

LOL… my first Samsung TV ($3000) was dead out of the box. The second one flickered, and they were unable/refused to fix it. I got a third after writing their CEO that I would file a small claim for breach of warranty if they did not replace the set or refund my money. That one literally exploded a couple of years later.

Unless Samsung produces an OLED TV, I’m not interested. I’m holding onto my Panasonic plasma until 4K OLED prices come down a little more.

I like the triggering routines and and watching connected cameras. That all being said I have no interest in a tv with an integrated brain. My Samsung TV is so old but it still does its job. If be interested if there were a guaranteed road map of 5 years of updates. I also don’t like so many offshoots of smart TV’s. I like the new Apple TV. I also like android tv, but then developers like Plex needs to make applications for both of those plus roku plus all the Samsung, LG, etc offshoots too as they’re all different OS’s.

All said and done, Samsung should integrate android tv and stop being so fragmented. My mother in laws new Samsung tv has so few apps. Strength in numbers.

I bought Samsung “smart” BluRay player 5 years ago. Surprisingly, it still works, however, software updates stopped coming about 3 years ago, so most apps (youtube for example) no longer work. So much for the long-term product support. I also experience frequent server outages that sometime last a couple of days, when none of the player apps can be used.