Samsung R1 box says "works with smartthings" but it dont

What a big scam. I understand its not in the compatibility list and the list is confusing because it uses model names like WAM1500 instead of R1 but regardless the box says its compatable and its not!!! For a 179.00 dollar speaker you wouldn’t think this would happen. Now I have to return and buy a R3 R5 or R7 thanks Samsung you let me down.

I got mine last Friday and I installed the iPhone app from Samsung as the directions say then paired it with SmartThings and it works great. I play music and use BigTalker to give me status and alerts. I am getting another three.

Are you getting any delays with BigTalker notifications? and does it resume the music after an alert?

Are you getting any delays with BigTalker notifications? and does it resume the music after an alert?

Yes about 5 to ten seconds.

I just connected my new (used $50 ebay!) R1. I had to run discovery for about 5 min but it was found eventually… be patient!

Mine still working after 5 months…

I want to buy this device I need to confirm the correct P/N is WAM1500? 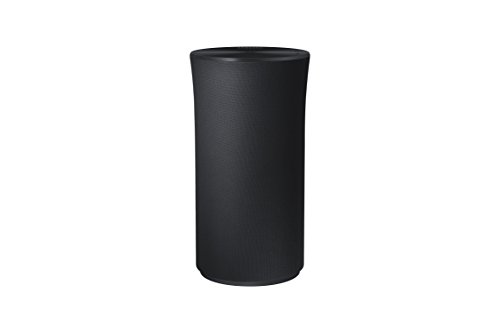 Yes, they work. I have two.

It works. I’ve setup multiple units. There is a process and there are specific tips that can help you along. I posted it before and @JDRoberts made a FAQ for it, I think. I’ll try and dig it up…

Integrating the Samsung R series speakers withSmartThings requires some network specifications which are not provided in the official instructions. See the tips provided by @jnick in the following post:

Does this still work for the folks that had it working? Mine did work but no longer does after I had to remove and re-add the device. I spoke to support and they tried some things but eventually said I am out of luck because there is no official support.

Yup, still no problem. I have about 8 that have been running for about a a year now.

I just got my R1 speakers and they are not pairing at all… how did you make it work? I am desperate at this stage…

I did that. But once I tried “adding a thing” it won’t find it. I have a UK hub and the speakers are not listed in the compatibility list for here. I spoke with someone from Support and they said cause it is not in the list, it won’t pair, which is disappointing.

That sucks, I don’t recall the setup of this but it may work:

I tried already that with a different speaker that supports dlna and same, speaker paired with its app and connected to the same WiFi but it won’t pair. I am just thinking if it has something to do my my router supporting UPnP stack…

Has anyone gotten the r1/wam1500 to connect to St

Yes. I have 2 working without issues for a couple of years now.

They do take quite some time to search/connect.

No go with my R1. Installed the multi speaker app. Have it configured and playing music thru the app just fine. However, SmartThings cannot find the speaker… Sad. Running a Google WiFi network and upnp is enabled.