This is an advanced DTH for Xiaomi Magic Cube Controller.
It is based on code by @DroidSector and wouldn’t be possible without his work.

This DTH offers 3 modes of operation (that can be changed in the settings):

I recommend using the Advanced mode

DTH also offers emulated “Three Axis” capability for easy usage in SmartApps like Mood Cube. It is dependent on selected face and affected by limitation mentioned below.

Due to limitations imposed by data sent by the hardware there are some things to keep in mind: 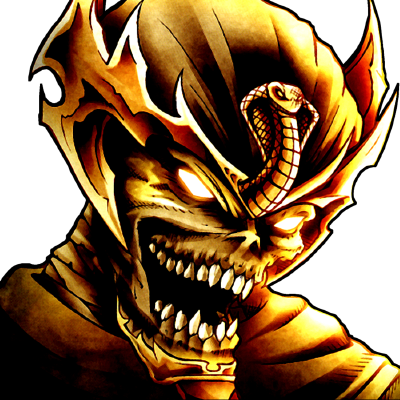 Thanks!! Just installed and so far works great.

Question on battery, I am not getting battery. I think I am getting all other events.

All the other events work but just a dash for battery.

It reports battery every hour or so. Just wait. But to be honest I’m not sure if the reading will be correct as it takes too much time to debug it (due to reporting only once every hour)

Thanks for the device type.

My xiaomi buttons show battery, but the mood cube never showed battery with the other device type also.

I’ve rewritten battery portion of this DTH completely. It reports battery for me but it reports it once an hour. Check in an hour if there is battery info.

I was looking at using core to use the cube to turn on lights by moving the cube and turning and twisting it, but didn’t get too far.

What type of device should i associate the Cube in core. I went through a few and from button I got some options but not many. Any advise would be most helpful.

Hi.
Sorry! There was an bug in reporting the number of buttons that reported only 7 in advanced mode. I fixed it just now so you can update the DTH code and try again.

refer to the first post for information which button does what.

I’m getting this error code when I try to update…

any ideas how to resolve please?

@ClassicGod, thanks for the info. I updated to the new DTH, checked to make sure my cube was in advanced and then went to core. Selected button, cube and attribute Button. I only get 7 button options.

If I understand you correctly, there should now be 36!!

Make sure you pres Done not back on the settings page.

Make sure you coppy the entire code form github using the “Raw” button on github.
I have no idea what this error is but no code line number points to it no being in my code.

@ClassicGod bingo, i moved from 36 to 7 and saved and then went back to 36 and re-saved (acting like it was cached), 36 buttons now showing up.

I’m going to swap to this DTH - as got a couple of minor annoyances with the old one.
Does anybody have a good use case scenario for the different sides yet and what have you done to mark them? Also what happens if you pick it up, flip it around lots looking for the right one then out it down. Does it detect ok?

Read the hardware limitations in the first post. In short: it doesn’t. But if after doing all that you slide or knock the cube it will correct itself. Also if you flip it after that it will know the correct face.

It’s a limitation imposed by hardware. It simply doesn’t send any data after you do what you described.

When it comes to scenarios - Right now I’m rewriting my smartapps so my Cube is not assigned to anything but I had it set so 4 of the faces were assigned to colors (R G B and W) od my Fibaro RGBW and rotating left and right was changing the lever for a given color.

Now I’ve just get to get more inventive

Would love to hear what configurations others are using the cube for. Love to pick up some ideas.

It’s a limitation imposed by hardware. It simply doesn’t send any data after you do what you described.

Thanks - I did read that and thought I understood it right, but wasn’t 100% sure.

I’ve got 2 lights I currently control as a group, with a “knock” to toggle SONOS as a bonus. I’m tempted to get rid of flips completely and have on the cube

“Both Lights”, “1st Light”, “2nd light”, “SONOS” then whichever is face up is what I control. But then I’m thinking I use this when half asleep and it might just be more annoying than useful. This is nothing against the DTH or the effort put into it; just my use case.