Just flashed a SV (low voltage) the firmware works for it for those wondering.
I however don’t have a SmartThings hub so the app will not detect it.
I can control on/off from its web page and I’ve added it to the BWS Systems HA-Bridge which gives me Alexa control.

I flashed the sonoff , sonoffTH and the sonoff s20 all works perfectly with my smart hub thanks to Eric .I was wondering if there are any plans for other devices to be hacked such as the sonoff dual and the sonoff 4 channel device as these would be ever so useful for many application .If not then I’ll have to look for other ways to flash these devices say through arduino and a bridge or anything link up possibly or am I just missing something

Thanks for the response ?

Hi, Does anyone working flashing with Sonoff Touch before?
Any photos to share?

Just wonder how to link the FTDI module to the switch because i do have any physical Sonoff Touch on hand.
Cheers 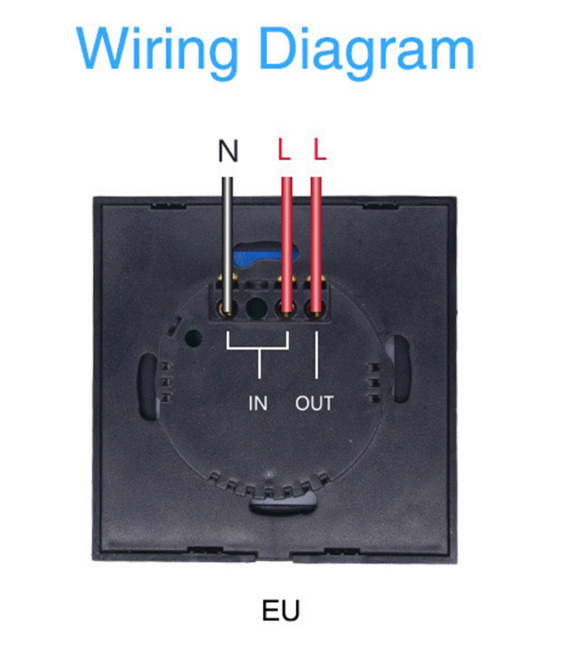 Hi, do you manage to get the sonoff pow working?

I do plan on doing the dual channel Sonoff and the Sonoff POW. I have not considered adding the 4-channel version yet.

@tangcmin The headers for the Sonoff Touch are clearly marked inside. The only exception is GPIO0 which is needed to get it into flash mode. If you ground GPIO0 as shown in the below picture and then power the board via the FTDI adapters 3.3v, you will be able to flash the touch. 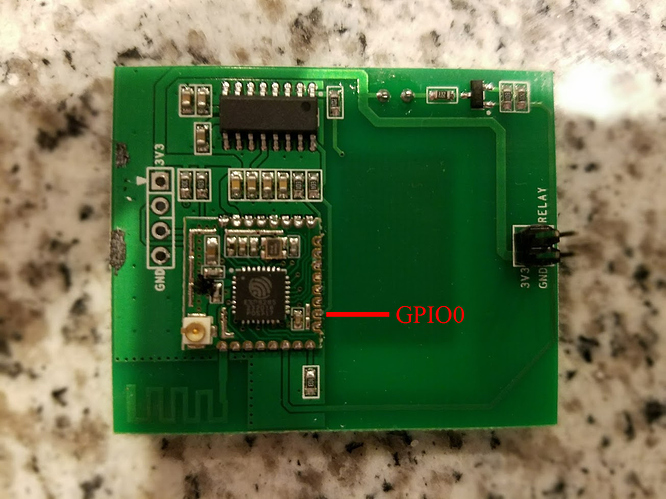 This is awesome work

I already have 3 Sonoff SV , and wonder if it`s possible to flash those and use them like the other switch ?
I dont need or want a 220v switch.

I wonder about buying the flash USB, but need to know if it`s possible

I have 4 speaker in my house I would like to control using a low power relay, and the sonoff relay is perfect.
And if it would be possible to use this into ST it would be even more awesome

I wonder if nobody soon can make a relay board with 4 or more relay output that can be integrated with ST and work on 12v, if not, I would love to hear some option how to control some 5-12v relay from ST .

I believe the Sonoff SV works with the default Sonoff firmware and handler, but I can’t confirm. Has anyone tried flashing one?

I also have a Sonof Dual switch, but I think somebody did mention it would not work in ST ?

Anyone have a sonoff touch that had this issue:
I flashed the touch. flash completed. disconnected it from ftdi.
took it to switch location. installed it. no brain surgery.
Nin-Neutral
LIn-Hot
LOut-load

Am I missing something? Or did I get a bum switch?

Hi Eric, I’m sorry to keep asking but any chance you could give some time to getting the DS18B20 sensor working with the sonoff TH?

I know you’re busy because I follow some of your other threads as well, but I’m sure the temp sensor would make the sonoff TH perfect for many applications.

I had exactly the same problem with my touch.
It took me ages to get it working.
It appears to flash ok but it doesn’t seem to stay.
If i flashed with espeasy firmware then did the upgrade via web it worked till i rebooted the switch then it died.
In the end i had to flash the firmware with NODEMCUFlasher. (https://github.com/nodemcu/nodemcu-flasher)
It’s now working fine.
My Touch is a eu version, i’m not sure if is slightly differnet from eric’s us version.

Gary, The flash was successful via NODEMCU flasher, just as the CMD prompt method.
Yet the switch is just dead. No hotspot. No manual touch. Lo leds light up. nothing.
I’m guessing I got a bum switch

The settings i used in NODEMCU were, 115200 baud, 1Mbyte Flash, 40Mhz Flash speed and SPI Mode DOUT. I thought my switch was dead unitl i flashed it with espeasy firmware then did the upgrade and the switch started working it just wouldn’t stay working.

I got my sonoffs delivered, and I’m trying to flash, it is flashing the firmware successfully (I think), but I do not see any new SSID, tried 3 of them, same thing. After flashing the button does not turn on the load, nor do I see any LED response on the sonoff. Below is the output of the flash (even flashed thrice):

EDIT: I should see SSID reboot after flashing, power the sonoff using the mains input or either using the 3.3v + GND, tried both power methods, still no go. I’m pulling my hair with this.

It should show the SSID on 3.3v or on wall power. I will test the posted binary tonight to make sure I didn’t upload something incorrectly.

@derek_scritchfield mine was correct. and if it isnt hooked up right, it doesnt continue, it keeps retrying the connection.

Thanks, I tried for 3 hrs, it seems simple for others, should not be so impossible for me to do.

I’ve nothing else connected to the PC at the time.

EDIT: Another clue, I tried the flash.cmd to flash the generic firmware in the zip to the link given by you, flashed successfully, but still no SSID.

EDIT: Downloaded R100 from below link and using the instructions there flashed the same, still no go.
https://smartlifeautomated.wordpress.com/2016/04/21/sonoff-wifi-switch-smartthings/

I guess, either I’m doing something wrong, or the new sonoff has changed something.

EDIT: Flashed the generic one from below, still no SSID.
http://www.letscontrolit.com/downloads/ESPEasy_R120.zip

Same issue here with SONOFF TH10, runs through flash with no problems but that’s it, no AP created, no LED indications. If button press both led come up and relay flips.

[Updated AGAIN] – Flashed after getting R100 to take it then took SonoffTH.ino.generic.bin just nulls for temp / humity