Absolutely agree! I was in the market for these and was looking at the various 70+ dollar solutions, this little beast landed right in my lap! Maybe I need to start mentioning this in the CoRE threads a LOT more…

I’m half tempted to order up more, and more light strips, but if I do, I’ll be installing crown molding all over the house…which isn’t a bad idea, but I’m LAZY!

I just came here to talk about the Amps i need for the led strip. But i just saw there has been multiple updates since it came out (and was already working good since then), that so nice too see

Question about the power adapter;
I am using this: led strip

And i know @michaelahess uses 2 amps adapters (for everything

)
But on the internet i read that you need 1 amp for every meter, which would mean i need a 7amps 12v adapter for the 6m i use.

Could u share the requirements you use on a ledstrip adapter @erocm1231?

I should clarify, I use 2amp adapters that aren’t the worlds cheapest. So they tend to be underrated. Also, the 1amp/meter suggestion is based off all four channels being driven at once. Even with my 2 amp adapters, they will get pretty warm if I do that. Fortunately I don’t. I’m usually just using the white channel or a mix of 2 of the color channels at partial power levels. I’ve been too lazy to throw my multi-meter between the adapter and strip colors to see actual draw, maybe I’ll try that today. I have a 1.5amp flat adapter on one strip right now, ran it for 12 hours yesterday with all four channels on full and it was warm but not as hot as the 2amp wall warts I use for others. It’s all about build quality with AC-DC adapters.

I do have a 30amp “real” power supply running my led’s on my back deck, that’s so much overkill it’s crazy, but it never even really gets warm either.

Something else you could easily do, grab some old PC power supplies and use the 12v rail on those. I’ve got a spare Corsair CX430 that’s rated at 32amp’s out of it’s 12v, and I can assure you those are FAR better power supplies than any wall wart style sold with LED’s on Amazon or AliExpress.

I am going to be adding under cabinet lights in my kitchen, I was contemplating using the Fibaro controller, but this solution seems to do everything i need. Would it be feasible to add manual dimming capability into the custom firmware via holding the momentary switch?

Edit: I found the $8 FTDI adapter from your sonoff post.

Thanks for futher explanation @michaelahess.
I understand a good power adapter is needed, that’s why i came here to ask more about that. I’m gonna use the leds on multiple places in home and outside, so i wanna be safe

Especially since i use all the 4 channels. I have these (notice the samsung

But i don’t really know how to make that work, since i need a Live wire and a Neutral.

You don’t use live and neutral for the H801, it ONLY accepts DC. So using your Samsung adapter, you cut off the end, whatever barrel connector it may have, and strip back the wire a bit and put that into the VCC and GND on the H801. There is polarization protection (or something similar) on the H801 so you won’t damage it if you hook it up wrong (ask me how I know…) but it’s best to use a multimeter and verify the voltage coming out of the power adapter. Since that’s 14v…you might overdrive the LED’s, usually a few volts here and there won’t make a big difference but I can’t say for sure you won’t blow something, the controller is rated from 5v to 24v so that’s ok, but as far as I know it just passes the voltage through to the LED’s. Of course, if you have a long strand, that extra few volts will help make sure the end of the strand gets the power it needs, but you may fry the first few LED’s, probably not, but I wouldn’t say for 100% sure either.

Edit: Anything outside should be in a UL rated enclosure. Protected from moisture and whatnot.

A few people have asked for a way to use each channel of the controller as a separate dimmer device. You currently can do it within the device handler itself, and through CoRE.

To make it easier, I have created a new SmartApp. This SmartApp makes the process a piece of cake. It creates 5 virtual dimmers (R,G,B,W1,W2), and keeps them in sync with the selected SmartLife RGBW controller. These dimmers can be used throughout the SmartThings ecosystem as regular dimmers. Now it is extremely easy to use one of these controllers and have up to 5 separate LED strips on them.

Instructions can be found here:

Im new to this, what would I need to purchase to give this power? I know I will need to get a FTDI cable for flashing but, is it the same to supply it with power also?

Power is 5v-24v depending on the LED lights you are using with it.

“Normal” RGB(W) strips will be 12v or some at 24v, then make sure you have enough amperage to power the lengths you’ll run.

All of mine run on scavenged 12v 2(ish) amp wall warts basically. DO NOT buy the uber cheap Chinese ones from ebay/amazon, if it’s under $10, heck maybe even $15, it WILL die on you, and possibly burn down your house.

Concerning amperage/voltage, remember volts is the “pressure” the electricity flows at, like a high pressure hose trying to blow up a balloon, it can “burst” something not equipped to handle it. Put 12v into something that takes 5v, and you get the wonderful magical blue smoke. A couple volt difference usually is immaterial, but try to get it spot on.

Amperage is the “amount” of electricity that flows in a given period. If you have a lot of LED’s on a strand, you need a higher amperage to get that larger amount of energy to them. If you underrate the power supply, it will still TRY to provide that power, overheat, melt down, explode, go nuclear, etc.

You can have a power supply rated at 20amp running a strand of LED’s that only take 2amps, and no harm will be done, it just won’t be using the power supply’s capabilities fully. If you sting 2 or more 5m strands, you’ll want 3-4amp, 5 to be on the safe side.

Do not plug AC power into these, they go boom, see a photo earlier in the thread of a fella that did just that.

Thanks, have any recommendations on where to get a cable/pins to solder on for the jumpers? 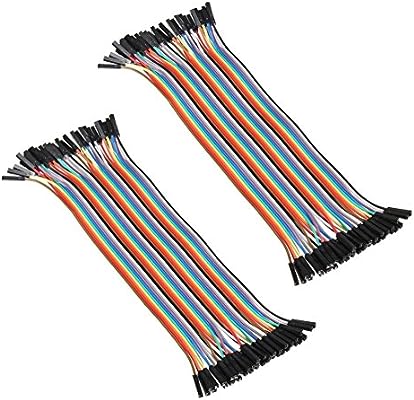 I just use old CD-ROM internal audio cables, have a stash you wouldn’t believe. But you can get any kind of wire for these, my FTDI adapter already had the female end to plug onto these

Guys, I made a small change to the device handler today. If you are using a custom way to change separate channels in CoRE, your pistons may need to be updated. For example, I changed the command setRLevel to setRedLevel. This was so the Sync SmartApp worked with multiple controllers (Fibaro). Sorry if it causes a lot of problems, but wanted to give you a heads up before you updated. If you aren’t doing that with CoRE, this won’t affect you.

@erocm123 How can I connect a Fibaro RGBW controller?

If you are talking about using my sync app, go to the very top post and look at the recent update.

Where are you guys getting these controllers from?

Dangit! I missed that last line under the code!

Don’t worry, happens to everyone, see something you like, get excited, forget to read the fine print, next thing ya know you’re sitting in a divorce lawyers office…Oh wait, no that’s wrong…