I honestly don’t remember if I switched to using the official Dome Siren Edge that is described here (I tried to install as described in post 1, but the Enroll button doesn’t do anything other than go grey and then back to blue, so maybe that means I already have it installed?).

if you see the enroll button then the device isn’t using the driver so you’ll need to enroll your hub, install the driver, wait a few minutes, and then re-join your device to SmartThings

After the device is joined with the driver you can change the default settings from the device’ details screen and use Routines to play them. If you want the volume and repeat to use the values set on the device details screen then don’t set them again from your Routines because that can cause performance/reliability issues…

I went back to the install page from your post 1 and saw “Unenroll” and “Available Drivers”, so it appears I did successfully enroll. Thank you for that.

I then clicked “Available Drivers” and installed “Dome Drivers”.

I’m now trying to remove the siren (so I can re-add it, which I think is what you were suggesting), but when I go into Edit and tap Remove Device it shows "Follow the manufacturer’s instructions again or force delete the device - I chose force delete and it eventually said “This device can’t be deleted because it is operating normally”. Should I just wait until SmartThings automagically replaces the DTH with the Edge driver for me (which I think they have said they will do)?

I chose force delete and it eventually said “This device can’t be deleted because it is operating normally”.

Ignore my last post, I didn’t read your entire message before posting…

Try removing the device again, but this time when you get to the follow instructions screen you need to push the device’s action button 3x quickly. I think the led will start flashing quickly when it goes into exclusion mode.

Thanks, I was able to exclude and re-add the siren.

On the device page in the app, the vertical ellipsis menu has “Edit”, “Driver”, and “Information”, and the “Driver” item says (amongst other things) that the developer is a long GUID(?) ending in ad13e67ef.

Does this mean I now have the correct Edge driver?

I’m going to attempt to add some Routines now, but wanted to let you know my progress so far.

I appreciate the help.

Does this mean I now have the correct Edge driver?

I do indeed, thanks very much for the help.

Should this driver work with this Zipato siren? 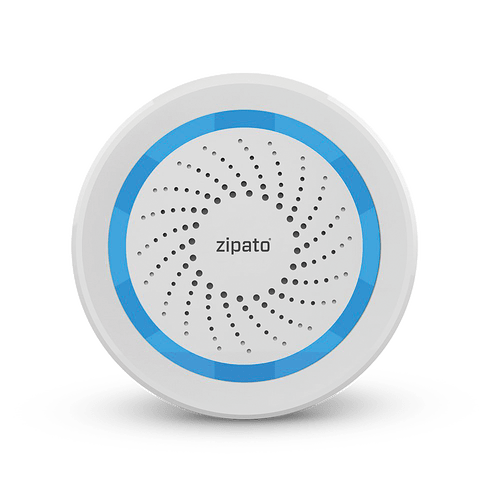 The indoor siren is an intelligent device that can be controlled remotely by the Z-wave network. Siren is battery powered, small and easily installed.

I’ve enrolled to the channel and installed the driver but it doesn’t show the “driver” menu option.