Figured with the anniversary of the Amazon Dash button, it would be a fun project to get a bunch hooked up to SmartThings. This SmartApp allows you to connect Dash buttons to devices in SmartThings and turn these devices/routines on/off at the press of a button.

Provides integration of the Amazon Dash Button with the the following features:

And the following requirements / dependencies:

Update 12/12/2017
How to Block Orders
If you’ve got a Surprise Sweets button that you want to use without placing an order or are getting the “choose a product for your… Dash Button” message every time you press your button, and you want to stop this… then this is for you. In a nutshell, you’ve got to block the request made to Amazon when the button is pressed, and listed below are a couple options:

Since the Dash Button communicates with SmartThings via SmartThings Node Proxy (STNP), make sure that you have the proxy and the Dash plugin installed and working before adding the SmartApp to SmartThings.

FAQ
Going to cover a couple questions here to hopefully aid others in their quest to get this setup.

Cannot wait to try this!!

I’ve installed and love it! Works amazing. Only question: how do you deal with all these amazon app alerts? Is there a way to deactivate a button without it losing its wifi setup?

Fix: Amazon app settings allows you to modify dash notifications
Caveat: Turns off notifications for real use dash buttons (when a purchase is made)

Awesome… I’ve turned off all Amazon app notifications so didn’t even realize that was an issue. Thanks!

Very cool. Are you using the IoT developer kit button? I may try to use one of these as a garage door opener that runs a routine (door, lock, lights, etc.) I’m hopeful that the Dash finds Wifi faster than all the zigbee/z-wave buttons find ST on arrival.

Thanks for the good work.

Nope… I just got all the buttons I could at $0.99. But the IoT dev kit button will work too. It does take a second or two after pressing the button to trigger the activity in ST, but the delay is not unreasonable.

A couple seconds is great if the button finds Wifi fast when I arrive home.

I got this working (although getting all the prerequisites set up on an original Raspberry Pi B was quite a headache!) One question, though: what’s the best way to set up STNP to run as a service instead of as a foreground application?

I forgot to mention: I also had a small problem with the SmartApp. When passing params to buttonSettings, the num value was getting recast as a float for some reason, which meant the config variable names were getting lost in translation. I don’t know why this was happening, but putting the following line at the beginning of the buttonSettings method patched it up:

Couple different options… I just use forever to run it as a background process but that works for me cause the machine never goes down. If you want to make sure it comes back if the RPi reboots, check the following out:

How to setup Node.js on a Raspberry Pi and run a node script on boot 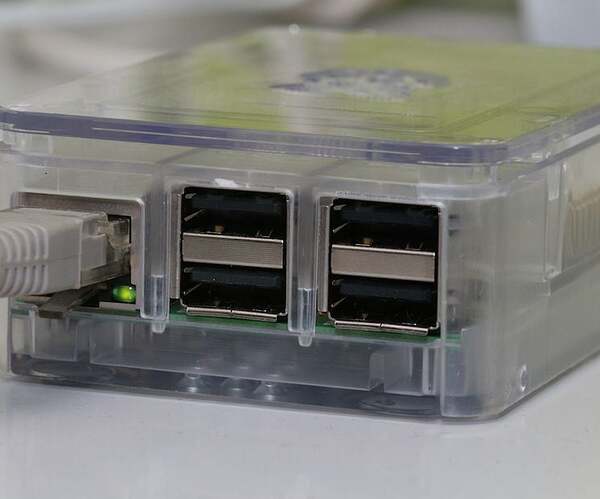 Node.js App As a RPI Service (boot at Startup)

Node.js App As a RPI Service (boot at Startup): I wanted to make a Node.js app/script I wrote, persistent among reboots, on my Raspberry Pi 2. Although Forever gives us the possibility of running a script continuously (on background), that doesn't...

I don’t know why this was happening, but putting the following line at the beginning of the buttonSettings method patched it up:

Thanks… added this to the SmartApp.

Thank you so very much for the time you took to produce a video and details. I have a question please.
I installed and ran everything on a Mac Mini that I am using as a “server”. It seems that when I run “sudo node server.js”, it keeps on checking and trigger the event to smartthings.

Here is an example that keeps repeating itself if I have the notify settings in the JSON file:

and example if I don’t:

I am obviously missing something

Thanks in advance for any insights!

Second… are you sure the MAC address is correct?? Cause it looks like it’s triggering too often to be the Dash Button… also a MAC vendor lookup for the address does not find the vendor. If I type in the MAC address for my Dash Buttons @ https://macvendors.com, it returns “Amazon Technologies Inc.” Double check the MAC address and make sure you got the right one.

@redloro
Yes, you were right. The first anomaly is that the server.js didn’t get the correct mac addresses. I was able to get them by going the “low tech” way and check the logs from my router.

I checked the addresses from macvendors and they all belong to Amz.

It does seem to resolve the constant polling… for a while. Adding correct mac address seems to work for a little while in the terminal. But after I configure the smart app, nothing happens now

I click the dash and no action and after a few minutes the server.js tries to discover dash buttons again.

We’re making progress though, thanks to you!

Thank you. I followed the steps, but no luck. I know that the dash mac address is correct from looking at router logs, but when running stnp, with the correct mac address in the config.json file and pressing the dash, all it does is stop on:

The weird part is that when I try it in “discovery” mode, it keeps returning those 2 other mac addresses which I cannot see associated with anything on my network

Hmmmm not sure what could be causing this… the setup I have at home is also on a Mac-Mini so this should work. And the Dash button has been configured with the Amazon app… all the way to pick your product?? If so, let’s try the following:

If you see the MAC address show up in the STNP console log, then you’re good. If you do not, we need to figure out why… and I would guess it has to do with your network. Is your Mac-Mini on the same network, subnet, VLAN, etc as the wireless network that the Dash Button is connecting to… with no firewalls in between?

Thanks, but the results are just the same. The mac mini is on the same network as I used to activate the dash (didn’t pick the product) I can see that dash button in my router logs. The mac mini with osx firewall off or on is same result.

Don’t worry about it, no big deal if I can’t get it to work. Not the end of the world for me

@solutionssquad did you get it working?

NodeJs yes.
Having issues with the button itself not doing anything other than saying it was pressed multiple times, but havent had time to work on it.