Hi to all, I’m going to be adding a few plugs and a moisture sensor to my System over the next few days. And to be frank, I don’t want to support SmartThings financially as I feel aggrieved with them as a whole.

Are there any alternative brand plug adaptors that you’ve used which function with the smarthub in exactly the same manner as the Samsung one?

Same question for moisture sensors and a door contact sensor.

Wemo switches from Belkin - You’ve need a custom device type in the IDE I believe.

and the Fibaro Moisture sensor.

The smart switch gets smaller and smarter. Now 84% smaller and with a host of new features, Smart Switch 6 is the wireless smart plug as it always should be been. Convert any wall outlet into a Z-Wave wall outlet just by plugging it in – it’s plug...

This looks like it is brand new out as I have only (couple of weeks ago) purchased the previous generation (5th Gen)without realizing. 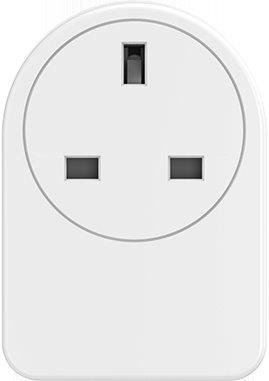 Basically the 5th Gen seems to perform better than the SmartThings native one, plus it comes with built in energy monitoring. and that is the new features of the 6th Gen one as I mentioned above

Is it natively compatible without the need for any bridgewear?

Apologies for slow response, as I have not been online for a few days.

But to answer your question… Yes. You can easily add it into the native SmartThings app as a thing directly by either simply scanning for a new device or by going to the Marketplace > Lights & Switches > Outlets > Aeon Labs Smart Energy Switch (UK) > Select Connect Now.

Thanks Scott. I’m holding off on further investment now, but will keep they in mind