I’m done with my SmartThings multipurpose sensors. The temperature here hit a whopping 80 (Fahrenheit), and 2 of my sensors are now showing as “unavailable” in SmartThings (a third is intermittent). The last reported battery strength was 89%.

I happened to have two new CR2450 batteries around (Panasonic of course), and that has not fixed the problem. In one there is so much play when the battery is inserted you have to push on the battery to make it contact. I had to bring both sensors closer to the hub to get SmartThings to see them, and they have dropped off again now they are back in their usual locations (might that have messed up the Zigbee routing?).

In the time I have been writing this, my two other sensors have also become unavailable (including one with a 2 month old battery that is located close to the hub).

Can they really not take 80 degree weather? Or is there some bug related to this in the latest firmware or the Android app?

So many contacts, motions, multis come with temp sensors. Are you needing this for temp only or is the temp a bi-product of the actual need?

I just care about temperature. If it has other attributes, that’s OK (other than it bumps up the size and cost). Reliability is important (just not to industrial standards).

Now I come to think of it, luminance might be a good additional attribute. I for sure don’t need motion, vibration, tilt.

I have three everspring st-814 z-wave temp/humidity sensors and I’ve found them to be pretty good. I’ve compared each one to a calibrated digital thermometer/hygrometer and although each was off by a degree or two, they were consistent so with a temperature offset I’ve had no problems. I think humidity isn’t as accurate but you mentioned you mostly care about temp.

Here is my tweaked version of the driver: Changes: make the temp, humidity change amounts user configure able in the device (edit device to change) default temp change is still 2 degrees as before, default humidity is same 5 percent as before. make the wake up and reporting interval timeout user configurable. It was 5 minutes which is way to fast when these are used outdoors or in freezer and would cause battery to decay quickly. Default is 180 minutes. add icons to temp and humid display add color to humidity display and battery percentage. Make primary temp display larger. add update function so when you change settings it reconfigures and also overrides incorrect values. Version 2. Just set my second one up and temp is inaccurate so add offset temp and humidity …

I’ve had bad luck with the SmartThings motion sensor - twice it has been replaced on warranty. When the battery dies, the sensor doesn’t respond anymore. I have had excellent luck with the Iris motion sensor from Lowe’s. You can also buy it from Amazon. I have several and all perform well. The price is lower than the SmartThings sensor. And it does report temperature.

Great suggestions from both of you, thanks.

The Everspring looks interesting. I especially like the display and the fact that it uses AA batteries. Oh, also the fact that it is Z-Wave is desirable, since I have lots of plug controllers that will repeat Z-wave.

Yup, most of the iris branded devices are zigbee.

Their motion sensor is nice; it’s small, very little lag in reporting motion. I haven’t paid much attention to accuracy of temperature reporting since I use the everspring devices as i mentioned above. I like having the humidity readings.

But for temperature monitoring in most non-critical use cases, the iris devices that report temp are probably fine. And if you’re using ST for anything remotely critical in importance, that’s probably just not a good idea…

It occurred to me that bringing the sensors closer to the hub might have messed with the Zigbee routing, so I did the 15-minute power down of the hub to force it to rebuild the routing tables (after putting the sensors back in their regular locations).

All 4 sensors are still “unavailable”.

I upsold myself and went with the Fibaro FGMS-001 ZW5 Motion Sensor with Z-Wave Plus Multisensor. I’ll try this at one location, as it would be useful to have one luminance sensor, then I’ll decide what to do about the other 3 sensors. Maybe they will recover and I will have a net gain of another sensor (with a net loss of $60).

Right! I have tons of Iris motion and contact sensors, and they’ve been by far the best compared to everything else I’ve tried. I even have the contact sensors in all my frigs and freezers. No problems at all. I would recommend an Iris Zigbee wall plug to build your mesh if you expect distance/interference issues.

There’s a temperature offset you can use as well (found in preferences) because I have found these to sometimes be +/-5 degrees from a sensor I know is pretty accurate. 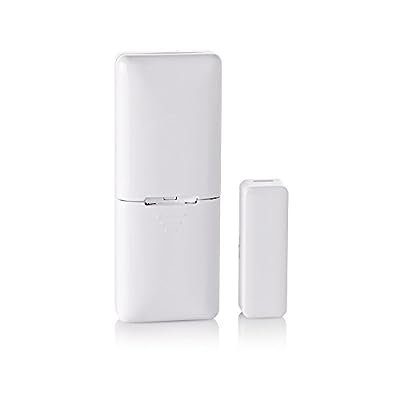 I swear by these sensors. They are dirt cheap and super reliable. I have about 20 of them all over my house as door/window sensors as well as dedicated temp sensors. Batteries are still going strong after about 6 months and have not had a single one drop off my network.

I also edited the device handler to use them as a dedicated temp sensor. You can find the DH here, http://www.zwavehq.com/inexpensive-temperature-sensor-alternative/

Can someone recommend a reliable temperature sensor that can be used with SmartThings?

I am using Netatmo Weather with 3 indroor units, plus a Healthy Home Coach…In addition to temp and humidity, it reports noise and co2.

This is now integrated with SmartThings… [image]

Thanks everyone for the recommendations.

I’m going to bookmark this for next time I need more sensors.

Meanwhile, all 4 of my existing SmartThings Multipurpose sensors have regained their senses (so to speak) and are currently working again. I have no idea why they stopped working, or why they started working again - no other devices (all are Z-Wave smart plugs) had problems while all of these (Zigbee) sensors had problems.

But thanks to earlier suggestions I now have a lux sensor, so now it’s time to revamp my lighting rules to use outdoor light levels rather than sunset/sunrise.

Mark - I bought an Everspring ST-814 z-wave temp/humidity sensors, hoping to use it as a low temp detector for my freezer. I am not a techie by any means, and have no idea about modifying drivers. How can I get it to work for low temp with an existing Smartapp? Is there a way?

Which app are you using? And have you checked whether the built-in device handler for z-wave temp/humidity sensors has a setting for inputting a temp (or humidity) offset? It’s possivle they updated the device handler at some point, I haven’t even checked in a couple years at this point.

I like the Xiaomi temp/humid sensor from Gearbest. They take a slow boat from China, but cost about $7-8! They work well. Caveat…I most.y use humidity. When I did use it for an external thermostat sensor, it was a bit slow. Might have been location, though, or configured sensitivity.

Sorry a bit late but which one are you talking about. I tried a couple but couldnt get any to work ?

Better if you get a sensor that has a native device handler (DTH) for SmartThings as custom DTHs that use groovy are going Bye Bye.

Native handlers for ZigBee, ZWave and local LAN devices are also written in groovy. Eventually ST is looking to migrate from groovy to a new language which will also support custom DTHs.

My xaiomi are working now, but there is no native handler for them. I have been trying SmartMoney, and it is inconsistent. Local, but inconsistent.