I have no idea if that has been done yet, I have done a little bit of a search with no results on this particular subject..... But tonight I got my Amazon Echo to say, "The Front Door is Open" when my front door opened! It is customizable as to what I want it to say. It's freakin Awesome!!! Here is what you need to do Follow this link and install all of the stuff it says. DO NOT USE ver 1.1.14 of Big Talker, DO USE ver 1.1.13. TTS works in the older version and not the newer one. After you do all of that stuff, do this Connect your Android device to your Amazon Echo via Bluetooth. Now your Echo will give you voice notifications. What can you do with this?? You don't have to use Echo, you can just use a bluetooth speaker or you can use the Android Device. But how totally coo…

Currently, the only solution if you want to have Alexa as you ‘speaker’ is to pair it via Bluetooth to a device (like a phone or tablet) that is ‘playable’ via SmartThings. If you have a Sonos or some other synth device you can also use an App like big talker (with or without Alexa) to send status messages to these speakers in real time without having to ‘query’ for message.

Unfortunately, Amazon made this decision and Google followed that pattern. My guess is that these ‘smart’ speakers will never do what you are looking for. Ask Alexa is the closest to making this happen with its message queue options, but no developers have access to the tools to make the speaker start speaking in real time.

I was under the impression that Amazon was going to allow real-time notifications. I guess I will have to settle for the Bluetooth option.

If you want voice announcements in the near future then look for another device.
My guess is that Google Home will have this sooner than Alexa. It already has Chromecast Audio capabillities so it should already be possible to play an mp3 or other audio clip from a SmartThings app.

t already has Chromecast Audio capabillities so it should already be possible to play an mp3 or other audio clip from a SmartThings app.

Mirroring to GH is the same as playing on Alexa via BT. Neither one allows the voice assistant to wake up without being prompted. And I don’t think that would change any time soon…

You are wrong here. GH is a Chromecast Audio device so any app can connect to it and play supported audio formats on it without any user interaction with GH.
To be on the safe side I tried with LocalCast and it played an mp3 stored on my phone. 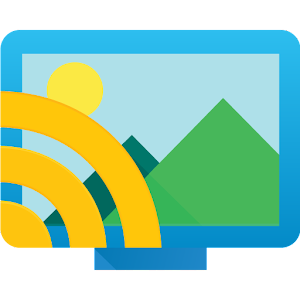 LocalCast is the number one casting solution on Android with over 5,000,000 users!Send videos, music or picturesFROM your phone or tablet, other apps, NAS (DLNA/UPnP or Samba), Google Drive, Google+, Dropbox or a webpageTO a Chromecast, SmartTVs, Roku, Nexus Player, Apple TV, Amazon Fire TV or Stick, Sony Bravia, Samsung, LG, Panasonic and other SmartTVs, Sonos, Xbox 360, Xbox One or other DLNA Devices.// FAQIf you have a problem with LocalCast, please see the FAQ (english only right now):www.lo...

CC has an http API so I don’t see why it couldn’t be invoked from a ST app. I’m sure there are APIs to convert text to mp3 so dynamic content could also be played.