Are these not on sale online? Or did the prices go up today because it’s a new sale week?

Sale prices are only in store according to earlier comments. Try stopping in the BB.

I think they price match on checkout, if you pickup at the store…

No need to price match…they ring up at these prices but online does not reflect the sale price.

About 2.6 inches square, around half the size of a deck of playing cards. 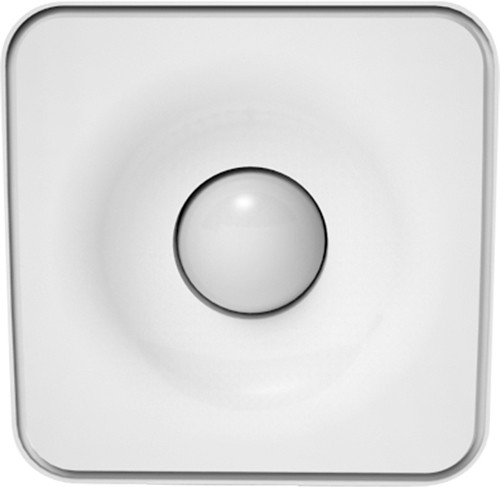 You can see mine here:

Okay the last couple days it’s been working very well, and it is really nice to have when it is working. So as long as I treat it as a convenience, meaning I always have to have a Plan B available, I like it. Here’s how I have it set up. Everything is done with hello home actions. There is no custom code except for the creation of one virtual switch. And I’m using that switch for some other things in IFTTT, not for the actual arrival events in smartthings. You could leave the virtual switch out, and still get the improvements regarding network drop offs. I usually wear my hat when I go out, so I leave my hat In the cupboard with a motion sensor under it. When I’m ready to go I pick up the hat which triggers the motion sensor. This sets the mode to “JD Leaving.” This motion sensor is onl…

Roughly 1/2 the size of the Ecolink Sensors…too bad a pitched my boxes so I cannot return to Amazon. Smaller and less $$$

Well that’s the point… The online pricing doesn’t reflect the sale price. When you order online to pickup at the store, the in-store sale price is matched at the counter.

Oh sorry, I misunderstood you

The only problem with this is that if you order online and pickup in store expecting the price match and the store has raised their prices back up to retail.

I do wish there were smaller ones than these though. While they are small they’re still a little boxy.

Yes… that is a risk. Then its a decision point of paying the non-sale price or returning / declining on checkout. If / when the sale is over… then I would assume the lower pricing is gone.

I thought the same thing about the motion sensors, but the only part that needs to be exposed is “bubble”. So you could camouflage / hide most of the device depending on placement. Comparing with other motion sensors, these are comparable in size… and no wires.

I do wish there were smaller ones than these though. While they are small they’re still a little boxy.

These are the same size as the ones currently sold under the SmartThings brand.

The next generation will be smaller, so you could wait for those, but they will likely cost more. Or look into the Fibaro, but again, higher cost.

The door sensors are alot thicker than the Quirky ones I have throughout the house but for $20 I couldn’t pass it up.

When I check store inventory, it shows that none are near me (or anywhere). Is this typical, or are there really none in my area?

I have several of the PEQ motions and they’re great.

My local Best Buy shows as “available in store” on the website, but not all locations carry the peq devices, on sale or not.

Bummer. I live near a major city. Oh well. I’ll stop in just to double check.

@swindmiller Aren’t the Quirky ones 2 for $40? So pretty much the same price?

@JDRoberts Is that pretty much my only options right now? This size or the smaller Fibaro?

Fibaro looks nice, no clue about performance, but wow, $50 seems expensive. I would like something a little less bulky though.

There are others as well, but I believe they’re all bigger than the PEQ, not smaller:

Thanks @JDRoberts. The Aeotec Multisensor isn’t a door/window per se’ but a true multi, correct?

Are there any other small door/window like the Fibaro?

I’m actually thinking about getting some of the Aeon Labs recessed door modules that I can drill down into a door to install. Then I’m not worried about appearance.