Looking to try and automate a window to open and close when I run a whole house fan. I thought this would be pretty easy because almost all of my windows are casement windows that open with the hand crank.

I was surprised to see that remote control casement window openers are quite expensive. The Truth Sentry II was $250. As a less expensive work around I have purchased a 12v right angle motor for $20. Going to try and see if I can mount the motor in place of the hand crank. It doesn’t take much torque to open the windows so I think my cheap motor should be sufficient.

I also have a crank operated skylight. I guess the torque is greater than most windows, but not much. I’m not a mechanical engineer though…

This has been a project I’ve been piecing together for years, and bought the next round of parts last week. 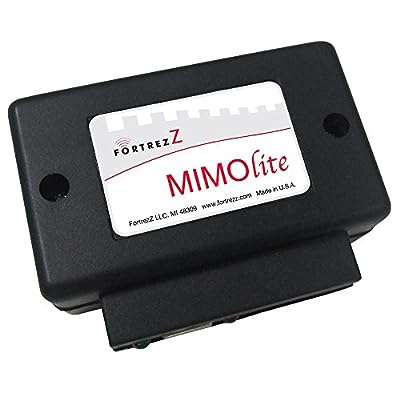 I’m not 100% sure this will work but from the manual i should be able to wire in the MIMOlite to the high priority input contacts and be able to open/close my window via zwave. I’ll let you guys know how it goes.

I’m interested too! My man cave that I will hopefully get around to working on this fall has a bunch of crank windows that I would love to automate at least a couple of them, but the prices I’ve seen wouldn’t be worth it for me. If I can do it with $20 motors, I’d definitely be in. Please keep us updated on how that $20 motor works. If it works well, and you figure out a good way to mount it, I’ll be happy to help with getting it connected with SmartThings.

The biggest issue with automated windows, whether they are skylights, casement windows, or sliders, is safety. Just like any automatic door, these things can really injure someone if they aren’t built to stop when they hit an obstruction. There’s also the issue of operating smoothly enough that the glass doesn’t break. These are the main reasons that you don’t tend to see cheap relays just operating a crank.

That said, people do automate casement windows successfully. The following blog article might be of interest:

When purchasing windows for Quadomated I did a whole lot of searching for the most energy-efficient window that I could automate with some sort of electric motor or actuator.  Initially I was compl…

I forgot the other safety issue: the window is partway open and there is a brief power outage. When the power comes on, does the window closer now know that it should not go the full distance in either direction? This is one of the main differences between purpose-built window closers and simple actuators.

Well i can claim success the Truth Sentry II works well with the Fortress MIMIlite and i know have smartthings control over opening/closing a casement window.

Yes, yes they are, but i chose the Truth Sentry II for all the concerns in @JDRoberts previous post, plus it looked like it had a high probably of success and would look nice once completed. To me the price is well worth it as this 1 project has been years in the making as i replaced all my windows in my home 2 yrs ago and i explicitly chose a casement window in the hopes that some how i could automate it. I spent ~$10k to replace 5 windows so i see an extra ~$600 to automate one fairly reasonable.
Plus i expect this is an automation that will ending up saving me money, once i’m done writing a smartapp to automatically open/close the window based on inside and outside temps and weather i expect to use my AC a lot less during the spring, winter and fall (yes, in TX we sometimes run the AC even in the winter). All in all i expect this automation to pay for itself in under 5yrs and with that point of view i see it as cheap.

The actual installation if you want it to look good is not for the faint of heart. I ended up removing all the plastics from the MIMOlite and its wallwort so i could get them to fit inside the open space of the control panel of the Truth Sentry II Control Panel . The Truth Sentry II Control Panel itself is massive! There is a 2 gang space openening in the sheetrock just for the touch control plus it extends down another 2 gang inside the wall! The power and logic behind the motor are NO JOKE.

I would love to see some photos!

Here ya go pics and video of the finished product, I even through in siri control for the icing on top of the cake. Enjoy!
[Siri voice control of Truth Sentry WLS II via SmartThings to open a window video][1]
Window Motor:

So before reading this post I did something similar but with more devices.

I have the sentry 2 wls window controller.

I used the mimolite for reporting status to smart things. and 2 zwave relays, one for opening and 1 for closing the window.

How did you do it with just the mimolite?

Doesn’t the mimolite only have 1 relay?

How do you set it up in smart things to control both open and close?

From a high level how does the mimolite control both open and close?

My wiringing diagram is a couple post up, that’s how I did it.

You do not have the truth sentry remote controller do you?

I think that the simpler setup using just the mimolite will override the truth remote.

I was initially excited if I could repurpose the zwave relays somewhere else, but after re-reading the manuals it does not look like I can.

So my house came with one truth skylight and the truth remote setup to open and close the window depending on temperatures and rain conditions.

I added zwave connectivity as an extra, and the relays are used like when hooking up to a garage, momentary on/off.

It looks like the mimolite can act like a SPDT, but that means either open or closed is always energized which will lockout the truth remote.

Thanks though I learned something !!

Is there any news about this topic after 3 years?if like to have my crank windows automated.
Thanks!

What news are you looking for? It works…

I just stumbled through here, same goal. I’m not likely to drop a lot of $$ on anything like this - I was pretty stunned by the Truth hardware costs, too. With all deference to safety that’s presumably part of that engineering cost, though, there’s a world of retrofit automotive window setups, and they’re not all mindlessly produced without regard to the danger of severing some kid’s arm or starting a fire when jammed. I believe ALL of these are equipped with current-sensing ckts, so when the motor reaches a (settable) DC current draw, the logic decides that either it has hit an obstruction, or it’s closed (or opened fully). All kinds of hardware along those lines can be found on ebay or Amazon.

The big reason I’m not jumping right into that repurposing project - other than the basic too-many-projects problem - is that the stock casement window crank-shafts on my windows (and most, I think) don’t exit the window frame at a convenient location for retrofitting…in fact, they’re not even orthogonal because the idea is to leave as much clearance around your hand when cranking…so my first search would be for a U-joint or some other flexible drive coupling that would let me hide the motor away, or at least mount it flat against the frame, say. There’s my $.02.